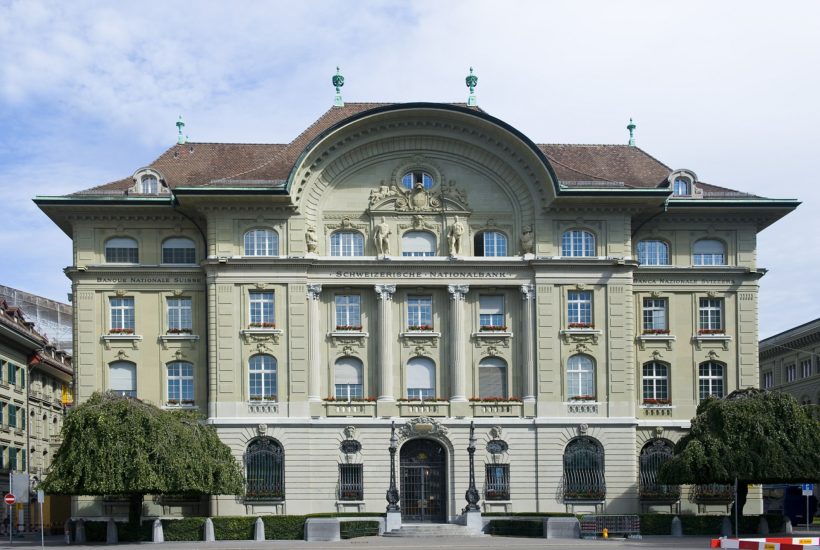 An investment in a cannabis company by the Bank of France sounds inimaginable at the moment. However, its Swiss equivalent, the Swiss National Bank (SNB), has little modesty on the subject. In the first quarter, the bank thus doubled its holdings in Aurora Cannabis, one of the main Canadian cannabis producers, to 4.2 million shares, or $61 million (€56 million) last Monday, May 18th.

The monetary institute does not comment on the evolution of its securities portfolio. At the end of March, it held $20.6 billion (20 billion francs) in shares on a balance sheet of $877 billion (852 billion francs).

Find out more details about the recent investment of SNB in the Canadian cannabis company Aurora Cannabis and be the first to find out the latest cannabis news in the world with the Hemp.im mobile app.

As the Swiss central bank, and thus the guarantor of economic development in Switzerland, the SNB also invests on the stock market. The SNB does not provide any information on the companies in its investment portfolio, except for those listed on Wall Street, since the SEC, the US financial market authority, requires a quarterly report from major players.

The SNB’s investments are validated by the Swiss authorities, who therefore considered cannabis to be a safe haven, despite the tense situation among Canadian producers and record losses. This might be an indication of the forthcoming outcome of medical cannabis in Switzerland.

What is the status of medical cannabis in Switzerland?

Medical cannabis is legal in Switzerland. However, its access remains complicated. In 2019, the Confederation has therefore decided to facilitate the access by allowing doctors to prescribe cannabis directly. Even though, Swiss production of cannabis has been very limited so far and is mainly based on imports.

In March, the Swiss Parliament authorized the cultivation of medical cannabis for Switzerland and for export. At the moment, only 3,000 patients have access to legal medical cannabis in Switzerland, a fraction of those who actually use cannabis to relieve their disease.

Prescriptions for cannabis are dispensed drop by drop by the Federal Office of Public Health (FOPH) and the products are expensive, reaching several hundred Swiss francs per month. Estimates put nearly 110,000 patients who would get cannabis illegally to relieve their disease.

In the future, general practitioners could prescribe cannabis directly, without going through the FOPH. The law could go into action in mid-2021, without indicating the consequences of the coronavirus on the legislative pursuit of the bill.

The project has yet to pass the barrier of the Council of States, which was due to meet during the spring session on the subject before the coronavirus pandemic turned the agenda upside down. By placing its trust in Aurora Cannabis, the SNB could thus be both the driving force behind national production and receive the fruits of this once production has been authorized.

Aurora Cannabis reported a loss for the last quarter

The Canadian cannabis producer Aurora Cannabis reported a net loss of approximately $987 million (€905 million) for the second fiscal quarter with net revenues of $48 million (€44 million), down from $53.4 million (€49 million) in the first fiscal quarter.

The company also said its international revenues from the export of medical cannabis had dropped sharply, from around $3.82 million (€3.5 million) in the last quarter to around $1.52 million (€1.39 million) this quarter. The company attributed the drop to “a temporary interruption in sales” in Germany and Italy. The company’s shares, however, were still up more than 3% after the publication of the financial report.

(Featured image by hslergr1 via Pixabay)