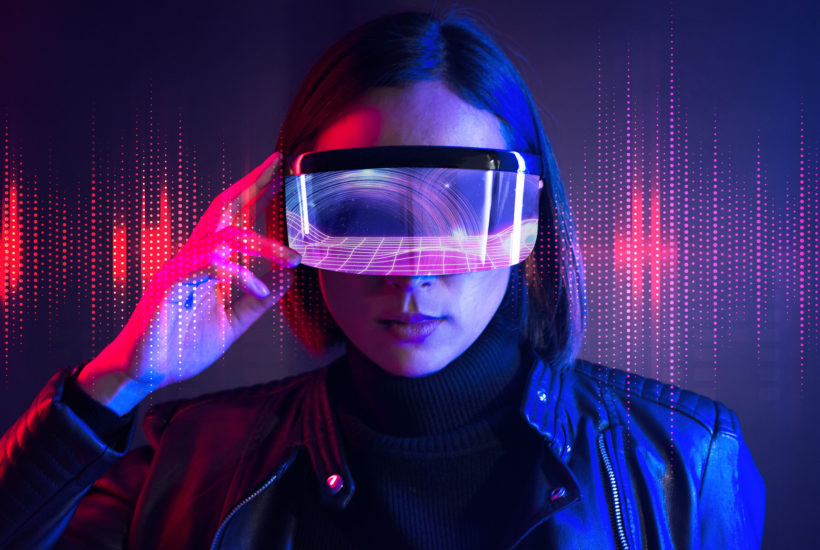 For the last decade, progress in technology seemed to have stagnated a little. While we know that’s strictly not true, from an everyday user’s perspective, that’s certainly how it felt.

Sure, bezels have gotten slimmer. Batteries live longer. But things in tech don’t really seem to have gotten that much faster. At least, not at the same sort of rate we witnessed in up until the first decade of this millennium.

But now we might be about to see dramatic changes that are long overdue. With the limits of the physical materials from which technology is built having been reached years ago, the more innovative companies are now rethinking hardware and software architectures. And some of this is to spectacular effect.

The significance of this cannot be understated. As the pace of innovation in technology picks up again, the next decade promises to become a whirlwind of advancements that most of us will never see coming.

It’s Like Fitting a Supercomputer into a Pair of Glasses

Indeed, Mark Zuckerberg famously said that the technology challenge of AR glasses is the equivalent of trying to fit a supercomputer into a pair of glasses. And he’s kind of right.

But what if we cast our minds back to an earlier time?

Take the Intel Pentium 1 processor, for example. In 1994, speeds were about 60MHz. Ten years later, in 2004, technology had advanced so much that the Pentium 4 was easily hitting close to 4GHz. Basically, computers got about 50-60 times faster in the space of ten years.

From this point it was only a couple more years until the smartphone took off. All of a sudden, we all had something resembling an early-90s supercomputer sitting in our pocket.

Despite the rapid rate of progress in CPU speeds over the years, that all came to a grinding halt once the Pentium 4 started hitting 3-4GHz. Since then, little has changed since then in terms of clock speeds. Unfortunately, the limits of heat and the speed of electrical signals prevent us from going much further than this.

Even if we just super-cooled our computers, they’d still become unstable due to the fact that signals are slow. The time it takes for an electrical signal to travel across an average motherboard is greater than a single tick on a CPU clock. Yes, when you’re dealing with time fractions on the scale of billionths of a second, even the speed of light is slow.

To overcome this, later generations of computers began to implement multiple CPU cores. The theory here is if we can’t make things faster, then we should just get our tech do more things at once. This is called horizontal scaling, and it can work well in certain applications.

Unfortunately, this has its limits, too. While we’ve made some progress in miniaturizing chips more over the last decade (thus we can squeeze more cores onto a chip and use less power), we’re really still only trying to juice the last ounce of performance out of a technology that’s been at its limit for a while now.

With the limits of hardware imposing major limitations, the next generation of major tech advancements will have to come from new thinking. And while it’s taken some time for this to become widespread, things are starting to change rapidly now.

An example of this kind of thinking that emerged about 2014 was the concept of foveated rendering. The idea here was to use eye-tracking technology to determine what parts of an image should be rendered in high quality. The other areas where the eye isn’t looking can then be rendered in a heavily reduced resolution, thus reducing the processing power required to get what is still perceived as a high-quality image.

An interesting example of how rethinking the design of technology will unlock the next generation of exponential gains comes from Deepfake, of all places. Here, NVIDIA has found a way to harness its power to simulate human faces as a way to massively cut down on video bandwidth.

The idea is that it acts like a super-smart compression algorithm. Instead of captuing an entire video feed and forcing that through the internet, the technology captures just enough information to recreate the persons face via deepfake at the other end. The result is a massive reduction in in bandwidth.

When we couple this kind of thing with 5G technology and other advancements in internet speed, what we end up with is a sort of superfast internet that isn’t just a little bit faster. Now we’re talking about speed gains on the order of 50-100x. And this could all happen over the next few years.

What This Means for Investors and Companies Like Xrapplied

While we’ve had a period of relative stagnation in tech progress, the signs are emerging that creative thinking is about to unlock a new era of progress. Things are about to take off again. And when they do, it won’t take much more than the blink of an eye to suddenly find ourselves with sleek, powerful AR glasses strapped to our heads.

As for what this means for investors, it’s a tricky one. From where most of us sit, it’s hard to see what technology is going to find a place in this ecosystem. All we can tell is that, while a lot of experiments will inevitably fall by the wayside, some of what’s coming out now is going to make a huge impact.

With this in mind, the wise move would be to look towards companies that are positioned to capture the maret this is all inevitably going to build: the AR and VR market. It’s becoming increasingly evident that it’s the new computing platform—it’s only a matter of time until the tech needed to make it practical becomes a reality.

This is why companies like XRApplied (CSE: XRA) make smart bets.

With an industry agnostic and diversified approach to building its tech, XRApplied is an AR and VR development company poised to capture a big portion of the coming demand for AR and VR. They’ve positioned themselves like this through the creation of a range of software development tools that are not only cross-platform, but also allow companies to rapidy push a small set of assets into a fully-fledged AR/VR ecosystem of apps.

To find out more about XRApplied, visit the company’s VR and AR solutions website here.