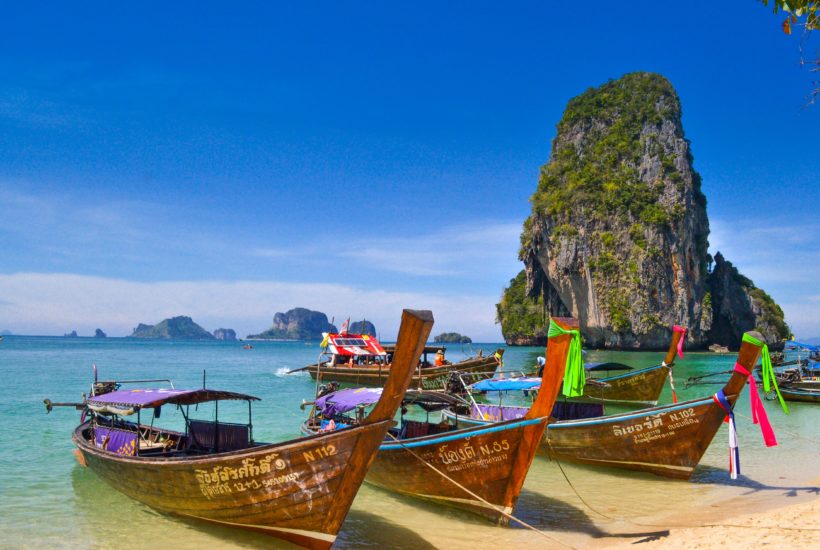 The cannabis tour was planned for this year, but the coronavirus pandemic stopped it. That’s why the Ministries of Tourism & Sports and of Public Health in Thailand are announcing it for 2021: an informative and touristic trip along cannabis plantations in Thailand. Partly for their own population, partly for tourists from abroad.

Starting next year, Thailand will have an extra tourist attraction next to the beaches and temples: medicinal cannabis. Both ministries that deal with cannabis in Thailand announced this last week through the media. “Eight Thai provinces will be part of the cannabis tour,” according to the newspaper Bangkok Times.

With this, Thailand takes another firm step towards becoming the number one cannabis country in Asia, although we have to report that it is not all that much on that continent in terms of legalization and so on. The two Thai ministries announced the plan after they gave a final blow to the plan for cannabis plantations all over the country.

According to Phiphat Ratchakitprakarn, the Minister of Tourism & Sports, the goal of the cannabis campaign is to ‘raise awareness for medicinal uses of cannabis and inform those interested in growing the plant about the law.’

“In the beginning, the program aims to educate the local people so that they can set up a joint venture that competes to become an authorized cannabis grower,” said Minister Phiphat. This program will pave the way for a basic understanding of cannabis and its economic benefits.

Herbal tourism (including the cannabis plant)

The Ministry of Tourism is therefore also going to cooperate with their colleagues at the Ministry of Thai Traditional and Alternative Medicine in promoting “medical tourism including herbs and cannabis for traditional medicine.”

In an agreement between both ministries they state that they want to “stimulate the Thai and foreign markets by developing and promoting these tour routes.” Minister Phiphat is convinced that this will enable the local population to tap into new sources of income thanks to “better skills and knowledge of cannabis and herbal tourism.”

It all fits in with Thailand’s fairly new policy of embracing medical cannabis, after a fierce war on drugs until the end of 2018. On August 4th of this year, the government approved an amendment to the Opium Law, allowing private physicians – including some traditional healers – and farmers to grow the cannabis plant for medical treatment. Previously it was only the state-owned companies/clinics and doctors who were allowed to do such a thing.

Besides the cannabis tour, the minister also announced a large cannabis exhibition in Buri Ram, next October. The exhibition could strengthen the position of Thailand as a medical cannabis center in this region as it will welcome international sellers and buyers related to this medical science’, according to the Bangkok Post.

However, the recreational use of cannabis remains prohibited in Thailand. With the tour, the government wants to reassure the local population, since apparently not everyone in the countryside dares to believe the new drug policy.

The minister concluded: ‘We have to consider cannabis as a legacy from the past that is worth preserving. Its medical properties were later confirmed by modern research. The Thai have been using the plant as a medicine since the time of King Narai.”