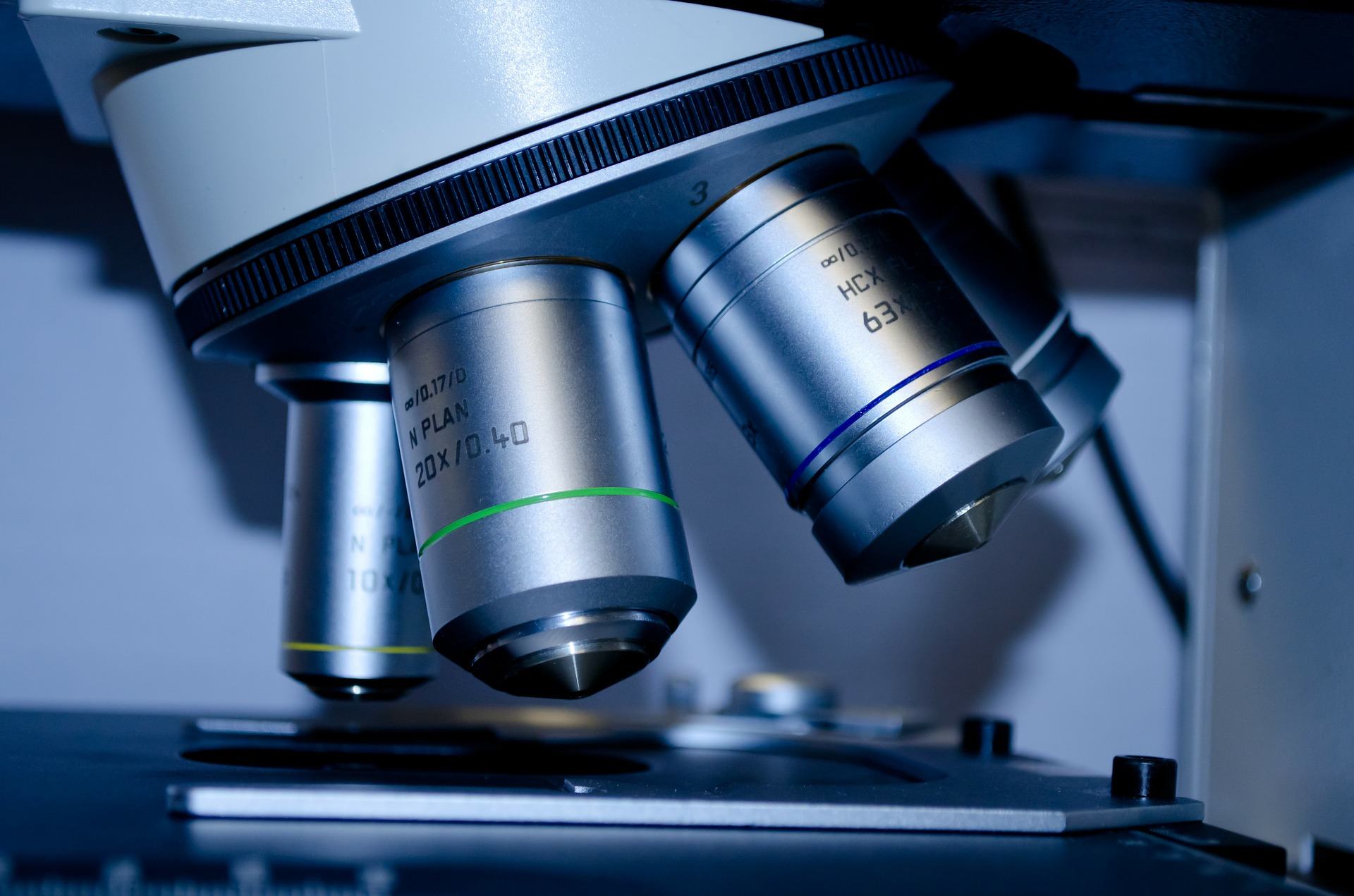 In 2000, dozens of former NASDAQ leaders from both the technology and telecommunications sectors struggled to stay afloat and eventually went out of business. The composite of the second-largest exchange in the world lost 78 percent of its value and fell from 5046.86 to 1114.11. Economists called it the Dotcom Crash, or the 2000 NASDAQ meltdown, either to serve as a cautionary tale or a mere reminder that no boom really lasts forever.

It’s quite effective. An undeniable fear is now permeating through the biotech market, an industry that’s on the rise at the moment. Some experts believe that the recent biotech boom will go nowhere but down. In fact, Fed chair and economist Janet Yellen thinks that the industry is already in a bubble, a statement that infuriated biotech firm owners and analysts.

“Valuation metrics in some sectors do appear substantially stretched—particularly those for smaller firms in the social media and biotechnology industries, despite a notable downturn in equity prices for such firms early in the year,” Yellen was quoted as saying by Forbes. 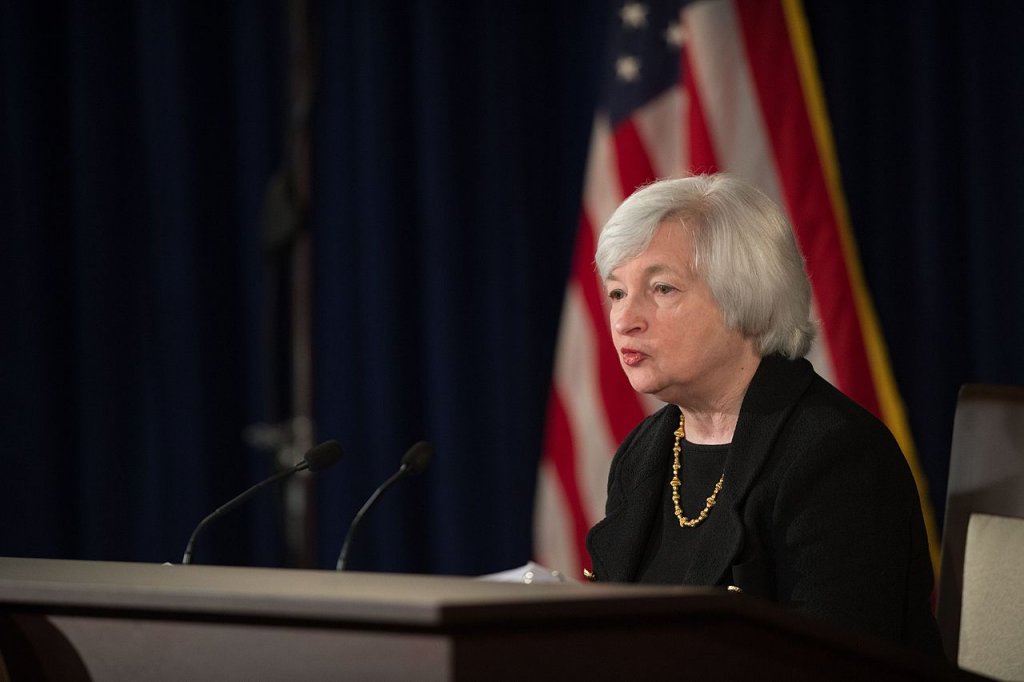 Federal Reserve System Chair Janet Yellen (pictured) received backlash from owners of biotech companies and analysts when she said that the biotech industry is already in a bubble. (Source)

Mark Schoenbaum of ISI Group argued, however, that although the biotech market is overvalued, it does not mean that it’s in for a giant crash. “My data show that the current ratio is roughly in line with the historical median and is approximately 40 percent below the peak,” he told CNBC.

For most economists, the biotech industry’s current state is way different from that of tech and telecom industries that ruled the last decade of the past century, as well as how investors played the game.

This number paved the way for more IPOs, as it encouraged drug and biotech firms to cash in on increasing investor interest. Last year, 53 biotech and pharmaceutical companies announced public offerings, which was a record-breaking event for the entire market. According to Bloomberg data, the new IPOs represented a 175 percent and 43 percent increase year-on-year, respectively. 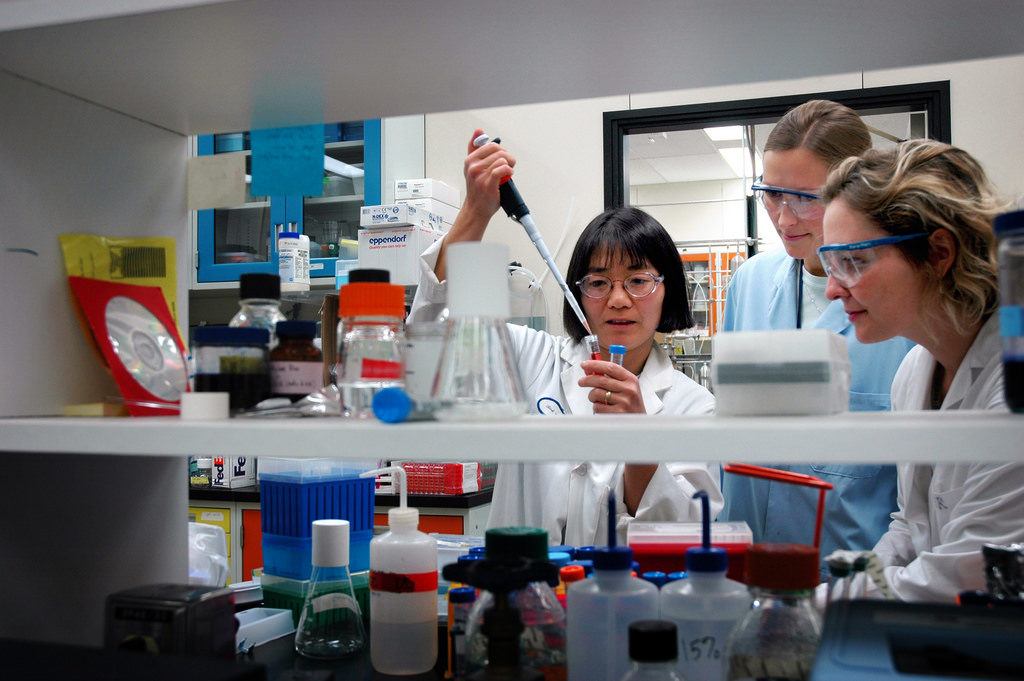 The number of pharmaceutical and biotech companies that announced public offerings reached a record high of 53 last year. (Photo by Idaho National Laboratory via Flickr. CC BY 2.0)

The greatest lesson that the Dotcom Crash taught investors is the importance of in-depth scrutiny. Most of the investors today will not just put money on the hottest stocks featured on a certain website or mentioned by an expert on a TV show.

Knowing that biotech is a volatile investment, investors have become more painstaking in doing their homework and following stocks. The marketability of an experimental therapy, as well as its approval from medical authorities, is one barometer that investors use to gauge the future of a biotech company, or if it’s worth investing in.

But what is unusual with the biotech market is that it is not just all about the money. The industry is all about improving human lives in terms of overcoming and battling fatal diseases. This explains why it has investors’ undying attention.

Nascent Biotech, Inc. (OTC:NBIO), for instance, is convinced that by developing human Monoclonal Antibodies (mAbs), an immunotherapy for different types of cancer can be introduced to the market in the near future. A lot of investors are convinced that the company can pull off a convincing outcome, resulting to an SBIR Grant for brain cancer therapy and a successful non-brokered private placement round for aggregate gross proceeds of $ 1.2 Million.

The advantage of accessing high-growth companies in biotech is that the options are unlimited. The number of biotech and pharmaceutical firms are growing every year. In 2014, 79 of the 275 companies that went public are comprised of biotech companies. Renaissance Capital said that these stocks are 78 percent above their offer price.

Most experts just ignore the idea of a possible bubble because it is far from happening. Indeed, a bubble is always the last stop of all booms, but to think about it this early is rather unhealthy. Biotechnology is far from its peak and is growing bigger, and this year will be a very important one to determine how big it will become in years to come.