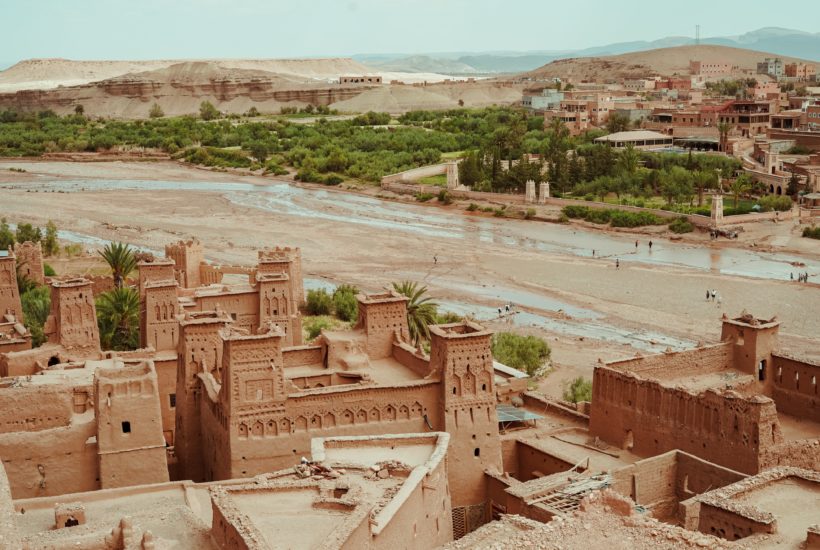 After a contraction of 6% in 2020, domestic demand, which is an important lever of economic growth, has gradually started to recover. In the first quarter of 2021, it grew by 3.5%. The dynamics continued in the second quarter of 2021 where household consumption has strengthened by 18.9% and according to the HCP, which revealed these data, household consumption should end the current year at 3.1% in volume with a contribution to the economic growth of 1.8 points.

The optimism of households and businesses is increasingly back, since the beginning of the year

According to the High Commission for Planning (HCP), which states in its note on the economic situation in 2021 and its prospects in 2022, this trend is the result of the control of the pandemic situation and the smooth running of the vaccination campaign. In any case, it is already reflected in the recovery of domestic demand, which had fallen sharply last year in the midst of the health crisis.

Domestic demand has, in fact, increased by 3.5% in the first quarter of 2021 instead of 0.1% in the same period of 2020. According to the HCP, which reported in its briefing note on the national economic situation in Q1-2021, this demand has contributed for 3.8 points to national economic growth instead of 0.2 point. In this context, the final consumption expenditure of households has increased by 2.4%, contributing for 1.5 point to growth, said the same source, adding that the final consumption of government has shown an increase of 6.2%, with a contribution to growth of 1.3 point.

It should be noted that despite this false note, domestic demand has continued to recover in Q2-2021. According to the HCP, household consumption has, in fact, strengthened by 18.9% instead of 2.4% in Q1. It was driven in particular by an increase in purchases of foodstuffs, manufactured goods and transport, catering and leisure services. General government consumption rose by 5.3%, compared with 6.2% in Q1, in line with the increase in administrative operating expenditure. Gross capital formation (GCF) also continued the upward trend that began at the start of the current year, increasing by 5.5% compared with the previous year.

SEE ALSO  Over 50 and thinking of retirement? Maybe you should reassess that

The investment effort had thus been maintained for the capital goods and manufactured, in a context of recovery of the local demand and dissipation of the difficulties of supply particularly from outside. Imports of capital goods have increased by nearly 50%, during the two months of April and May 2021. Investment in construction has also continued its upward trend, benefiting from the recovery in real estate demand and supply in a context of a 4.4% increase in real estate loans, at the end of May 2021.

Yet inflation rose by 1.7 percent

Yet consumer prices accelerated sharply in Q2-2021. Inflation accelerated for the first time since the beginning of the pandemic, reaching +1.7% year-on-year, after remaining low throughout the year, in line with the health context.

According to the HCP, this acceleration in consumer prices was driven by a 2.1% rebound in non-food prices and a 1.3% increase in food prices. Non-food prices, which had declined significantly a year earlier (-0.2%), in the wake of the decline in energy prices during the shutdown during containment, thus recorded, their largest increase since the third quarter of 2014. This development was attributable, mainly, to the recovery of fuel prices (+0.5 contribution points), reflecting the acceleration of energy commodity prices, due to the recovery of the global economy, which was combined with the acceleration of manufactured goods prices (+0.9%, after +0.4% in the previous quarter) and, to a lesser degree, the slight increase in services prices (+1.9%, after +1.8%). In terms of manufactured goods, the rise was mainly in the prices of clothing, vehicles and microcomputers, driven by increased demand with the reopening of the economy and constraints on supply.

In the same vein, the evolution of service prices was supported by the rise in the cost of hairdressing and bathing. In this context, core inflation, which excludes prices subject to government intervention and volatile products, grew by +1.1% year-on-year, compared with +0.6% in the previous quarter. On the food side, higher prices for imported agricultural commodities (sunflower, corn, barley, soybeans, etc.), in connection with the decline in harvests in the main producing countries, were largely responsible for food inflation. The prices of poultry meats (+0.3 percentage points), oils (+0.2 percentage points), eggs and dairy products (cheese in particular) were particularly affected by this increase. The recovery in food prices also resulted from the rebound in fresh fruit prices, with a +0.3 point contribution, after -0.1 point in the previous quarter.

This increase was somewhat mitigated by the decline in citrus prices (-0.1 point of contribution). In short, despite this tense price situation, the situation has been contained thanks to the spectacular recovery of the national economy, which recorded growth of 12.6% in Q2-2021. This development was driven by the 19.3% increase in agricultural value-added and the 11.7% rebound in non-agricultural activities, attributable in part to the effect of the basic adjustment related to sanitary confinement.

Household consumption should end the year with a 3.1% increase in volume

In all likelihood, this revitalization of domestic demand will continue until the end of the year, the HCP predicts. Thus, in Q3-2021, currently underway, and for the third consecutive time, it will continue to recover, driven by the increase in household spending, in a context of strengthening purchases of food and manufactured goods and an increase in spending on restaurants, leisure services and transport. At the same time, public spending is expected to remain relatively dynamic, with public consumption rising by around 4.3%.

As regards the last quarter of 2021 and ultimately the whole of 2021, the HCP reveals that household consumption is expected to increase by 3.1% in volume terms, after a 4.1% fall recorded in 2020. Its contribution to economic growth would thus be 1.8 points, after a negative contribution of 2.3 points in 2020. At the same time, government consumption should also consolidate its upward trend in 2021, increasing by 5.1% instead of 1.7% in 2020, to make a 1.1 point contribution to economic growth in 2021. Thus, national final consumption should experience, in sum, a positive growth of 3.7% instead of a decline of 2.5% in 2020, contributing positively to growth by 2.9 points instead of a negative contribution of 2 points in 2020.