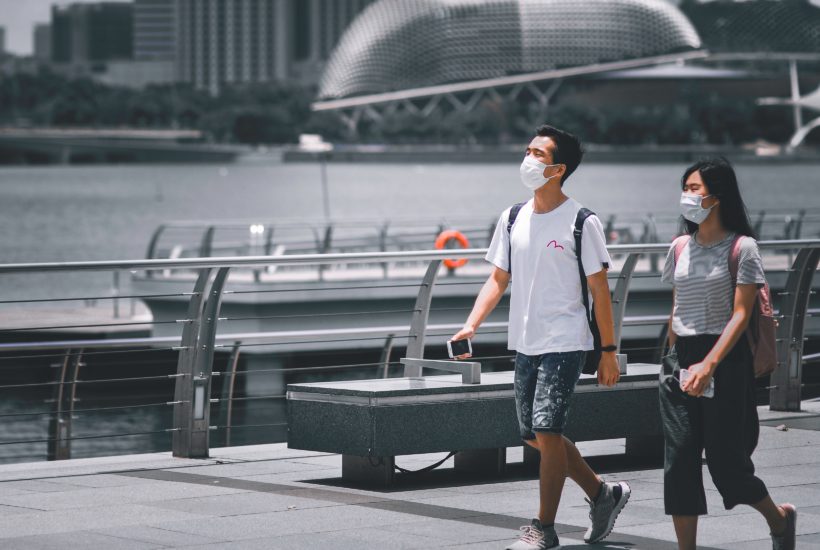 The greatest socio-economic question of our time might be: how does a nation deal with, and recover from the commercial effects of coronavirus?  The best answer to that question might be: create a Sovereign Wealth Fund (SWF).

As a result of the virus, we have a social, economic and commercial landscape that has been transformed in a matter of weeks.  Some parts of the economy are booming, others have stopped, dead in the water.  Uncertainty haunts the land.  Will it all be over by Christmas?  Which Christmas, and what does “over” mean?

In theory, the nation’s economic resources will realign themselves and sort everything out; but we know that theory and practice are different things.  One huge difference is in the time it takes to effect change.  If we want an organic solution to this monumental problem, we must wait.  How long?  Who knows?  How long does it take, after such a shock to retrain, re-tool, move assets, rebuild structures?  The best guess answer to that question is: too long.  By the time the change arrives, thousands of businesses will have failed and hundreds of thousands, quite possibly millions, will be unemployed.  The nation cannot afford for that to happen.  But what can stop it?

A time for super-powers

We don’t have superheroes as such, but we do have the government.  It can step in and, in this instance, with one sweep of its legislative hand bring relative stability and calm.  The government can, quite literally, buy the time that is needed to allow the organic, more traditional solutions to take root and grow.  The government must tend the field of acorns until the forest of oak trees starts to grow.

It’s all about the risk profile

Realistically, no commercial, financial enterprise can afford to accept the risks inherent in the actions now needed to effect the rescue.  That’s not a fault or failing; it’s a reality of commercial life. The rules and regulations that control financial risk-taking are vital and cannot be relaxed now – that would create a store of future problems that, if and when realized, could cause new economic damage. We cannot let one socio-economic catastrophe lead to another.

The nation, acting through the SWF, can rely on the law of large numbers and advance on the assumption that, of the millions of SMEs, the typical performance will be positive. Some will fail, of course; but there will also be stellar performances. Taken as a whole, the economics should be good.  And, more than that, the regenerative effect of the SWF’s actions will be invaluable. That’s how the SWF differs, fundamentally from traditional funding sources.  The SWF values national wellbeing as an asset of the enterprise.

SMEs, the economic power of the people made manifest

The needs and dynamics of each segment of the UK economy are different and there is no “one-size fits all” solution to the total problem.  Therefore, we need to look at particular solutions for particular segments; and, because of its relative scale in the UK economy, small and medium sized enterprises (SMEs) demand immediate attention.

SMEs provide huge amounts of employment and, generate wages, dividends, capital growth, and tax income.  Importantly, in the SWF context, SMEs can be seen as a natural, national resource in the way that subterranean, national reserves of coal, oil and gas have been in the past.  If a SWF works for them, why not for SMEs?

It’s a long road out

Let’s be honest: the people of the UK will fund the rebuilding of the UK economy.  The cost of surviving this pandemic will hit us, today and in our lifetime, but it will also flow forward long into the future.  This is a national, long-term problem.  Therefore, a national, long-term solution is appropriate and the SWF is a well-understood vehicle for delivering that solution.

The SWF will last for a long time  – the US Small Business Administration is a great example – but it will evolve.  Initially, the focus will be on short-term survival for as many businesses as possible.  It must plug the hole in the hull with whatever is available to keep the vessel afloat.  Then, when the emergency is over, the long-term repairs can be made.  There will be time to look for better solutions, better structures; time to transform the original structure into something more elegant and refined.

The NHS and wide caring community can benefit

The SWF allows the nation to share in the growth that the nation’s money and resources will be helping to create.  It will manage the flow of national (taxpayer) funds into SMEs in return for equity-ownership, interest payments, or both. In this way, the SWF will secure its investments and create the opportunity for increasing wealth in the future; a wealth that can be shared among the people – a return on investment.  And, there’s no reason why some part (or even all) of that return shouldn’t be directed at, for example, the NHS and other “caring” organizations.  Imagine that, a SWF that delivers funding to good causes.  The moral dynamic of that is likely to have material, and deep positive consequences.

No one left out

The SWF can be staffed from the huge reservoir of business and commercial talent that exists in the UK.  Regional hubs can be established to ensure local focus on local issues.  The SWF will be centrally managed, but its activities will be dispersed across the land.

Banks and other institutions, including pension funds and insurance companies, who want to participate in this enterprise will be welcomed. These institutions are not able to behave like the SWF because the risk profile is too difficult for them – this is why the current solutions are failing.  However, they should not be precluded from supporting the SWF.  They can lend to it and remain within their industry regulatory framework.

Wellbeing as a prime motivational force

This would be a genuinely new and ambitious project; one that captures so many elements of modern economic thinking.  The profit motive will be present, but it won’t be paramount, and, as noted above, it might be directed towards good causes.  The SWF can’t run at a sustained loss over a long period and it’s not meant to.  It’s not uncommercial. Rather, it’s “sociomercial”. It combines social wellbeing with commerciality so as to deliver more than just hard currency, financial returns.

(Featured image by Victor He on Unsplash)

Chris Parr is a UK solicitor and Chair of the Genesis Initiative Ltd. Covid 19 Working Group