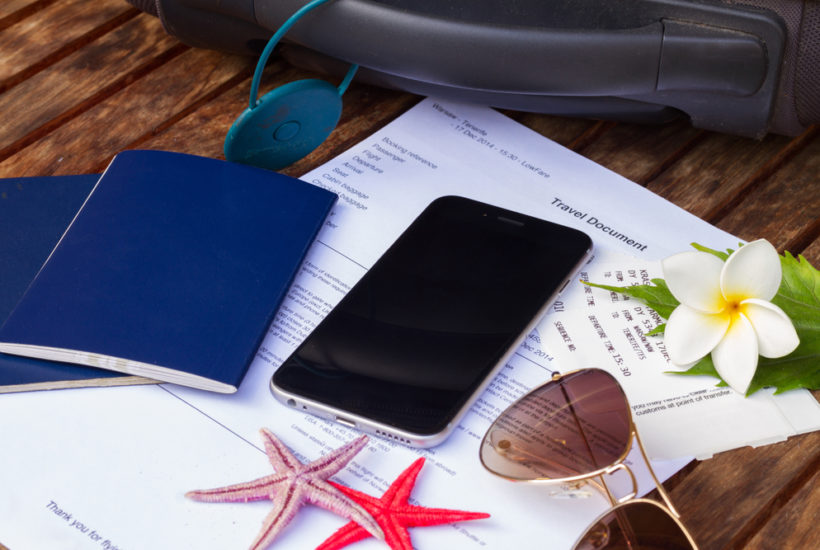 Chrysoula Chrysogelou, a hotel manager from Greece, was flying from Athens to Chicago recently when a Lufthansa agent told her—wrongly, as it turned out—that her permit from the U.S. Customs and Border Protection’s visa waiver program (ESTA) was invalid.

Because it was going to expire before she returned home, she had to pay $522 for an earlier flight. She hoped Lufthansa might refund the money once it realized its error, but it refused.

Travel document requirements can be complicated, but as Chrysogelou found out the hard way, they’ve become even trickier lately.

Passengers say that on top of having to obtain the proper visas for their destinations, they also now must meet an airline’s requirements, which can be even stricter. And even when airline staffers know the rules, those rules can be unevenly enforced.

So, unfortunately, it’s on you to make sure you dot every “i” and cross every “t” before you board your plane to Europe this summer.

These days, you may have to jump through extra hoops at your airline’s check-in desk before you even make it to passport control.

Visa waivers may not be enough

If you’re traveling internationally, you might need a visa, which is an endorsement on your passport indicating that you may enter a country. Americans don’t need visas to enter 116 countries—including 26 in Europe—for short-term tourism, business or layovers on the way to a non-treaty country. However, some popular destinations such as China require U.S. citizens to obtain visas.

In Chrysogelou’s case, she qualified for a visa waiver for her trip to the United States. And while the waiver was valid when she began her trip, the German-based Lufthansa imposes an additional requirement: Passengers must have valid documents for the “entire duration” of their stay. (After I asked Lufthansa about her case, it rescheduled her flights to her original dates.)

In other words, you need to know how long you can remain in your destination country without a visa. If your trip exceeds that period—typically 90 days for U.S. passport holders visiting European countries on business or leisure trips—you need to obtain a visa through the embassy of the country where you will spend the bulk of your visit.

Chrysogelou isn’t the only traveler with a tale of woe involving travel documentation and misinformed airline agents.

Atif Shabbirdin, a building manager from Boxhill, England, says his wife, who resides in Spain, ran into trouble when she tried to fly EasyJet from Malaga, Spain, to London.

“An EasyJet representative wrongfully stated that because she had a Moroccan passport, she needed a visa to join me in the U.K.,” he says. “Prior to her travel, we had checked with the Border Control telephone helpline and were told there were no visa requirements.”

“EasyJet would not budge until my advocacy team showed it chapter and verse of the entry requirements,” he recalls. “It then apologized and refunded the unused airline ticket. The airline also covered her expenses and the ticket she had to purchase.”

There’s also the case of Anita Tolani, an attorney from Bethesda, Maryland, whose Bahamas vacation was imperiled when American Airlines wouldn’t let a member of her family board their flight from Washington, D.C., to Nassau.

“The gate agent would not allow my daughter to travel because her passport expired in February,” she says. “The agent insisted that the passport had to be valid for six months after the Dec. 20 date of return.” (As noted above, that is a recommendation from the State Department, not a hard-and-fast requirement, as the airline employee insisted.)

The State Department information page regarding travel to the Bahamas is clear: U.S. passports, it says, “must be valid at time of entry.” American has a separate policy requiring all passports to be valid for at least six months past the date of travel.

I reached out to American about Tolani’s case, and it issued two ticket vouchers, plus two more $200 vouchers for her “trouble.”

Know the rules—all of them

Experienced travelers know that they need to know the rules before they travel. Get them from a reliable source – namely, a government agency. Then bookmark the relevant document on your smartphone and, to be extra safe, bring a printout, too.

“The only sure way to know if you have the right visa is to visit the official government website for the destination country and check the requirements for your passport,” says Eric Wychopen, a frequent traveler and blogger based in Maastricht, Netherlands. “Going by the experience of other travelers or even relying on third-party visa providers is not a guarantee that your entry documentation is in order.”

Bottom line: Even if you think you have the right documents for your summer trip, you may also bump up against airline policies that might ground you. Check with your airline, cruise line or travel agent if you have any doubts.

Where to find reliable information about travel documents

To ensure you can make your international trip smoothly, you’ll want to consult these sources. Make printouts of the appropriate pages and take them with you.

The State Department lists the most current passport and visa requirements for U.S. citizens. You may also want to check with the embassy of the country you’re visiting. For example, if you’re headed to France, you can find out about its travel document requirements through its embassy in Washington.

The most reliable non-government source of travel documents information is Timatic, which you can access through the International Air Transport Association’s Travel Centre. Tom Harriman, an attorney based in Washington, D.C., says Timatic information carries a lot of weight with airlines when there’s a question about your travel documents. “You hand the gate agent the Timatic printout,” he says. “Game, set, match!”

Remember, the airline’s requirements can differ from the official government requirements. For example, as Tolani found out, if you want to board an international flight on American Airlines, your passport must be valid “for at least six months” after the date you enter a foreign country – even if the State Department’s information page says otherwise. For help getting started, do a Google search for “international travel documents” or “required travel documents” and the name of your airline.