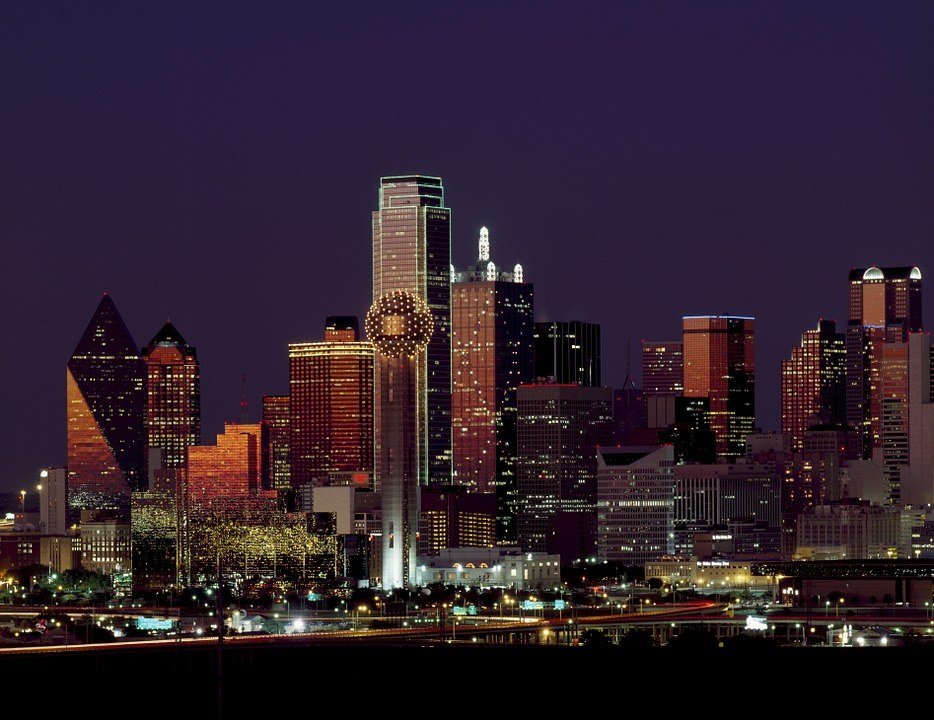 There’s ideology. And then there’s reality and outcomes. Unfortunately, the trade war overtures in the name of fairer competition, disfavors jobs in the red states far more than in the blue ones.

Last time, I looked at how curbing immigration is likely to be a major factor tipping us into the next recession. That recession will turn into a depression, given the extreme bubble economy created by QE policies, and now tax cuts.

Trump quickly learned in 2016 that the top Republican voters’ “hot buttons” were immigration and unfair foreign trade agreements. These were the far right’s concerns. But his trade policies will hurt the red states more, as the chart below demonstrates.

The far left campaign of Bernie Sander’s was more about the 1 percent taking all the gains, and the corruption of Wall Street. As it turned out, everyday voters cared more about those hot-button topics than the rich getting richer.

And more of the everyday blue-collar democratic voters leaned towards the right on Trump’s issues. That’s how key swing states in the Midwest were won, earning the electoral college despite losing the total vote.

The red states have exports of $2.1 million versus blue states at $1.7 million. That’s 24 percent higher for red state exports.

But the numbers get worse. When you look at exposed jobs in red states at 3.9 million versus 2.5 million in the blues states, things don’t look so good.

The red states have 56 percent more exposed jobs than blue states. The chart below shows the states that have a higher median exposure of 9.8 percent of GDP to the tariff retaliation expected. 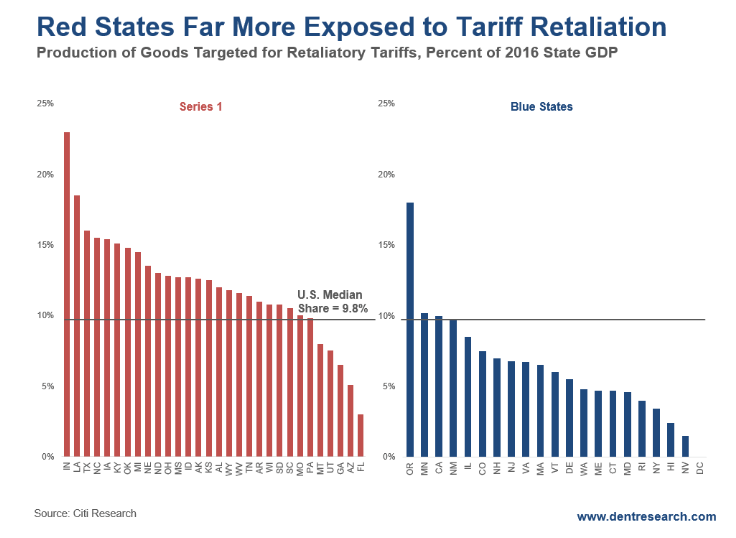 Texas, the largest, is at 16 percent.

There are only four out of 20 for the blue states, with Oregon the highest at 18 percent. And the largest, California, near the median at only 10 percent.

Also, notice how there are 30 red states against 20 blue. The red is generally more rural, while the blue more urban, which means less territory, but higher density (and hence more liberal).

It was the rural-leaning states that gave Trump the edge in winning the white swing voters there at more like 80 percent. And it also favored him in the electoral college, which favors space over density.

Red states, being more numerous and affected, had a specially large impact on the Senate. Each state gets two, regardless of population (unlike the House).

The red states with the highest exposure to GDP, in order, are Indiana, Louisiana, Texas, North Carolina, Iowa, Kentucky, Oklahoma and Michigan.

The blue states are Oregon, Minnesota, California, and New Mexico.

So, we’ll see how those swing voters feel when they start losing their jobs. And a recession—an eventual depression by my forecasts—will clearly hurt the incumbent president and his party. This will very likely happen by early 2020, just ahead of the next major election.

When the 1929 crash and Great Depression set in, a businessman (Hoover) had been elected in 1928 as a Republican.

And who won big in 1932? Well, you should know the outcome of that by now.