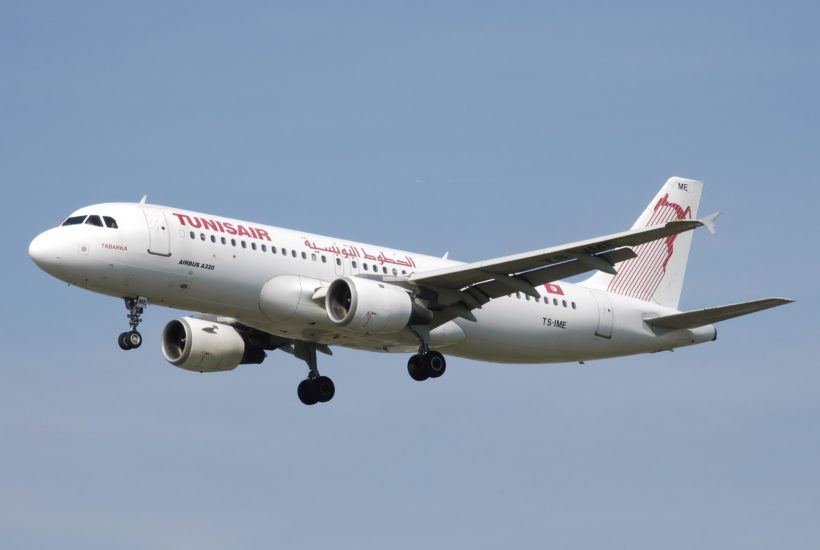 For the national airline Tunisair, the situation was not rosy in January. The company, 62% state-owned, is experiencing a difficult period. The question of the company’s survival is no longer a taboo in Tunis. Elyes Mnakbi noted: “The epidemic is hurting us a lot, but we were already living through a difficult period before.”

A CEO for the past three and a half years added, without wishing to overreact: “We will only survive for a short time.” Since the confinement and the closure of the borders, the aircrafts are on the ground, except for some eighty repatriation flights of Tunisians made in Europe, Asia, and the Middle East. Salaries and bonuses were paid in March and April and will be paid in May. What about June? “We are waiting for government aid, but we are told that the state of public finances is not good,” sighed the CEO.

If you want to find more information about Tunisair and how close the company is to bankruptcy, and to read the most important economic news from around the world, download the Born2Invest mobile app.

A rescue plan for the survival of the company

A rescue plan has just been added to the restructuring plan signed in May 2019. It has been deposited on the desk of the new Minister of Transport, Anwar Maârouf. The document lists a series of requests in order not to come close to “Article 388 of the Code of Commercial Companies, which induces bankruptcy when the company has consumed its own funds in relation to its capital. Classic in these dramatic times: request for the postponement of deadlines for six months, postponement of debts with the Treasury, and exemption from charges.”

“We need $34.3 million (100 million dinars) by the end of May in order to pay salaries and bonuses, to be able to restart the company, pay our suppliers, buy fuel,” said Elyes Mnakbi, adding that “it’s urgent!”

The Airbuses expected for 2021 (three Airbus Neo) and 2022 will be the subject of renegotiation. The company risks having “recourse to economic unemployment from May to October for a large part of its staff”, the CEO continued.

Three crises since the revolution

Tunisair’s setbacks do not date back to 2020. According to an internal source within the company, “since its creation in 1948, it has been profitable until 2009, posting a profit of $34.3 million (100 million dinars) for that year.” The revolution came about, mechanically causing a slowdown in the economy.

The workforce increased to 7,500 employees for the entire group, the parent company, and its six subsidiaries. The wage bill jumped from $75.5 million to $130.4 million (220 to 380 million dinars) in six years. In 2014, the conflict in Libya put an end to the 69 weekly flights. Five hundred thousand passengers per year disappeared, and a significant advantage: the planes were supplied with Libyan kerosene at very advantageous prices. The attacks of 2015 shattered the tourist industry.

Tunisair then used the price lever to win back a European clientele, a courteous term to signify a drop in prices. The fleet, which had 32 aircrafts in 2008, now has only 28, of which “17-18 are in working order,” the others lack spare parts and new engines, as money is lacking. The devaluation of the dinar – its value against the euro or the dollar has been halved – is weighing heavily on the purchase of kerosene or airport charges in greenbacks.

It was not until 2018 that the company had a 74% fill rate. A pricing policy “worthy of the private sector,” according to an internal source, has made it possible to earn an additional $170 million (500 million dinars). The publication of the 2019 results is still awaited.

The company is in a very difficult situation. It is being asked to deliver private results while carrying out public missions at the same time. In order to open Tunisia to Africa, some lines have been opened (Niamey, Cotonou, Conakry, etc.). Flights from Paris and Lyon are maintained to the city of Tozeur: “We are losing $1.37 million (4 million dinars).” A choice that only politics can solve.

Should Tunisair be a private company in its management, “European-style”, or “at the service of the State as Royal Air Maroc is.” It is specified that this means that “the State covers the losses every three years”. The opening up of the capital (Air France holds 5%, the Tunisian State 62% and the rest to small carriers) comes up against an ultimatum from the trade unions: that Tunisia retains the majority, 51%.

SEE ALSO  5 Asian cultural festivals you need to know about

Rumors of privatization, the names of Qatar Airways, or Turkish Airlines are circulating, will remain rumors. “If Tunisair is privatized, the whole castle of public companies will collapse, and that’s what the unions don’t want, that’s the red line.” The UGTT, the historical trade union center, is no longer hostile to the entry of a private partner.