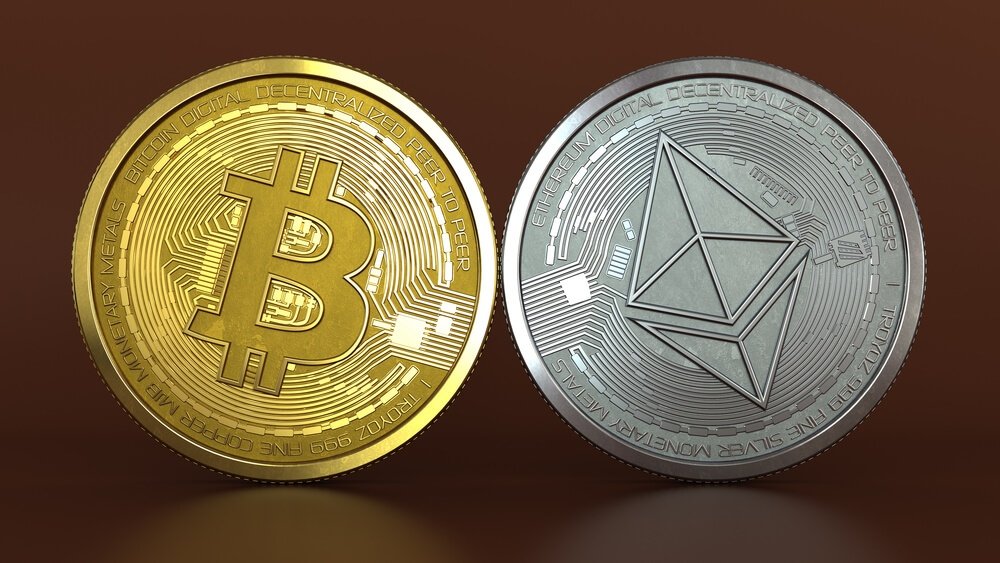 Cryptocurrencies are digital currencies that use blockchain and encryption technology to validate transactions and control and regulate the process of generating new currency units.

Cryptocurrencies are decentralized, which means that there is no central server nor are they backed by an authority (like the government). You can literally send and receive money without any middlemen, such as banks.

At this moment, there are more than 2,000 digital currencies. Luckily, BitcoinPlay comes to the rescue with its handy infographic, where you will find the most important stats about the top 26 cryptocurrencies.

Bitcoin, the very first and still the most popular decentralized cryptocurrency, was released in 2009 by anonymous Satoshi Nakamoto. Since then, it has had a market cap of a little above $140 billion and a circulating supply of a little above 17 million BTC.

One of the popular cryptocurrency giving Bitcoin a run for the money is Ethereum.

Ethereum was conceptualized in 2013 by Vitalik Buterin but was released on July 30, 2015.

Although Ether and Ethereum are two different concepts, people mostly mistake one for the other. Ethereum is a blockchain-based platform which features smart scripting functionality, while Ether is the cryptocurrency generated by the platform. Ether is listed under the code ETH.

Presently, it has a circulating and total supply of close to 104 million ETH. It also has a market cap of about $22 billion.

Besides Ethereum, another new cryptocurrency fast rising to relevance is VeChain. It was released in 2017.

VeChain is another public blockchain-based platform which specializes in supply chain management. It is bought and sold on crypto-trading platforms and is commonly listed under the code VET.

VeChain was listed as the 17th largest cryptocurrency as of April 2018. Of the top 20 cryptocurrencies, it was the only one which did not show negative returns in the first quarter of 2018. It actually gained 28 percent.

Currently, it has a market cap of a little above $598 million. It also records a total supply of about 86 million VET and a circulating supply of around 55.5 million VET.

VeChain allows manufacturers to assign products with RFID which records information across the supply chain.

Here, we have only been able to talk about three pretty popular cryptocurrencies: Bitcoin, Ether, and VeChain.

The infographic below will give you even more details about 26 of the most prominent cryptocurrencies around. Check it out!