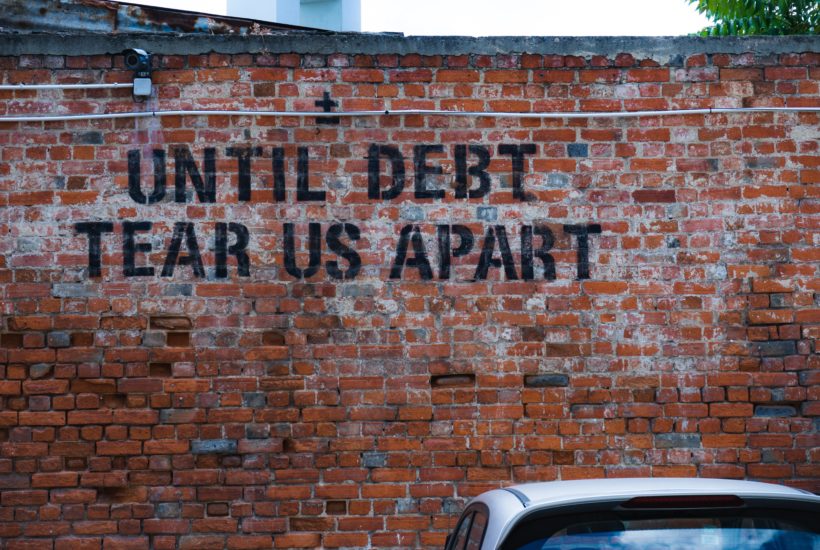 My clients have known for a long time that the nucleus of the next crisis will be in the over-leveraged corporate bond market.

This notion was confirmed recently in an article from the WSJ: companies that borrow in the junk loan market are now in a far weaker condition financially than they were prior to the Great Recession. Borrowers with loans Moody’s Investors Service rated with the worst rating in the junk-debt category—B3 or lower—made up 38% of the market in July compared with 22% in 2008. Bank of America calculates that about 29% of outstanding leveraged loans will likely default in the next credit recession.

Again, from the WSJ: CLOs are highly susceptible because they use borrowed money to buy leveraged loans, boosting the yield, and the risk, of the investments. CLO managers issue bonds to buy bundles of leveraged loans, then use cash flow from the loans to pay interest and principal on the CLO bonds, pocketing the difference. When downgrades and defaults mount, CLO managers stop making payments on their most junior bonds, prices plummet and the market for new CLOs shuts down.

The soaring amount of distressed debt is simply reflecting the economic plunge taking place right now. For examples, the Empire State Manufacturing Survey saw a record decline to minus 21.5, the Philly Fed survey saw new orders plummet to a record low as the overall index fell to minus 12.8, Initial Jobless Claims are a record high of 3.3 million, and the Markit Services PMI registering a dismal 39.1, whereas 49.9 would be recessionary. These data points all indicate the depression has begun. How long this lasts depends on the Wuhan-virus curve.

But the primary cause of this economic crisis was not the Virus. The virus was merely a catalyst that revealed the economic rot underneath. Namely, the global manipulation of interest rates to 0% that engendered a record pile of debt held by corporations, sovereign nations, and households. This, in turn, sent asset bubbles to the thermosphere and set in position corporate bonds to implode once the economy contracted or inflation began to run intractable.

I’ve said many times before that the ersatz economic growth and bull market would meet an ill-fated reality once the bond bubble imploded—this is now a fact. The virus has caused the destruction of corporate bonds and it is now infecting mortgage bonds, municipal debt, CLOs and a myriad of other asset-backed securities.

Therefore, we are not simply dealing with a self-induced and temporary recession from which the government can extricate at will. Rather, it has now fully become an economic crisis based on the insolvency of public and private sectors and the death of zombie businesses that had been living off the specter of free money forever.

CNBS has also become infected by the overcrowding of the V-shaped recovery clowns. These shills have now fully wiped out your retirement for the 3rd time since 2000, and they fail to realize the real crash is still ahead because its genesis is being concocted in D.C. once again at this very moment. Washington’s reflex action is to bail out an insolvent economy by borrowing and printing more money, while suppressing interest rates further into the record-low territory and for an even greater duration. Therefore, the set-up now is for an inflationary collapse of the bond market from which the government will be impotent to stop.

Governments should have been saving for a rainy day instead of starting out overindebted. However, we entered into this crisis with trillion-dollar deficits, which are 5% of GDP. Now, we are facing deficits that are $4 trillion (20% of GDP).

The last Treasury bailout was “only” $700 billion and this one is $2.2 trillion to start. And, of course, the Fed is back in unlimited QE. But this time it has extended its asset-buying scheme to include corporate bond ETFs and is even making primary loans to corporations! Mr. Powell is trying to keep BBB debt, which is barely investment grade, from falling into the junk category. Our central bank is taking on extreme default risk that will be backed by the Treasury. Hence, the total bailout package is at least $6 trillion to start and will probably grow from there.

On the other end of this bailout, we will find that nations, corporations and individuals will be even more saturated in debt and at the same time will have experienced many months of diminished income. In other words, the private and public sector balance sheets will be in need of massive repair. On top of this, we will have an extremely negative wealth effect in place coming from plunging stock prices.

Therefore, once the lockdown ends those businesses that survived may not be able to re-hire all of its former employees and certainly will not be in a position to go on a capex spending spree. Nor will they be in a position to buy back their stock. That is because D.C. won’t allow it to happen again and neither will the borrowing lines of credit open to resume a record-breaking corporate buy-back scheme that just finished destroying corporate balance sheets.

In addition, don’t look for another global bailout from China, which was responsible for a third of global growth after the Great Recession ended in 2009. Beijing was in the vanguard of leading the world out of that economic malaise by taking on massive leverage to build the largest fixed asset bubble the world has ever seen. That cannot happen again.

SEE ALSO  Who you gonna call? Partnerships rule more than ever in the age of social media

Servicing all this debt will also remove a tremendous amount of capital away from the free market. And, it should force the Fed and other central banks to become permanent participants in the buying of all sorts of public and private debt.

At the onset of the 2008 Great Recession, the government broke the mold on how much money it could create and what it could spend it on. Now, the Wuhan Virus has paved the way to helicopter money, which has now arrived. After all, the Fed knows there won’t be a solvent pension plan in America if it doesn’t massively inflate asset prices…and fast.

Therefore, another prediction of mine is about to come true: stagflation the likes of which we have never seen before is on the way. Expect a very slow grind higher in the global economy once the virus is under control. However, there should be a steeper incline in asset prices as the world’s central banks work overtime on printing money in order to finance the massive increase in government expenditures and to put in place Universal Basic Income. Also, expect the gap between asset prices and the underlying economy to grow even greater than ever before.

Enormous volatility between inflation and deflation cycles have become the norm—just as predicted. And that condition will only grow more intense over time. Passive management is indeed a death sentence for your retirement and something you will never find here at PPS.