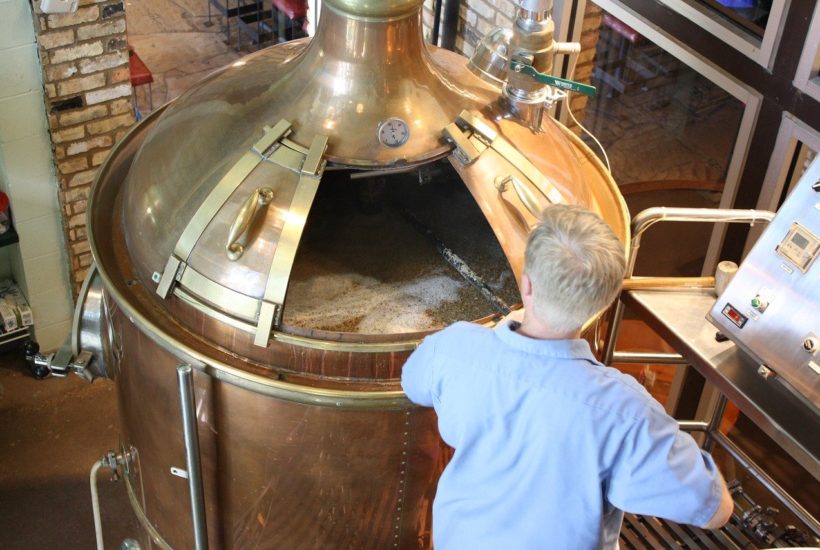 Many breweries are suffering from the Corona crisis. The catering trade has been closed for months, festivals have been canceled and there is no end in sight. The Viechtach brewery in the Bavarian Forest is now fighting to survive with the help of crowdfunding. Owner Markus Grüsser wants to raise $602,000 (€500,000) to prevent the traditional brewery from bankruptcy.

Read more on the subject and find the most important business news in the world with the Born2Invest mobile app.

In 2018, Markus Grüsser, a business graduate from the Cologne area, fell in love with the 500-year-old brewery in the small town in the Bavarian Forest and bought it. Since then, he has invested around one million euros in it. Much was outdated – from the bottling plant to the vehicle fleet. Then the Corona crisis came, making the costly rescue even more difficult. Now the 56-year-old is trying crowdfunding.

“For start-up companies in the technology sector, crowdfunding is, after all, already commonplace, and it’s a good way for companies in transition to finance themselves and also ensure that we can make further investments,” said Markus Grüsser, the owner of the Viechtach brewery.

Starting at 12 p.m. on Thursday, April 22nd, people can invest in the brewery – starting at $300 (€250). Grüsser wants to put the money into a new refrigeration system or a field service, for example. As it is always the case with crowdfunding, the money people give is risk capital. If it goes badly, in the worst case it’s gone altogether. If it goes well, they get a share of the brewery’s profits – depending on their share. The Viechtach brewery owner is optimistic that things will go well again in 2022 after Corona.

Many Viechtach residents are optimistic

Viechtach Mayor Franz Wittmann (CSU) believes that crowdfunding involves Viechtach citizens, even if this method is still unusual for the Bavarian Forest. However, the beer is popular and many really identify with the small brewery, he said.

“The popularity at the moment is amazing. You could almost think the brewery belongs to the citizens of Viechtach. It’s crazy anyway that young people get tattoos, or if you follow it on Facebook, where everywhere the people of Viechtach take their beer,” said Franz Wittmann, Mayor of Viechtach

Tattoos of the brewery on the arm and back

In fact, there are people who have had crown corks or the logo of the society brewery tattooed on their feet, arms, or backs. For the logo, the brewery has especially returned to the retro style of the 60s, because many love that. But when it comes to beer styles, the brewery also focuses on new creative beer styles, from “Pfahlbock” to “Black Rain.” A cold-hopped spring beer, for example, sold out after just a few days.

Helles from Viechtach known throughout Germany

Markus Grüsser, 56, used to work for a large beverage logistics company and therefore has good contacts with beverage and food retailers throughout Germany. In addition, Bavarian Helles is increasingly popular in the rest of the republic, he says. That’s why the bottles of the society brewery are now also on the shelves in Berlin, Lower Saxony or Saxony-Anhalt.

Private customers do not compensate for Corona slump

However, sales to private customers do not compensate for the fact that Corona has caused a complete collapse in keg sales to restaurateurs and public festivals – as has happened at all breweries. In addition, bottled sales incur much higher overheads. That’s why the brewery urgently needs money. The 16 employees are optimistic that crowdfunding will work and that there is a future.

SEE ALSO  The Name Says It All: Clean Air Metals Inc. Is Delivering the Metals Needed for a Clean and Green Energy Future

(Featured image by cerdadebbie via Pixabay)

First published in BR24, a third-party contributor translated and adapted the article from the original. In case of discrepancy, the original will prevail.