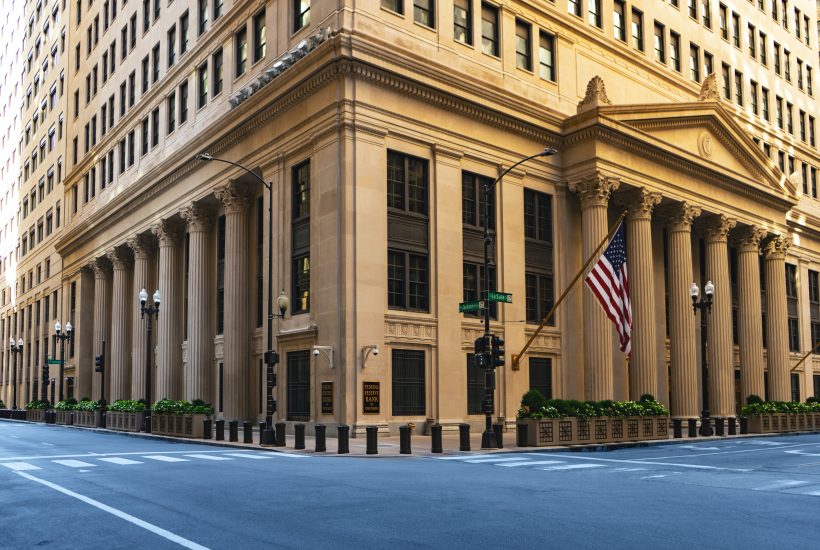 Over the next three days, the Jackson Hole Valley in the state of Wyoming will become the center of monetary policy and the world economy. The lords of money, the great central bankers of the planet, will arrive in this natural paradise in deep North America to discuss “the barriers of the economy and monetary policy”, a meeting in which different personalities from the economic world will participate over the next few days.

Read more about Fed’s conference in Jackson Hole and find the latest business news in the world with the Born2Invest mobile app.

The Jackson Hole meeting comes less than a month before the Fed’s September rate meeting on the 20th and 21st, and everyone is looking for clues to try to clarify whether the Fed will then decide on a 50 or 75 basis point rate hike. The former option would mean sticking with the established plan, while the latter, which has gained weight in recent days following the release of the minutes of the Fed’s last meeting, would mean making a more aggressive move than the US bond seems to be discounting so far.

However, investors have already begun to come to terms with this new scenario: the yield on the 10-year bond has climbed in the last few days to once again exceed 3%, and the markets are raising their bets, leaning more and more towards Jerome Powell, chairman of the Fed, using his speech to acknowledge that they are going to repeat an interest rate hike of 75 basis points in September.

The positioning adopted by speculators points in this direction. Hedge funds (funds that invest upwards or downwards to try to make the most of any market context) have triggered purchases of short positions in the overnight funding rate (the former Libor, which marks the price at which banks lend money to each other on a very short-term basis) to reach record highs.

According to data published by Bloomberg, based on the record of the U.S. Commodity Futures Trading Commission (CFTC), during the second week of August, speculators’ positions have reached a level where they discount the U.S. bond at 3.70% in one month, which means they expect heavy selling for the U.S. debt security over the coming weeks, a scenario that only fits with a more aggressive Fed monetary policy than investors have so far expected.

Now the net position of speculators (long positions minus short positions) has reached 695,493 short positions, and expecting the bond at 3.7% coincides with the highest interest rate to be seen in the U.S. in this hiking cycle, as expected, as of today, by the Fed members themselves, and published by the institution in its dot plot.

“On the eve of Powell’s speech, rate markets have pulled back on the yield side, with 10-year Treasury yields wrapped back around 3%. Therefore, markets are anticipating a more hawkish statement from Powell along the lines of a hawkish narrative for longer,” explains David Norris, manager of TwentyFour AM, a Vontobel AM boutique.

This, moreover, is not the only indicator that is reflecting investor confidence for a tougher message from Powell this weekend: short positions in the euro-dollar cross have reached year highs, with a net short position of 2.6 million contracts at the moment, as published by the CFTC.

SEE ALSO  Why your homepage headline needs to be perfect

A more aggressive monetary policy by the Fed, while the European Central Bank (ECB) maintains a slower pace of rate hikes, as has been the case so far, augurs further rises for the greenback, at a time when the euro’s cross with the dollar has devalued to fall below parity for the first time in more than two decades, and now moves at 0.99 dollars.