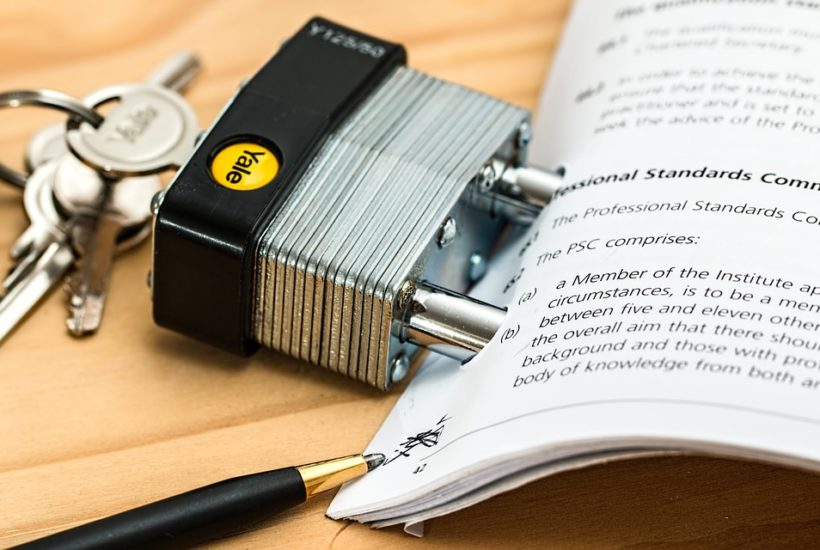 We live in a world of smartphones, computers, and 24-hour news cycles. We can obtain information and data on almost anything with a few clicks on a computer. Not much is hidden, or difficult to obtain, or out of reach—except occasionally public information.

In a country where longstanding laws ensure that public information is ours for the asking, it’s sobering when public data is hard to come by or simply unavailable to us. It’s also frustrating when a request for public information involves time, persistence, and more patience than most citizens have. Taxpayers, businesses, reporters, and researchers who encounter roadblocks to public information tend to be some of the most frustrated individuals on Earth, especially when they are well-versed in the laws that guarantee transparency to government information.

Transparency in government has long been, and will continue to be, an issue discussed and argued by elected officials and citizens alike. What exactly does the law guarantee? How accessible should public information be to the public at large?

Everyone knows the process. We’ve been taught to ask for public information through a public information request (PIR), Freedom of Information Act (FOIA) request or an open records request (ORR). If the request made is for a document in the possession of a governmental entity or a public official, it should be available to any requestor in a timely manner.

However, all too often, requests for information fall into a black hole. Some seem to get lost because there is no timely response. Some states and jurisdictions are more responsive than others, but it is, unfortunately, not too uncommon for public information offices to stall until the last day as prescribed by law and then request an extension on the deadline.

Timelines vary from state to state, but all have procedural deadlines for public information requests. A timeline may range from two to 30 business days, and a few stated timelines are entirely vague about what a requestor may expect. A few states even withhold public information unless the individual or organization resides in the state. Here are the response deadlines and guides by state.

All too often, the burden of following up on open record requests falls on the requestor. With too few sanctions in place to prohibit government agencies from ignoring requests, researchers, media, attorneys, and others who need public information on a regular basis have learned to be persistent and endure the task of repeated inquiries.

There are also other impediments to public information. For example, there are exemptions for public officials who correspond using personally-owned devices or by private email. Some states exempt legislative documents and occasionally, high fees will be quoted for handling pubic information requests. In Kentucky, fees vary depending on whether the public record is for commercial or non-commercial purposes.

There was great diversity in procedures. The Oregon Medical Board completed 1,414 requests, all within the 15 days. Oregon State Police, however, only completed 800 of its 4,764 requests within the 15-day statutory deadline. Other jurisdictions fell somewhere in the middle of the spectrum.

A decade after the overhaul of the Right to Know Law, a March 2019 survey done by the Pennsylvania Office of Open Records concluded that requests weren’t burdensome on governmental entities as a whole. The survey gathered more than 1,000 responses and found that over 60 percent of all requests for public information took less than an hour to complete.

In July 2019, the Wyoming State Auditor launched a new website detailing how the state spends most of its funding. The website, www.wyopen.gov includes transactions from 2016 to the present and is searchable by agency, vendor, location, and other categories. It does not include information deemed confidential by the auditor’s office or state and federal law. However, it allows taxpayers to see how funds are allocated.

During the 2019 legislative session in Texas, legislators passed a law designed to improve government transparency. To the satisfaction of many, the new law now allows details of government contracting to be more transparent while still protecting trade secrets and proprietary information.

But, the Georgia Court of Appeals has ruled the General Assembly can withhold information from the public. In spite of federal laws that promote transparency, the General Assembly and its offices have been exempted from the state’s Open Records Act. This act mandates that public records be available to the public within three days of a request. A Georgia court recently dismissed a lawsuit by a nonprofit organization that sued legislative offices for refusing to release public information.

It is interesting to see how states, cities, counties, and public agencies are complying with long-standing freedom of information laws. But it also is critically important for taxpayers and businesses to be aware of how transparency and public data is treated where they reside. If the public at large ever stops watching and caring, transparency could slip away without any notice. Once taken, those in power may not be so inclined to return that right to the public.