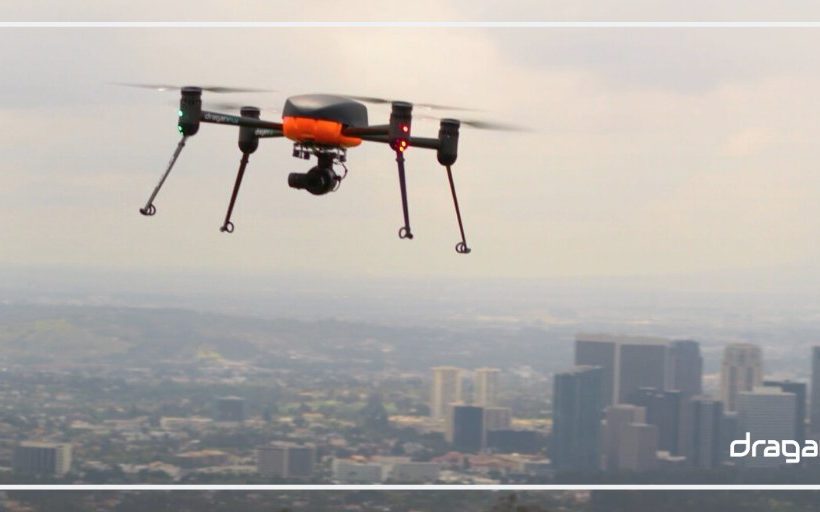 The age of the drone has arrived. For most of us, drones are straightforward tools for capturing video, like the DJI MAVIC 2 PRO. Thanks to companies like Drone Delivery Canada (TAKOF), United Parcel Service Inc. (UPS), and Draganfly Inc. (DFLYF, DFLY.CN, 3U8.F) that is all about to change. Drones have already revolutionized warfare and security and will soon be a part of our daily lives.

For the moment, the bulk of the drone market is military. This includes UAVs, ground-based drones, and surveillance equipment. This trend is likely to continue but there is also a rising demand for consumer solutions, particularly in the delivery sector.

The UPS Drone Delivery Service is the most high-profile attempt to leverage drone tech in a commercial setting. This could increase delivery outcomes, but also reduce costs by ensuring perishable goods get to their location on time.

The problem for the drone sector? Foreign drones have begun to raise significant security concerns.

Chinese operated companies have dominated the drone market but that has brought with it a number of concerns. Governments are concerned about the increasing role Chinese manufacturers are playing in our modern infrastructure. In the U.S., 75% of all operating drones are produced in China.

Whether it’s Huawei, DJI, or Yuneec, Western Governments have begun to identify Chinese companies as a potential threat to North American security. Most government officials cite security concerns but the problem goes deeper… Drones are set to become an integral part of our economy and governments need to be able to trust the companies providing this new technology. Western governments, particularly the U.S., have come to the conclusion that Chinese companies in certain circumstances should not be trusted based on data collection or even possible spying fears.

In the United States this has culminated in a potential ban on the sale of Chinese drones to government agencies or for use on government projects, contracts or lands. The US military and several agencies have already banned the use of Chinese made drones, which has opened up a multi-hundred million dollar a year market in hardware, software and services to US-compliant only systems providers. The right company will need to be adaptable enough to fill multiple niches, with the security background to back up their domestic made products.

SEE ALSO  When should you undergo a rebranding?

Draganfly is perfectly placed to dominate the market

The drone market is naturally competitive but there are few companies as well placed as  Draganfly Inc. (DFLYF, DFLY.CN, 3U8.F) to fill in the gaps left by Chinese manufacturers. The company has one of the strongest records on creating innovative products and already operates successfully in both security and commercial contexts.

Perhaps the primary advantage that DFLYF holds is its pre-existing relationship with a number of U.S. military contract relationships. This means that it has already successfully passed stringent background checks and is well placed to provide innovative products to these contract organizations and other sensitive projects in North America. This is a particularly important segment as the defense budget for drones in 2020 is expected to surpass $3.7 billion in the U.S. alone and the market as a whole is worth approximately $70 billion.

The company also has ambitions to conquer the commercial market. Draganfly already supplies drones to commercial surveying and mapping organizations and is working to build relationships with a number of agricultural, media and broadcasting, and infrastructure companies.

The commercial drone sector is expected to reach $13 billion by 2024 and this will largely be driven by innovations in 5G and AI. As this new infrastructure comes into place, it will become possible for drones to undertake increasingly complicated tasks and Draganfly’s history of innovation places it in a strong position to create a first-mover advantage in this market.

Aside from these firsts, the company has created a number of breakthrough technologies. These include the first VTOL delivery drone and the world’s first High Endurance Solar Powered Aircraft. The company’s drones have been used in everything from anti-terrosim operations and border security to delivery operations. Despite its relative age, Draganfly has never stopped innovating and is at the forefront of the drone industry.

Compared to other North American companies, Draganfly has been commercially successful. In 2019 the company had a market cap of $34.25 million and secured a net revenue of $1.9 million with a gross margin of $1.3 million. In comparison, other drone companies like Drone Delivery Canada, with a market cap of $215 million, lost over $CA7 million in the first six months of 2019.

2020 is looking to be an even stronger year for Draganfly. The company is predicted to generate $7 million in revenue with its recent acquisition. This growth is anticipated to be boosted on the back of new regulations in the United States and the increased importance of drones to the economy as a whole.

A once in a lifetime opportunity

A challenge always represents an opportunity and this is one hell of an opportunity. Draganfly Inc. (DFLYF, DFLY.CN, 3U8.F) has positioned itself perfectly. Spying fears and tensions with China are unlikely to cool anytime soon and it is very likely that the U.S. will follow through on its full ban of Chinese drones. This will open upon an enormous opportunity for one of the drone industry’s most consistent innovators.