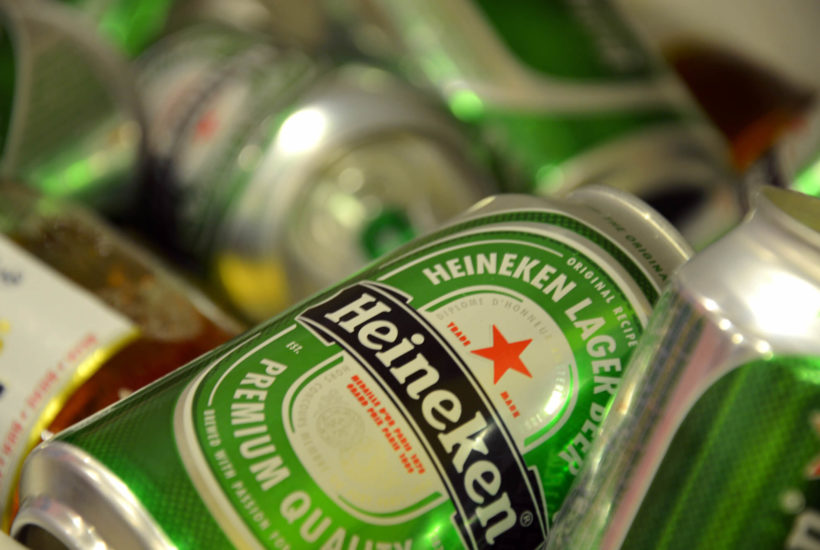 Africa has been witnessing a growing market for beer. The global beer market is forecasted to grow at a CAGR rate of 5.5 percent between 2019 and 2024, which could be valued at $805 billion.

Beer consumption in Africa is on the increase and market leaders in the beer industry would not let the opportunity pass. In 2016, Anheuser-Busch InBev (ABI.BR) invested a whopping $107 billion in the lager brand maker, SABMiller in South Africa. With the developing consumer base, Heineken NV (HEIA.AS), followed suit and invested in Africa.

In a continent with a population of about one billion, the beer market has been estimated to grow at three times the global growth rate between 2014 and 2025. The estimated growth has made Africa attractive for long term investors.

The SABMiller acquisition by AB InBev marks the beginning of Africa’s beer market takeover. When the Belgian beer maker made its initial venture into Africa, a huge market share in the beer industry had already belonged to South Africa. By 2018, a fifth of beer revenues in Africa comes from South Africa and a quarter of beer profits as well.

Anheuser-Busch InBev NV recently rolled out about $200 million to expand on its venture in Africa. The new investment is channeled to the Johannesburg and Nigeria. The giant beer maker is setting up a brewery near Lagos, the commercial capital of Nigeria. This will add to the over $250 million investment AB InBev has already made in the country, and of course to its initially multi-billion SAB acquisition. The new brewery in Lagos is estimated to be worth $400 million upon its full completion.

SEE ALSO  Could the Coronavirus finally burst the debt bubble?

AB InBev also announced in March that it plans to invest about $100 million in a production plant in Tanzania. Since AB InBev established its ground in South Africa, the beer maker has managed to network, reaching out to the other regions in the continent.

Globally, the Belgian beer king has expanded its territory. Currently, it serves a market share of one-third of the world’s beer. It sells over 500 brands across 100 countries.

Now that it is in control of Africa’s beer industry, the brewer does not seem to have run out of ideas. Its marketing strategy which involves discounts and promotions on its brands like Budweiser and Stella Artois has helped them find a spot in the market. As AB InBev dominates the evolving market in Africa, the company could swallow all the struggling brewers before their rivals could realize it.

Heineken, meanwhile, reported in its 2014 figures, that Nigeria is among the most lucrative beer markets in the world. According to its data, the beer business in Africa is about 50 percent more profitable than other beer markets elsewhere.

Beer makers are after the growing market which makes Africa the hot cake for beer makers. The growth of the beer market is attributed to urbanization and the growing number of the young population. As well as, the surging number of middle-income earners with a disposable income. These factors have put Africa among the developing regions with significant growth in the beer market. It simply tells us why market leaders are now taking advantage of the rising market.

In a market that requires consistency in customer satisfaction, competition is inevitable.

The scramble for partition

Heineken is fighting with its biggest rival and other beer makers, for a market share in Africa’s beer market. The rivalry will see a rigorous competition as both AB InBev and Heineken struggle to dominate with sales. To serve the varied interest among consumers, we expect to see the brands employ different strategies.

The Dutch beer maker has been in Africa since the 1930s and has heavily invested in Ethiopia. Heineken has invested over $348.06 million dollars in Ethiopia. The company gets 20 percent of its revenue from Africa.

The companies will be keen to see that beer prices are favorable to the African consumer market but AB InBev knows the market very well. After struggling in the South African venture, AB InBev is now capable of mitigating the challenges its new brewery in Nigeria could face. At the same time, it has a better psychological understanding of Africa’s beer market.

AB InBev will be focussing on the strength of its brands to get a leg up in the African beer market. The company which faced some disappointing quarters in the past due to supply and lagging consumer attitude intends to utilize its super brand of Budweiser to penetrate the huge market and dominate it.

With the multimillion investment in plants in SA and Nigeria, the supply issue will be on par with consumer trends. Customer satisfaction will be met through; product variety and value for money which seems to run sales in the growing market.