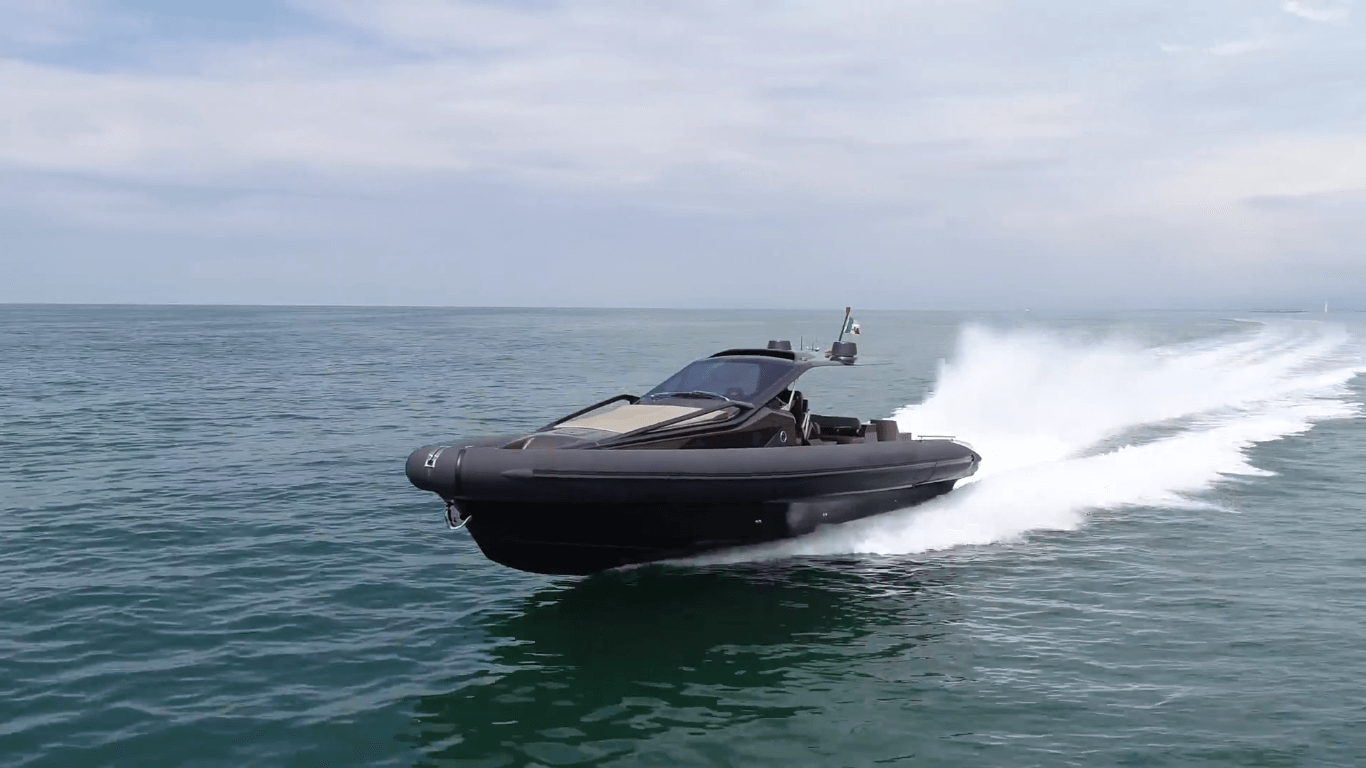 Yachts are already a symbol of wealth and luxury, but having tenders to go with it kicks things up a notch. A yacht tender is essentially an accessory vessel for servicing and supporting a private or charter luxury yacht. There are many tenders to choose from, but LG Yacht might have developed the ultimate vessel.

The company’s new Anvera 48 model might be the most technically accomplished tender to date, per Robb Report. Aldo Drudi designed the new vessel with “an elegant and very fast dolphin” as an inspiration. Although it’s categorized as a tender, the vessel can reach a top speed of 55 knots, making it ideal as a small cruiser.

Aesthetically, the Anvera 48 adopts a sleek and minimalistic look. And aside from its speed and precision, the carbon boat also boasts durability.

Drudi adds that the hull of the boat was designed with hydrodynamic features in mind and that the overall structuring of the tender was inspired by aerodynamics. The captain’s seat is covered by a slanted glass, and the sides of the front portion are open, allowing the sea’s breeze to reach the passengers and the drivers. The glass goes across the dining table stationed at the center of the tender, and it ends just before the rear seating area.

The rear seating area can accommodate three people, and it faces the back of the tender, allowing passengers a clear view of the waters while onboard. Additionally, the seats can be adjusted into fold-down beds. 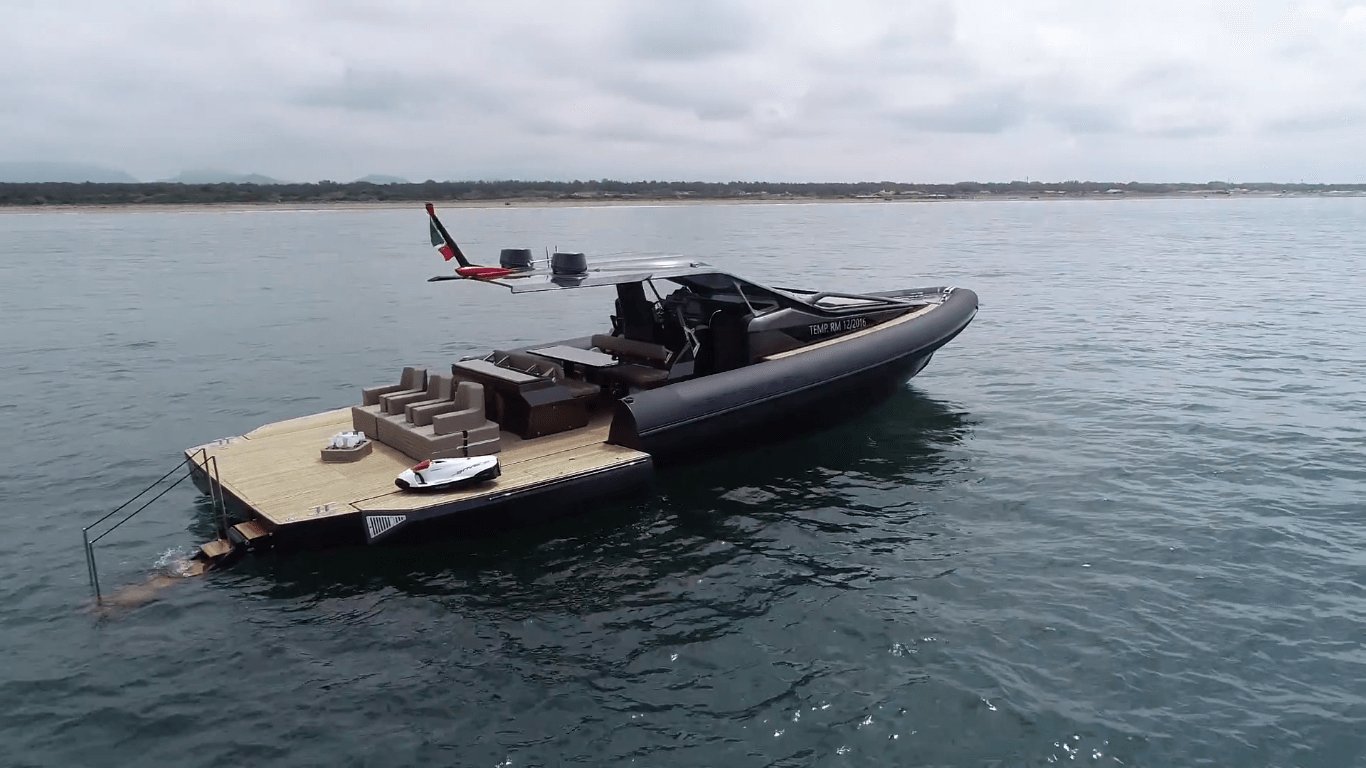 Three people can be accommodated in the Anvera 48’s rear seating area. (Photo taken from the Anvera 48 video by Anvera Crossover Boat via YouTube)

The rear deck measures 215 square feet, including the gunwales that stretch out of the two sides of the tender. At the end of the ship is a set of wooden stairs leading to the water. It makes boarding and dismounting the tender a lot easier.

The Anvera 48 is set to wow yacht aficionados with its appearances in two prestigious shows next month. The first is in the Cannes Yachting Festival, scheduled to start on Sept. 11 until 16. Other yacht brands will also showcase their vessels in the upcoming events.

More yachts and shows to come next month

Aside from LG Yacht, Princess Yachts will also feature its three new vessels at the Cannes Yachting Festival, namely the Princess V60, the Princess 70 and the R35, Motorboat & Yachting reported. Aside from these vessels, the yacht manufacturer will showcase its previously launched models as well, including the S78 and V70, along with four other boats.

Also scheduled to debut at the upcoming show is the new Pardo 50, according to Filthy Lucre. The rustic looking clad-in-black boat from Cantiere del Pardo shares the open design of its predecessor, the Pardo 43, but they share the same quality of comfort and performance. In addition, the Pardo 50 comes with twin Volvo IPS 600 engines that are upgraded with IPS 700 and 800 power plants. Its main draw is running at top speeds even in rough conditions.

After the Cannes Yacht Festival, Anvera and other major brands in the industry will participate in the Monaco Yacht Show, which will run from Sept. 26 to 29 in Port Hercules. It is one of the largest yacht shows in the world, and for this year’s event, people are expecting at least 40 new launches.

The highlight of the event is the superyachts that will certainly make regular-sized vessels and tenders look tiny. Hello Monaco reported that the most anticipated superyachts appearing at the show are the Kismet, Dar, Air, Go, and Elandess models. Of these five superyachts, the largest is the Elandess, made by German Yard Abeking and Rasmussen. The vessel measures 74.5 meters and weighs 2,065 GT.

Yacht owners and future buyers have a lot to be excited about this coming September because of the two major events. While the yachts themselves will remain as highlights of the show, tenders like the Anvera 48 are certainly some vessels worth looking into.