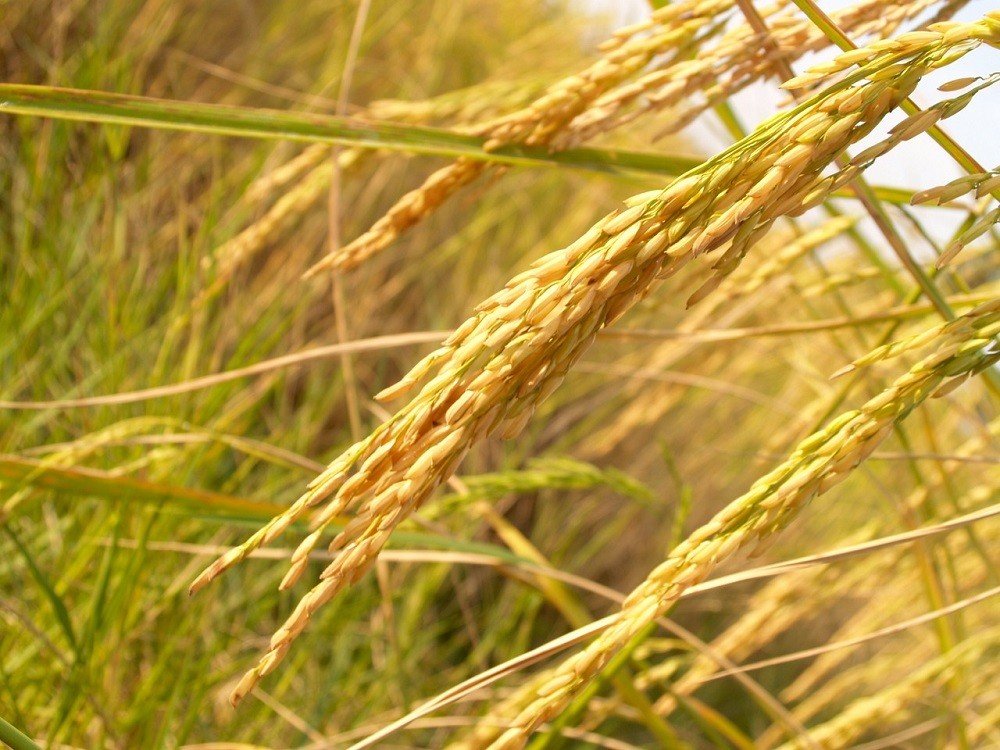 All markets are feeling the bad growing and planting conditions due to rains and cold weather. Approximately 180,000 acres of rice were lost to heavy flooding in Arkansas.

US markets were higher as more bad weather was forecast for the Great Plains. It was cold there again last week, and Denver got some May snow. Other areas got more rain as well as some big storms. More wet weather is forecast for this week as showers and storms should return to the region. The demand for US wheat is holding well in world export markets and the US Dollar is weaker to help keep US Wheat in the mix for world demand. Egypt bought 110,000 tons US wheat last week, and that is something they try to avoid doing. US prices were below the competition, so the US got a part of the business. Russian offers were higher priced and the US is now about the cheapest wheat in the world. There is now a minimal weather risk in prices as the harvest approaches.

Corn and oats were both higher on Friday. Corn closed higher for the week, but oats closed lower. Corn continues to hold support on the charts and the trade is increasingly taking notice. It looks like the downside is limited for now or until more is known about crop production potential. The weekly charts show the potential for the market to move higher over time. The export sales report was solid again last week as demand for US corn remains good in the wake of little competition.

Soybeans and soybean meal were both lower last week, although soybeans recovered on Friday to close almost unchanged. The selling is related primarily to the threat of strong competition in the short term from South America. However, Brazil producers remain very reluctant sellers amid the political problems inside the country and both Brazilian and Argentine producers are unhappy with the strength of their currencies against the US dollar as they earn less in local terms for exported soybeans and products.

Rice closed slightly lower on what appeared to be some long liquidation and some small volume new selling to finish the week. There have been scattered reports that some farmers are using the current rally to get rid of some old crop rice. Much of the rice left to be sold appears to be in Arkansas. Gulf Coast areas appear to be mostly sold out or perhaps with some small lots left to sell. Conditions are reported to be good in Texas, although some areas are too dry. There are reports of some crop damage in southern Louisiana after the recent big rains, and the damage could extend into parts of Mississippi. Arkansas remains a big problem area as little work is able to get done. The extension service there now estimates that 180,000 acres of rice have been lost in the floods. The soils are still too wet.

World vegetable oils markets were higher last week. Palm oil was the strongest market as export demand was higher and on mixed production ideas. It was a strong start to the month again as some traditional buyers loaded up on supplies before the spring holidays. Reports from the interiors of both countries suggest that trees in both Indonesia and Malaysia have been slow to respond to improved conditions, and MPOB production in the last few months has been generally below trade expectations.

Futures gave back all of the gains from the explosion higher in the previous week. the market closed back inside the trading range seen before the sharp move higher. Futures closed at new contract highs and new highs for the move. The export sales reports are still strong, but the move higher might have covered all possible supply and demand shocks. The weekly charts now show mixed trends. Supplies available to the market are still increasing. Certified stocks levels have been increasing for the last couple of weeks and are now over 400,000 bales.

FCOJ closed lower again in mostly quiet trading. Brazil has been exporting FCOJ to the US to cover the short Florida crop. The latest Nielsen report once again highlighted the weak domestic demand that remains very low overall. Not even a very small Florida crop has been able to create much of a sustained rally in futures due in part to the weak demand and in part due to the increased imports from Brazil. Domestic production remains very low due to the greening disease and drought. Trees now are showing small fruit. Irrigation is being heavily used to prevent loss. The Valencia harvest is moving to processors and into the fresh market and is almost over. Brazil crops remain in mostly good condition.

Futures were slightly lower for the week, but the recovery on Friday erased almost all the losses posted in earlier trading. The political turmoil in Brazil and the changes in the relationship between the Real and the US dollar dictated almost all of the price action. The market action remains weaker overall due to ideas of good supplies and reports of weak demand. The cash market remains slow. Offers remain in the cash market, and differentials are stable. Buyers remain quiet and appear ready to use already contracted supplies.

It was higher week in New York and London, and charts show that trends are starting to turn up. The fundamentals are changing from a tight supply situation to one with more supplies available to the market, but these ideas seem to be part of the price now. In the short term, there is still potential for a recovery rally due to the slow start to the Brazilian harvest. Production conditions have been better this year in Brazil, and a better harvest is anticipated in the next couple of months despite the weak start as demonstrated in the initial UNICA data a couple of weeks ago. Production is also less in India and Thailand.

Futures markets were a little lower last week on late seek selling in futures. However, both markets show that at least a short-term low has been made on the daily charts. The mid crop harvest is in full swing in West Africa, and ideas are that the quality of the mid crop is good. The demand from Europe is reported weak overall, and the North American demand has been weaker. The grind reports from both regions and also Asia showed increases between 1% and 1.5%. Supplies in storage in Europe are reported to be very high.

Dairy markets were higher again and made new highs for the move again. The daily charts imply that a seasonal low was made a couple of weeks ago and that a trend to higher prices should continue It looks like the annual US flush is over. Supplies are strong seasonally in all areas of the US. Demand is good for cream, and cheese makers are displaying increasing demand.

US cattle and beef prices were lower. The beef market has been strong, but packers paid lower prices for cattle last week after the big move higher in prices that was seen in the previous week. Feedlots are very current with supplies and are pulling cattle ahead in order to take advantage of the high prices.

Pork markets and lean hogs futures were firm on ideas that cash market values had bottomed recently. Cash markets have had a firm tone inside the US despite strong hog availability.