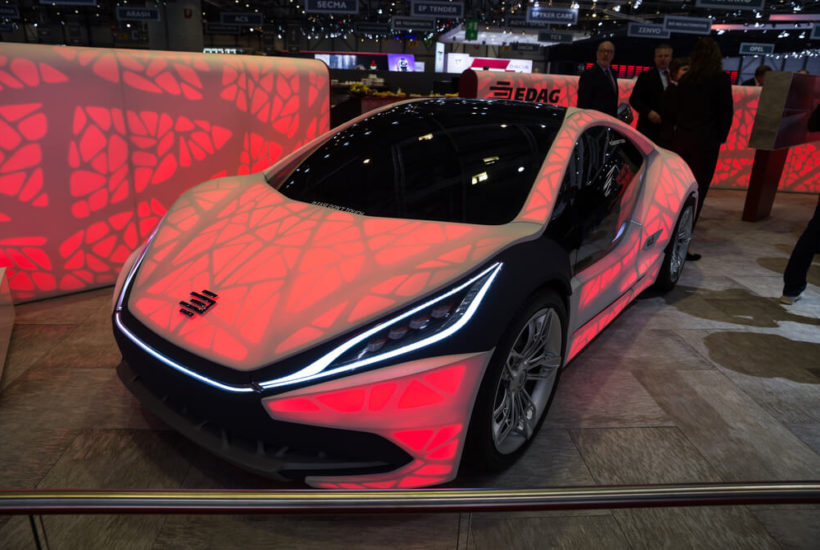 Technology and techniques are changing and advancing so quickly that it can be hard to keep up. Let’s take a closer look at what materials and processes are gaining popularity in the automotive industry and what changes we can expect to see in the future.

3D printing is making its mark in nearly every industry in the world. This tool, once thought to be something that only hobbyists would benefit from, is now being used in everything from medicine to aerospace. While current 3D printing isn’t quite fast enough to keep up with the breakneck pace of automotive manufacturing, we will still see more applications for this technology in the future.

Experts are predicting that in the future, 3D printing might become the best medium for creating custom molds and dies for automotive manufacturing. As cars change, we’ll need new and potentially complicated frames to produce a high volume of parts. Instead of spending the time to manufacture one of these molds or dies the old-fashioned way, it could be done in hours. An engineer just has to design it on a computer and send the completed file to the 3D printer.

If the technology continues to advance, there may be a point in the future when we’ll be able to purchase a custom 3D printed vehicle, but we’re not quite there yet.

While many manufacturers are moving toward plastic and carbon fiber as the primary material for automotive manufacturing, currently most vehicles are made primarily out of cold-formed steel. As these same companies make the transition to high-strength steels, new forming methods are necessary because metals with high tensile strength are difficult to form when cold.

New methods are starting to emerge, such as hot-formed steel. During hot-forming, the steel is heated to a minimum of 850 degrees Celsius (1,562 degrees Fahrenheit) and formed before cooling. This doesn’t just make it easier to manipulate — it also improves the metal’s ductility, or its ability to withstand tensile strength.

Other methods are emerging to form aluminum as well. Aluminum is a much softer metal than steel, so it is usually formed at room temperature. If it is warmed before forming, though, its ductility increases once it’s cooled — and manufacturers are taking note and using this aluminum forming method.

Most manufacturers are working on some form of a smart vehicle at the time of this writing. Tesla’s vehicle-to-vehicle communication is setting the trend here, allowing these smart cars to talk to one another while on the road. That way, if one Tesla encounters a traffic jam or a change in traffic patterns, it can communicate this discovery to the rest of the Teslas on the road, allowing them to adjust their driving patterns. It can also broadcast and receive speed, acceleration and location data up to 10 times per second, allowing the car to paint a 360-degree picture of the other vehicles it’s sharing the road with. 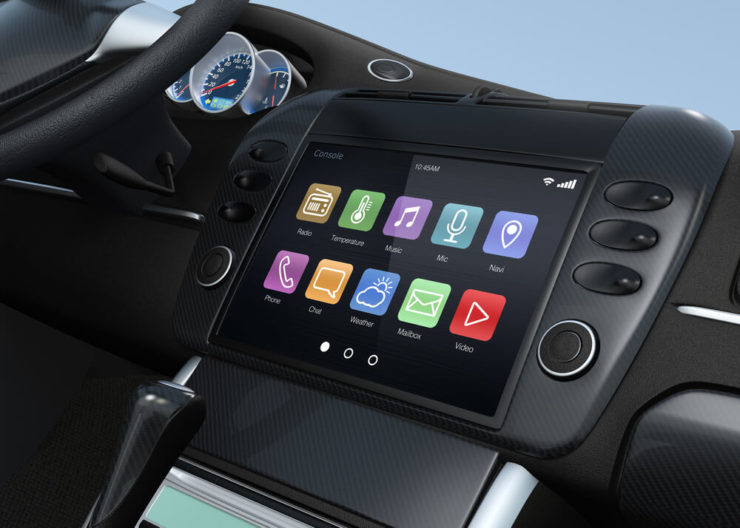 Smart vehicles and the use of AI in automobiles are slowly becoming more common. (Photo by Chesky via Shutterstock)

While this technology might seem foolproof, it is anything but and will require the highest level of product testing before it is available for the everyday consumer. Automotive components in particular need to undergo accelerated weathering tests to simulate weather conditions on the road to make sure they aren’t damaged by moisture or extreme sunlight.

As more smart and self-driving vehicles enter the market, this technology will continue to expand. It will be quite a while before we’re all behind the wheel (or lack thereof) in a driverless vehicle, but it is coming. Everyone, from automotive manufacturers to the average driver, will need to be prepared for this change.

Right now, carbon fiber is limited to luxury cars or custom body kits since it is so expensive to manufacture. This material is both durable and lightweight, though, and we will likely be seeing more of it in automotive manufacturing in the future.

This change is in line with the automotive industry’s ongoing quest to reduce vehicle weight and improve fuel efficiency. Pound for pound, carbon fiber is five times lighter than steel. It’s also 10 times stronger, providing additional safety for drivers in the event of an accident.

The biggest hurdle in the way of carbon fiber adoption is the price. It’s expensive — when it was invented in the 1950s, the inventor estimated it would cost more than $10 million a pound to produce. Thankfully the price has dropped dramatically in the intervening years. By 2020, it’s expected to be as low as $4.50 a pound, but it will be a long time before it reaches $0.18 a pound which is the current price of steel.

5. The future of automotive manufacturing

The automotive industry will continue to change and evolve as new technologies and processes enter the market. As it stands right now, we’re in the midst of the fourth Industrial Revolution, and it’s an exciting time to be involved in automotive manufacturing. We can’t wait to see what the future might bring.