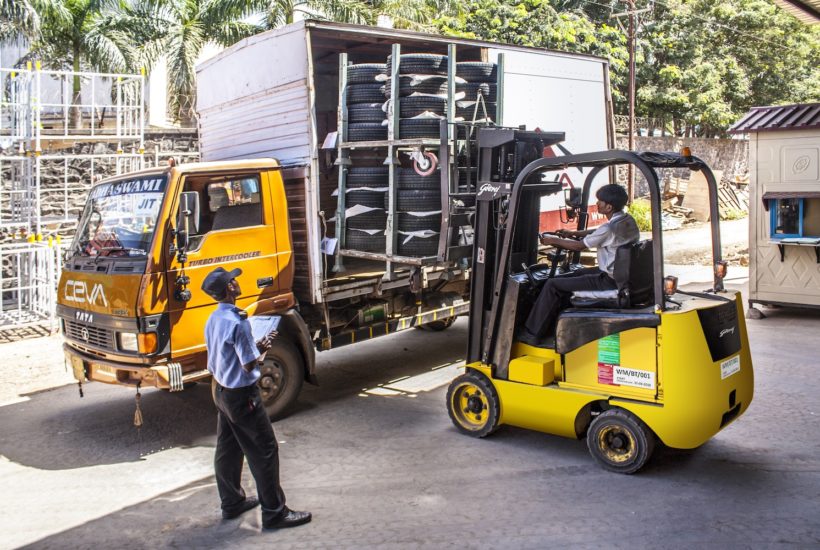 While the COVID-19 pandemic has highlighted in recent months the fragility of an international economy that is more open than ever to the four winds of globalization, it has also highlighted the fundamental role of the transport and logistics sectors.

Indeed, as early as mid-March, at a time when containment and movement restrictions were becoming more widespread across the planet, Kitack Lim, the Secretary-General of the International Maritime Organization (IMO), called on governments to remain pragmatic, believing that “in these difficult times, the ability of the sector to deliver basic goods such as medical supplies and food will be essential to respond to and ultimately overcome this pandemic.

A few days later, experts from the United Nations Conference on Trade and Development (UNCTAD) in turn called for “the maintenance and protection of maritime traffic and supply chains”.

The vital role that logistics plays in shaping national and global economies means that any changes to supply chains can cause breaking economic news, which can be easily followed using our free companion app, Born2Invest.

The situation was then beginning to become critical for maritime transport. Ships, which carry more than 80% of world trade each year, faced extensive quarantine measures in early March before they could dock, when ports were not simply closed.

The American consulting firm Kearney estimates that at that time, one out of every two departures from China was cancelled and that the load factor of the merchant ships that set sail was no more than 30%, “causing major disruptions in supply chains”. As a result, port activity also plunged in the wake of the general economic slowdown.

Antwerp announced a 4.9% drop in volumes in the first half of the year, with Rotterdam almost doubling. Marseilles and Le Havre have seen a third of their tonnages fall since the beginning of the year, while on the North African coast, such significant transhipment terminals as Damietta in Egypt and Tangiers in Morocco are expecting a 40% drop in the number of calls in the second half of the year.

However, in an international maritime context already complicated by the Sino-American trade war, by the recurrent overcapacity of the world fleet and by the challenges that shipowners have to face in order to meet the new environmental standards, the African port sector “has globally maintained its volumes”, to use the formula used at Bolloré Transport & Logistics (BTL).

Of course, Africa has not avoided the six weeks of declining world trade activity, from April to May, which continues to affect every link in the logistics chain. But the resumption of industrial production in China, already noted in June, “heralds a gradual increase in the transport of containers”, according to a CMA-CGM official. So much for imports.

On the export side, “the stocks of cotton, cashew nuts and cocoa are in very strong increase”, it is estimated at BTL. It is up to operators to know how to juggle between rapidly limited storage capacities and the seasonal imperatives of each agricultural production. The time it takes for the order books to fill up and for the world fleet to really get back into service.

Before the health crisis and despite its structural difficulties, the maritime sector had set a new record in 2019, transporting 11 billion tonnes of goods. More than 800 million TEUs had travelled across the oceans by that time, nearly 4% of which were bound for—or coming from—Africa.

As true yardsticks of globalisation, containers still leave Asia and the West loaded with consumer goods and equipment, but each year a little more of them leave African ports full of agricultural and mining bulk.

So much so that, “even if a deceleration in containerized traffic is noted on a global scale, Africa continues to enjoy satisfactory growth,” notes Georges Serre, advisor in charge of International Relations at CMA CGM, which in recent years, like many other major shipowners (Cosco, MSC, Maersk…) has broadened its range of services, particularly onshore, to keep its market share in an increasingly competitive business.

The most solidly established historical players, maritime transporters and major logisticians such as BTL, are facing more recently arrived groups, often of Asian origin—such as Arise, a subsidiary of the Singaporean Olam, and the Filipino ICTSI—to find new growth relays in Africa.

For “the ports are no longer a subject in Africa”, estimates Yann Alix, maritime expert with the Sefacil Foundation. “Today, as soon as a container touches land, everything becomes complicated”, confirms an Abidjan operator.

And, in the wake of the shipping companies, the historic stevedores, but also certain “shippers”, such as the agro-industrial giant Olam, it is the whole African continent that has to take the logistical turn. Although the port side has been changing across Africa over the last twelve years or so, in order to meet the expectations of its users overall, everything remains to be done once the fences of the terminals have been passed, when it comes to serving the hinterland.

Africa still lacks roads, railways and airports, while the COVID-19 emergency has demonstrated the need to rely on the air sector for its flexibility and speed, and on railways for mass and the secure the transport of goods, “to the last mile”, as the very purpose of logistics activity requires. However, urban congestion slows down the evacuation of containers from the outset.

“The interface between a city and its port often poses a problem”, has already confirmed Philippe Labonne, the deputy general manager of BTL, on several occasions, who cites among others the examples of Pointe-Noire or Lagos.

UNCTAD has calculated that while it takes on average eight hours to evacuate a container from a Japanese or German port, the same operation takes ten times longer in Nigeria and Senegal, twelve times longer in Kenya. Aware of the problem long before the health crisis, African public authorities as well as international operators are now favouring port installations outside the major capitals.

In Djibouti and Tangier, the last terminals have been built far from congested cities. In Senegal, DP World has set its sights on the Ndayane site, located some 50 kilometres from Dakar. In Côte d’Ivoire, MSC opted for San Pedro, while CMA CGM chose Kribi in Cameroon.

These new port interfaces, which are increasingly oversized to cope with the explosion in volumes caused by the expected demographic explosion across the continent, are also equipped with vast multimodal storage and distribution areas, such as in Vridi for BTL, to support the development of the future TC2 in Abidjan, or in Nkok for Olam, in the background of the Gabonese terminal in Owendo.

SEE ALSO  How to nail Social Media for eCommerce

These logistics platforms, but also sometimes industrial ones, are called upon to interconnect to form the first backbone of a logistics network with a continental vocation. Inland markets will then be served by large “penetrating” routes, by road from Dakar to Abidjan and Lagos in the Cedeao zone, or from Douala to Ngaoundéré, N’djamena and Bangui in Central Africa; by rail as part of the New Silk Roads traced by the Chinese across the Sahel or in East Africa.

Such infrastructures, by making supplies more fluid, should ensure the development of a processing industry in Africa, whose added value will justify the often substantial investments to be made.

“Africa imports nearly 50 billion dollars worth of food products every year that it could produce itself,” recalls Karim Aït-Talb, Deputy Managing Director of Geocoton.

Provided there is a sufficiently efficient supply chain to accelerate the creation of regional economic areas that will boost intra-African trade, which is still limited to 12% (compared to 60% in Europe and 40% in Asia).

Afreximbank experts have been saying for several years now that the development of this internal trade “is the surest way for Africa to protect itself from external economic shocks”. It is by following this logic that logistics is weaving its web across the continent.

(Featured image by Unknown via Pxhere)

First published in Jeune Afrique, a third-party contributor translated and adapted the article from the original. In case of discrepancy, the original will prevail.