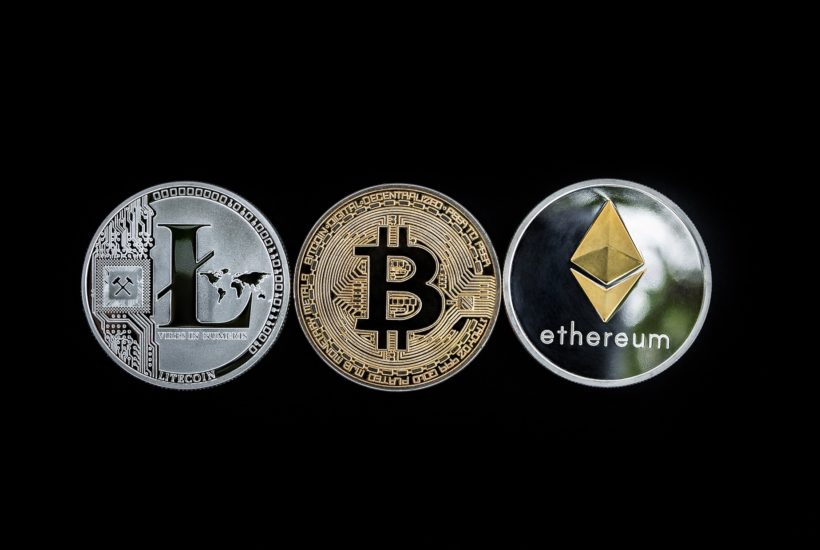 The altcoin apocalypse and the looming shadow of national cryptocurrencies is likely to bring sweeping changes to the crypto market over the course of 2020.  These new crypto trends will likely alter investor behavior and we should expect to see institutional investors treating the crypto industry more seriously than they have in the past.

Stay on top of these changes with the Born2Invest mobile application which brings the latest crypto, and business news from trusted sources to a single screen.

The rise of national cryptocurrencies

The most anticipated cryptocurrency today is China’s digital yuan. Given the nation’s leading position in the world economy, this could be a watershed moment that transforms the global financial system. The Chinese authorities are actively introducing many modern technologies, so we can expect that, at least inside the country, the Crypto Yuan will spread rapidly according to the party’s plans and could spark a new crypto trend.

Interestingly enough, there was also talk of a single cryptocurrency for individual regions, in particular BRICS countries (Brazil, Russia, India, China, and South Africa). China will most likely offer its national cryptocurrency for this role, which is consistent with the plans for its use in international calculations. Of course, of, this does not mean that the rest of the member states of the international group will agree to this option. The European Central Bank is also preparing to start developing its own sticky note, for which it has already created a working group.

It looks as though we likely that we will soon learn about a project that will be a kind of cryptocurrency “hybrid”, that will have the properties of stable coins and a regional currency. In the future, we might see a single global digital currency. Thus, in October, the Bank for International Settlements held the first summit of G20 Central Banks, at which the idea of a global cryptocurrency was discussed. In Switzerland, BIS, together with the country’s central bank, has already established a center for developing a single settlement token among the world’s central banks.

All of the above facts tell us that the transition of States to digital currencies is one of the elements of the next stage of human development, and its emergence is all but guaranteed.

Regulation of the cryptocurrency market in Russia

Dmitry Zakharov, General Director of Moscow Digital School and a member of the Commission on Legal Support of the Digital Economy of the Moscow Branch of the Russian Bar Association stated that “In 2019, the Civil Code has already been amended to include digital assets and smart contracts. From January 1, 2020 the law on crowdfunding will come into force, which allows attracting money by issuing utilitarian digital rights and other tools.”

Meanwhile, the most expected law, on digital financial assets, has not been adopted. The crypto community has already lost hope for its adoption and is not expecting anything from the legislator next year. It is clear to everyone that the creation of a comfortable legal environment is necessary not only for private owners of cryptocurrencies software but also for large businesses.

Thus, the co-owner of NorNickel, Vladimir Potanin, has already made a statement that his tokens tied to the price of metals will be put into circulation outside the Russian Federation. Hopefully, the legislator will still listen to the expert community, and will pass a working law in 2020, which will settle all issues, including the status of cryptocurrency in Russia.

The crypto mining market is becoming more mature. We are unlikely to see super-profits from the mining of cryptocurrency if its price does not start to grow rapidly as it did in 2017. At the same time as mining becomes more predictable it begins to attract institutional investors sparking a new crypto trend. Today the market is saturated with equipment, manufacturers have learned how to flexibly and quickly increase sales, which is a driver of network growth and keeps a fairly stable moderate level of profitability mining.

Institutional investors will play an increasing role in the development of the industry, and the cost of electricity is a factor determining the success of investments. Capacities that use energy below $0.03 kWh are not only more profitable, but also continue to operate in almost any market situation. Stable regulations and legal transparency of the mining business are extremely important for investors. Such conditions at high volumes and low electricity prices can only be obtained by professional players with serious expertise.

In 2020, we can expect a gradual decrease in the share of Chinese mining. The main regions of growth in the near future will be Kazakhstan, the USA, and Canada. North America, as a region with developed law and well-established mechanisms of investment protection, is interesting primarily to the most cautious investors. At the same time, Kazakhstan is becoming, possibly, the most favorable country on the Eurasian continent for investments in digital mining: a zone governed by British law has appeared here, the government actively supports IT companies, and Kazakhstan is traditionally open for work with foreign investors.

Bitcoin will continue to outperform altcoins

Leading United Traders trader Alexei Markov, made note: Important crypto trends of this year will influence the crypto market in 2020. For example, the rapid development of the market for crypto derivatives, primarily based on Bitcoin. On the one hand, the emergence of regulated trading platforms in the US is perceived by many as positive because they attract institutional investors. On the other hand, it is not a fact that derivatives contribute to the bull market. There have been periods were trading at Bitcoin has been active even with a significant decline in the underlying asset.

One can also recall the recent statement by Christopher Giancarlo, who was the head of the powerful US Futures Markets Commission. He is confident that U.S. officials deliberately launched regulated bitcoin futures trading on the CME and CBOE in late 2017 so that the bubble on the spot market would burst under the pressure of short positions.

Another expected event is Bitcoin Halving, which will take place in May 2020. Again, many people estimate it as a price growth factor. However, similar sentiments have been expressed regarding the halving of Litecoin this year, but the price increase has already been “included” in the LTC price at the time of halving. The lack of sharp movements has led to a prolonged decline in Litecoins price.

We will likely see the altcoin crisis continue throughout 2020 given the sheer number of coins available on the market and the fact that the broad majority are not liquid, have no value and are not in demand but they will likely disappear gradually over time.

With top-level cryptocurrencies, the situation is strange, with Ripple being a perfect example of this. The company claims that its XRP token is used by two dozen corporate clients to conduct cross-border transactions. If XRP has evolved as a utility token to convert one currency to another in a transaction, its price does not matter, it is not an investment asset. Demand is not yet high enough for there to be a shortage of XRP, and Ripple is selling more and more coins to customers.

Ethereum is undergoing major changes on which the future of the main block-platform for decentralized applications will depend. The update is so large that it is unofficially called “Ethereum 2.0” and should significantly increase network scalability. Given the big plans (a  transition to Proof-of-Stake and introduction of sharding) the update will last all next year and will likely trigger significant price fluctuations.

No technical update can go perfectly, simply looking at the history of Ethereum is proof enough of this. Therefore, token price corrections due to failures are likely. Another important factor will be how “Ethereum 2.0” will affect the market for decentralized applications itself. Hopefully, it will be positive. This year showed that Blockchain is good not only for betting and trading but also for video games, for example.

As for Tether, Binance Coin and other native tokens of exchanges, their price is determined exclusively by the activity of traders. In general, “exchange tokens” are one of the most popular coins. The decline of “hype” after 2017 has not affected the spot market – it continues to expand. Exchanges have become more regulated, safer, overgrown with different services. A system of transparency of their work is gradually being created. There’s no reason to believe that crypto exchanges are going to get worse.

2020 is set to be a game changing year for cryptocurrency. We should expect to see the market mature significantly from the wild-west days of 2017 as governments continue to embrace their own variations of blockchain technology and exchanges continue to mature.