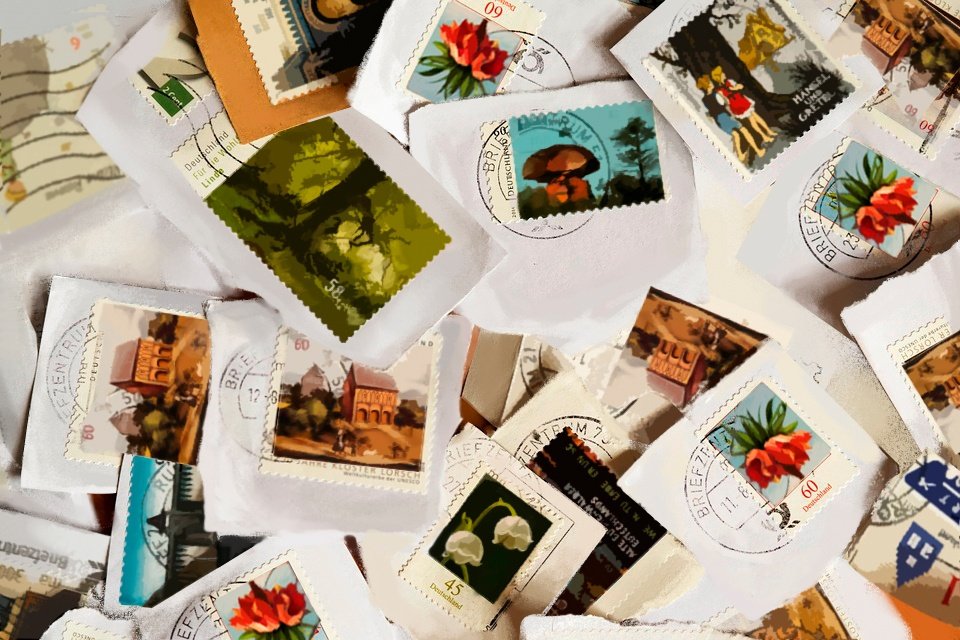 According to many hobbyists, philately represents a creative and satisfying activity that sometimes can bring extra money in the wallet. But many stamp admirers don’t do it for the cash and they truly enjoy the art of stamp collecting.

Through the years, the postal offices around the world were getting creative with the stamp designs and materials they were made from. So instead of issuing regular rectangular postage emblems with portraits of dead presidents or kings and queens, they decided to spice things up and come up with more unique and innovative stamps.

These are some of the most interesting postage stamps ever created:

Being the world’s biggest producer of cork, Portugal issued this one-of-a-kind stamp made out of a paper-thin cork in 2007. It had a face value of 1 EUR and was printed in 230,000 samples. Every stamp from this series is unique due to the cellular nature of the cork. 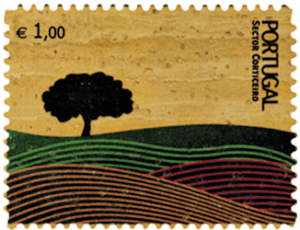 The Austrian Post office had the coolest idea to produce stamps entirely made from the same material as a soccer ball. Its purpose was to celebrate the UEFA Euro Soccer Tournament in 2008. Special printing methods were applied to make the plastic look like a real ball. 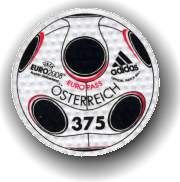 Many people don’t like the idea of licking the back of the stamp to glue it on the envelope. The UK Royal Mail decided to make this a pleasant and delicious experience by creating chocolate stamps, which has three smells and flavors: milk, dark, and white chocolate. These postage emblems come in a set of 24 first-class stamps, arranged as a chocolate bar. 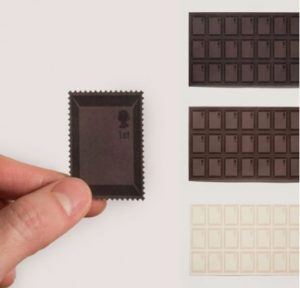 Another fine example of creativity comes from Austria. In 2006, they issued a stamp that contained meteorite dust—0.03 grams of space rock, to be more exact. The 19 kg meteorite which was found in Morocco was crushed, and then the fine dust applied on the stamp with a special adhesive. The cost of this unique piece was just 3.75 EUR. 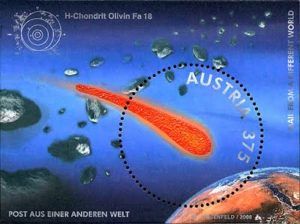 Germany is known for producing scented stamps, but their most beautiful and unique set came in the 2010 series featuring fruits such as strawberry, apple, lemon, and blueberry. The secret of these stamps is in the microencapsulated fragrant oils that are assembled in the paper they are made of. 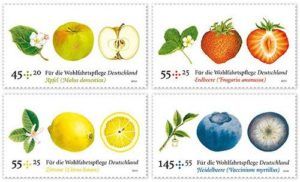 Swarovski is known for their beautiful jewelry, but did you know that they produced a stamp with their famous crystals on it? In cooperation with the Austrian post, they were issued in 2004 with the design featuring the famous Swarovski swan and a diamond covered in little crystals. These stamps were produced in a limited number of 800,000 pieces. 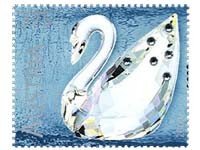 The first stamps made from steel (or steel foil to be more precise) were issued in 1969 in the little country of Bhutan. The design of this stamp series represent the history of steelmaking and was created by the Walt Disney Company. 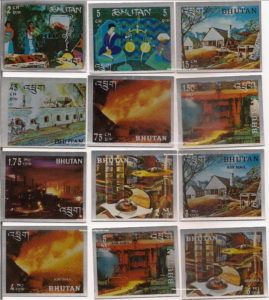