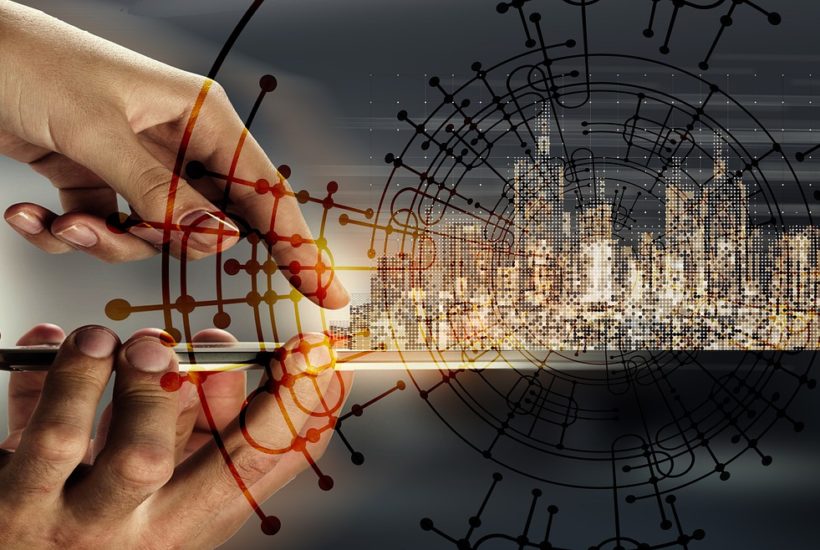 Public officials throughout America are leveraging data in ways that can only be described as futuristic. Through partnerships with companies that specialize in data capture, data integration, and data analysis, big changes are occurring. The results are impressive – cost reductions, more efficient planning, fewer required resources, and improved citizen services.

City leaders are capturing data through the Internet of Things (IoT) and then using it for planning purposes. The data helps officials manage traffic, oversee parking availability, and handle billing through smart water meters. Data also is used to decide where to locate electronic vehicle charging stations and how to schedule public transportation. Broadband expansions and Wi-Fi enhancements use data to target critical needs. These types of initiatives will get another boost with the upcoming infusion of federal infrastructure funding, but many cities and states already have consolidated other funding for initiatives that include data integration.

In Nebraska, state officials have announced a Broadband Bridge Program to install and enhance network connectivity in underserved regions. The state has contributed $20 million to regional projects. Internet service providers will be invited to apply for preferred funding to install and market broadband access in designated regions. Once the 2022 window to apply for the funding is activated, it will remain open until the July 1 closing date. Federal funding will be available soon for more broadband projects as well.

City leaders in Fort Dodge, Iowa, have $36.8 million to use for a citywide fiber network. The municipality has a design plan in place that promotes the smart city initiative of broadband connectivity. Once the connectivity is expanded and upgraded, data gathering will be enhanced and other smart city data-driven initiatives can be launched.

In 2022, state officials in Maine will distribute grant funding for a variety of infrastructure projects through what is known as the ConnectMaine Authority Program. Approximately $940,000 will be available for broadband expansion, intelligent data collection, analysis, and mapping partnerships. The window to capture funding opens at the end of November and closes in January 2022.

Municipal broadband networks were virtually non-existent in Connecticut, until recently, but now they are now the subject of several feasibility studies. City leaders in Bristol voted to use approximately $250,000 of American Rescue Plan Act (ARPA) funding to evaluate fiber broadband options that internet service providers can offer to achieve citywide connectivity. The budget also entails another $100,000 in funding to devise an overall plan to gauge the feasibility and sustainability of broadband networks in the region.

State agency officials also are using data to plan transportation projects. The New Jersey Department of Transportation’s (NJDOT) Congestion Relief Program has $3 million available to design various traffic turnaround which is known as Intelligent Traffic System (ITS) improvement projects. NJDOT will also direct another $3.5 million to research and development of an ITS strategy to be deployed statewide. Another $8.7 million is allocated for the first phase of a statewide Intelligent Traffic Signal Systems project.

Minnesota’s Department of Transportation announced plans to fund a similar project that will involve the replacement of the traffic signaling system and pedestrian lighting along stretches of highways that fall within the city of St. Paul. Bid documents to install smarter and more adaptive lighting will be opened as the estimated $10 million project nears its scheduled start date.

City leaders in Nashville, Tennessee, announced an allocation of $141 million in funding which will be consolidated with another $199 million to fund transportation grants. This revenue is earmarked for ITS-related improvements. The city’s mayor announced that $5 million is available for data-based, smart city initiatives for traffic management, and another $2 million will be available for the development of a Transportation Management Center in 2022.

Officials in Wichita, Kansas, are exploring sophisticated methods of data capture to allow oversight of parking assets. With a planning team in place, the city’s next step includes partnering with private sector partners to centralize the connectivity of all parking assets. The monitoring will provide a more detailed understanding of how the city’s parking resources are used currently, and another more efficient initiative is slated to receive $3.87 million over the next two years.

The city of Coral Gables in Florida has a well-publicized record of fostering smart city initiatives through partnerships with private sector contractors. Among the various upcoming projects included in the Five-Year Capital Improvement Plan are two different initiatives to upgrade street lighting in the city’s neighborhoods. One project involves converting the existing network of lamps and light fixtures along pedestrian pathways to LED lighting systems. The LED Street Lights Conversion program is funded for $450,000, and the plan is to replace 583 city-owned streetlights.

Chula Vista, California, will soon launch a series of technology initiatives related to smart traffic management. The projects will begin with an upgrade and a modification of the city’s traffic signaling and streetlight system. Funding will come from an annually recurring budget of $300,000 for the five-year duration of its programming. When completed, the streetlights will be integrated into wider, more efficient grids, citizen safety will be improved, and municipal costs for electricity will be dramatically reduced.

Data collection, data analysis, and data-driven projects will become common components of all types of projects in the future. Companies with offerings designed for data integration will be in high demand.