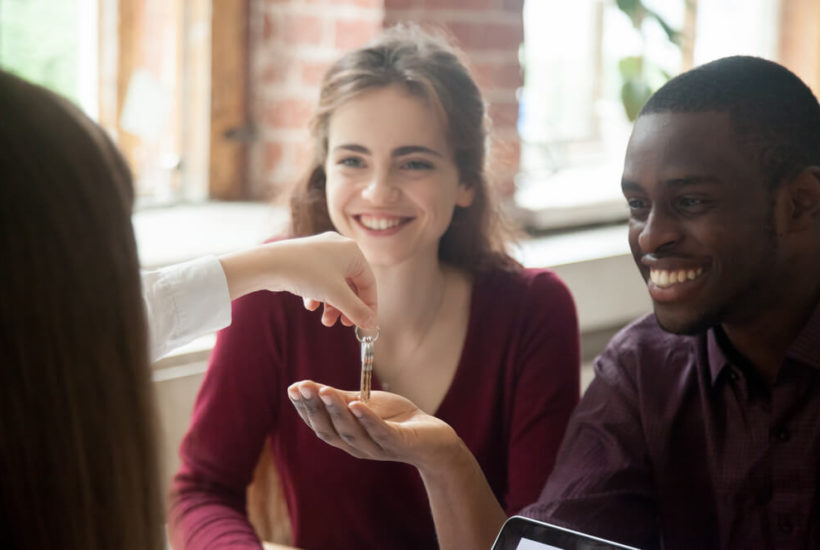 In the article “Missing Millennial Homeownership Endangers the American Dream,” Riquier pointed to a report from the Urban Institute’s Housing Finance Policy Center. That report suggests the “story of millennials and homeownership is in many ways a story of inequality in America  — and one that might be getting worse,” as she put it.

Let’s look at this from my demographic perspective

Boomers bought real estate at unprecedented speed and price, thereby inflating a housing bubble from 1983 into 2005. Demand drove up the price. And that made them richer, especially the ones born earlier.

We saw this coming just by looking at simple demographic trends. Those same trends also warned of the looming bubble burst and I called the top of that first bubble in late 2005, just months before prices topped out in early 2006.

We are near the end of a second bubble in real estate, one equally as inflated as the last, but created with different forces. This second bubble has arisen more from falling supply than rising demand.

The demographic hiccup here is that, while millennials rival boomers in terms of numbers, they don’t and won’t have the same impact their grandparents had on the economy. Their numbers are spread out rather than concentrated in a sharp wave.

A pig-smoothie versus the real pig

Think of millennials like a pig-smoothie passing through a python while the boomers were the actual pig!

And, at this point in their spending wave, they’re only becoming homeowners at eight to nine percentage points lower rates than boomers and Gen Xers did at their age.

I should note, real quick, that traditional demographers define the millennials as those born from 1981 to 1997. I define them differently because I’m less interested in their social associations than I am in their economic impact. I split the millennial generation into two distinct waves. The first group was born between 1976 and 1990 and the second from 1997 to 2007. But back to the story.

SEE ALSO  Africa should be your next investment target: Here’s why and how

Millennials whose parents were renters have the lowest buying rates, at a mere 14.4 percent. In comparison, millennials of parents who owned their home have a buying rate at around 31.7 percent. More than double their counterparts, but still lower than younger boomers did at younger ages.

These numbers also vary sharply according to ethnic groups.

What ethnicity does to home ownership

Here’s the breakdown of total ownership by ethnic groups showing the importance of home buying to wealth building. 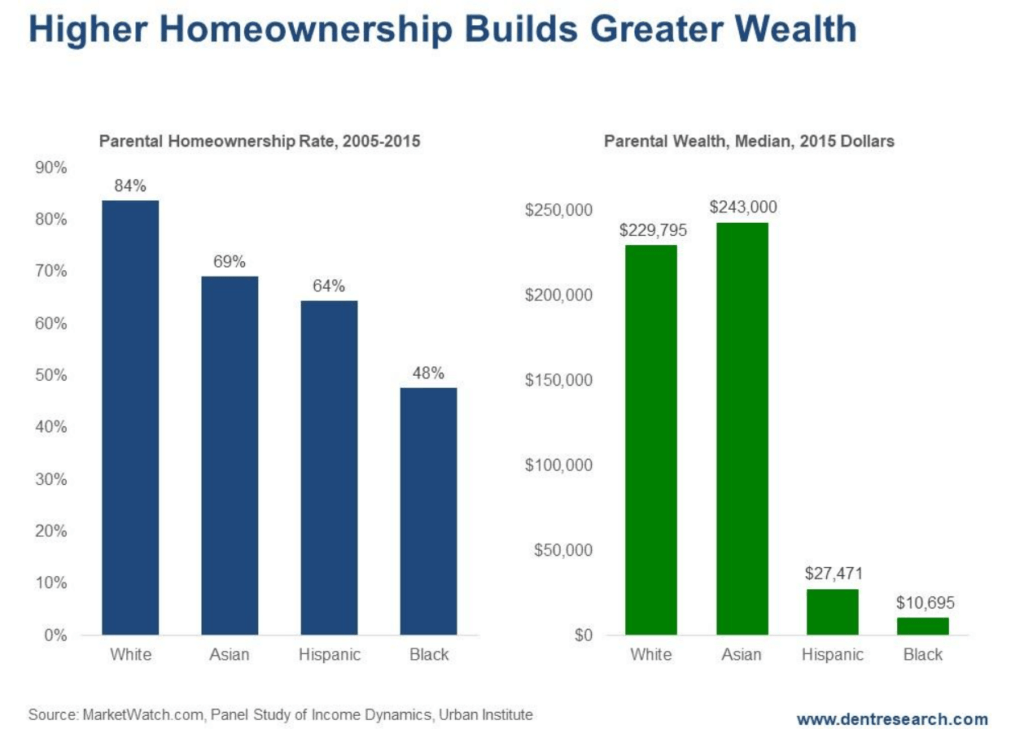 As you can see, white households have the highest home ownership, at 83.7 percent, and high net worth at $230,000 (Note: Australian net worth is more like $450,000 from higher ownership and prices).

Asian ownership rate is 69.1 percent, but with a higher net worth, at $243,000 – higher incomes and savings rates contribute here.

So, what does this mean for millennial home buying?

Well, as far as I see it, there are several reasons why millennial home buying is significantly lower than their parents or grandparents at the same age. One of these is, you guessed it, ethnic makeup. The millennial generation is more multiracial, and thus has lower buying rates from the minorities.

But, of course, there are other reasons:

What’s to be done?

What can we do to relieve the rising costs?

Educate millennials that down payments aren’t as high as they think. They’re back to five percent on average. That said, it still wouldn’t be my advice to buy now.

Relax zoning requirements that favor older owners’ quality of life and home values. This would free up land and lower costs to build for the younger ones.

But there is another trend that will greatly relieve the supply pressures that are making homes more expensive as seniors are increasingly “aging in place.”