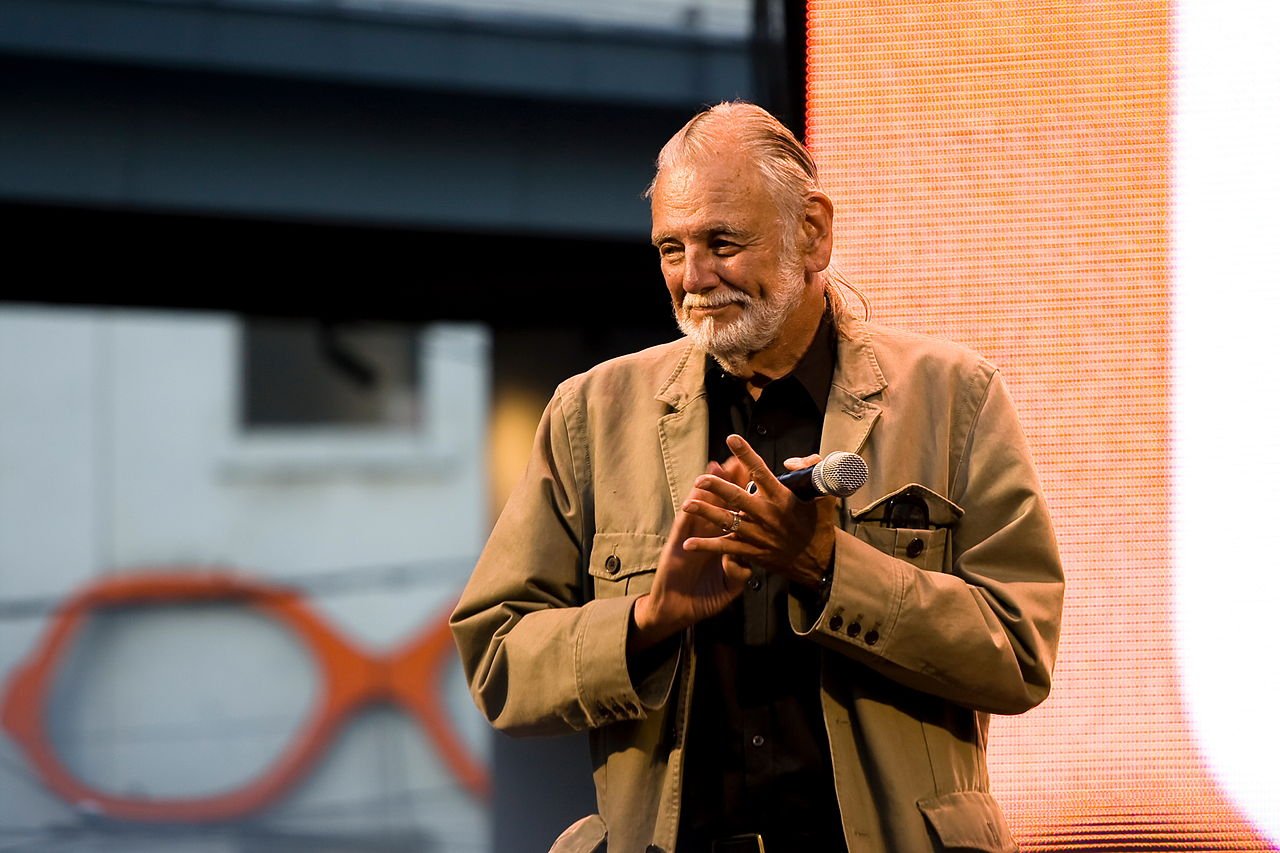 The family of George A. Romero confirmed the death of critically acclaimed writer and director on 16 July 2017, at the age of 77. According to Forbes, he passed away in his sleep after a short but brave battle with lung cancer. Romero is best recognized as an influential figure in the horror genre and for revolutionizing the modern zombie film through his “Dead” movies. He also had a knack for incorporating social commentary in his films.

Aside from the “Dead” series, Romero also directed horror films like “The Crazies,” which had a successful remake released in 2010 starring Timothy Olyphant and Radha Mitchell and directed by Breck Eisner, and “Creepshow,” a black comedy horror film with the screenplay written by popular author Stephen King. “The Crazies” was not successful at the box office as it only received a small release, while “Creepshow” earned $21,028,755, per Box Office Mojo.

In 1990, he also collaborated with Italian film director Dario Argento on writing and directing “Two Evil Eyes,” an adaptation of Edgar Allan Poe’s “The Facts in the Case of M. Valdemar” and “The Black Cat.” According to its Box Office Mojo page, the film only earned $349,618. Upon the time of his death, Romero’s net worth is at $35 million.

Upon hearing the news of Romero’s death, British filmmaker Edgar Wright wrote a touching tribute on his blog, Wright said that Romero inspired Wright to start his career that launched him to where he is now. Wright admired Romero and his work deeply. He even made “Shaun of the Dead,” a horror comedy film starring Simon Pegg, as a homage to Romero’s “Dead” franchise. It’s safe to say that Romero has left a great legacy that is full of inspiration.

In honor of Romero, here is the ranking of his “Dead” films in terms of worldwide box office gross, with figures obtained from The Numbers. 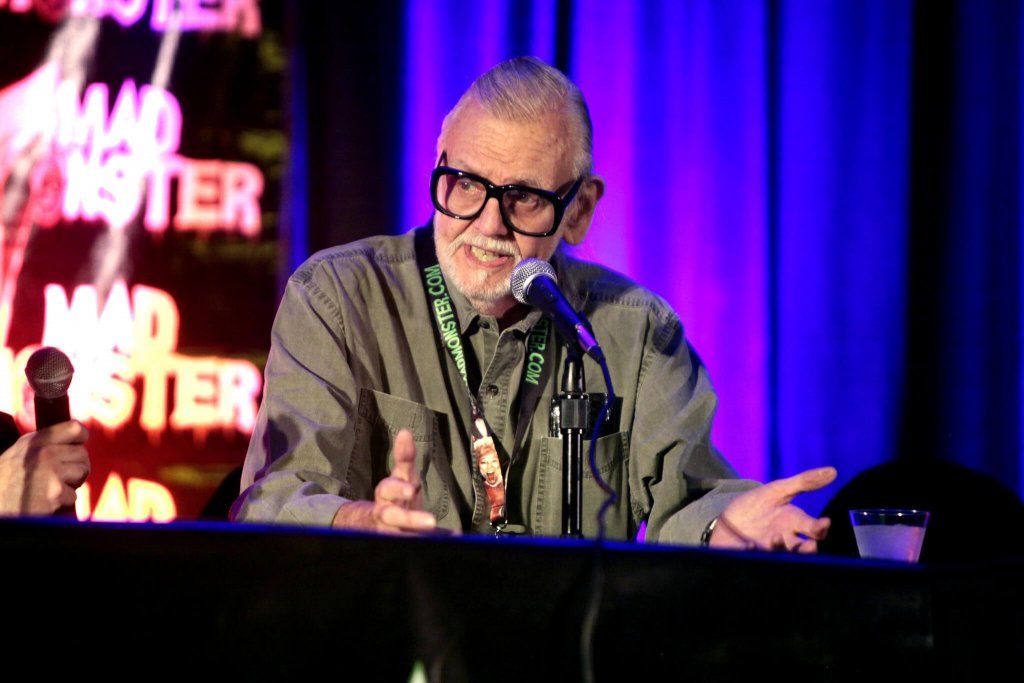 The most recent film in Romero’s “Dead” series sits at sixth place, earning only $101,740 in the worldwide box office. “Survival of the Dead” follows a group of National Guardsmen who got caught in the squabble of two families while trying to survive the onslaught of undead and was also the last film Romero directed before his death.

Romero’s “Diary of the Dead” rests at the fifth spot with $5,394,447. The film is the first and only movie in the series that utilized the “found footage” filming style, where events unfold through the cameras of the characters similar to the style of documentaries to bring a strong sense of realism.

“Night of the Living Dead” is at fourth place with $30 million in the worldwide box office and launched not only the “Dead” series but also Romero’s career. The movie is the only one in the series that was shot in black and white due to its small budget of $114,000. It also redefined the terror of zombies in horror films and became an influence in filmmakers and modern zombie movies and TV shows. 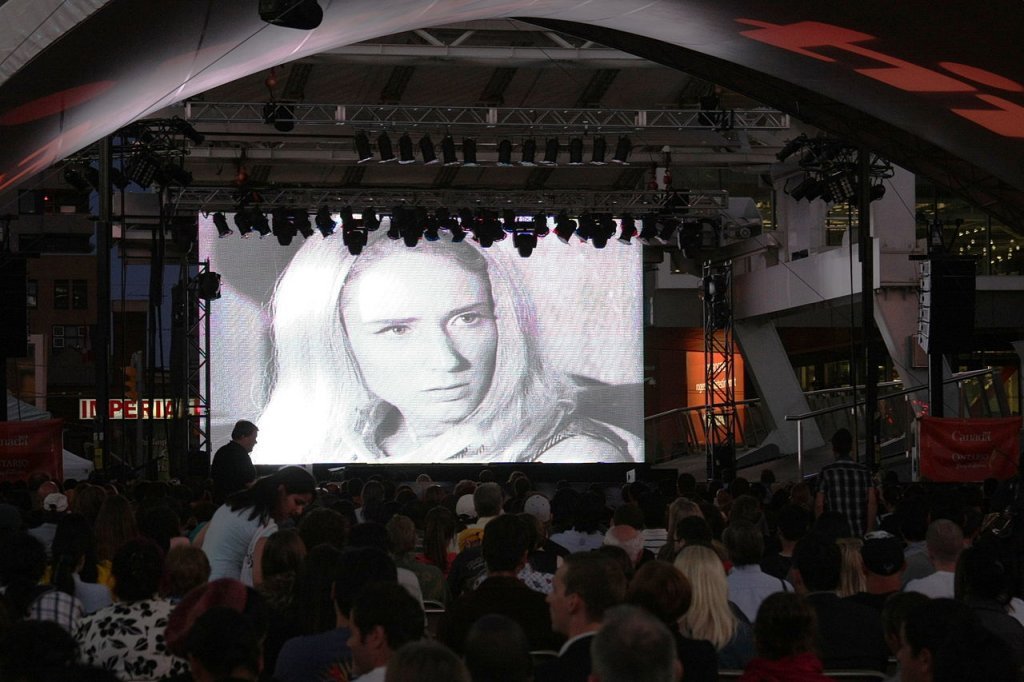 People watching a screening of “Night of the Living Dead” at Yonge-Dundas Square. (Photo by Bryan Chan via Wikimedia Commons. CC BY-SA 2.0)

The third entry in the “Dead” franchise, “Day of the Dead” lands in third place with $34,004,262. The film tells the story of members of the U.S. government and military hiding in bunkers as the world collapses because of the zombie infestation. “Day of the Dead” manages to stand out because it features a zombie who retains some of his humanity, thus becoming tamer than the typical zombie.

At second place is “Land of the Dead” with $47,751,015. The fourth film was released 20 years after “Day of the Dead” and has the highest budget in the franchise, amounting to $18,975,000. Romero’s signature social commentary is present in the movie as it follows the struggles of people living outside a tower block populated by the rich while dealing with a government resembling feudalism and the threat of zombies.

“Dawn of the Dead” is at the top spot with $55 million. The film follows a group of people seeking refuge inside a mall to survive the invasion of the undead. Its underlying themes deal with consumerism and capitalism, making the film a timeless tale as well through its metaphors represented by the zombies.