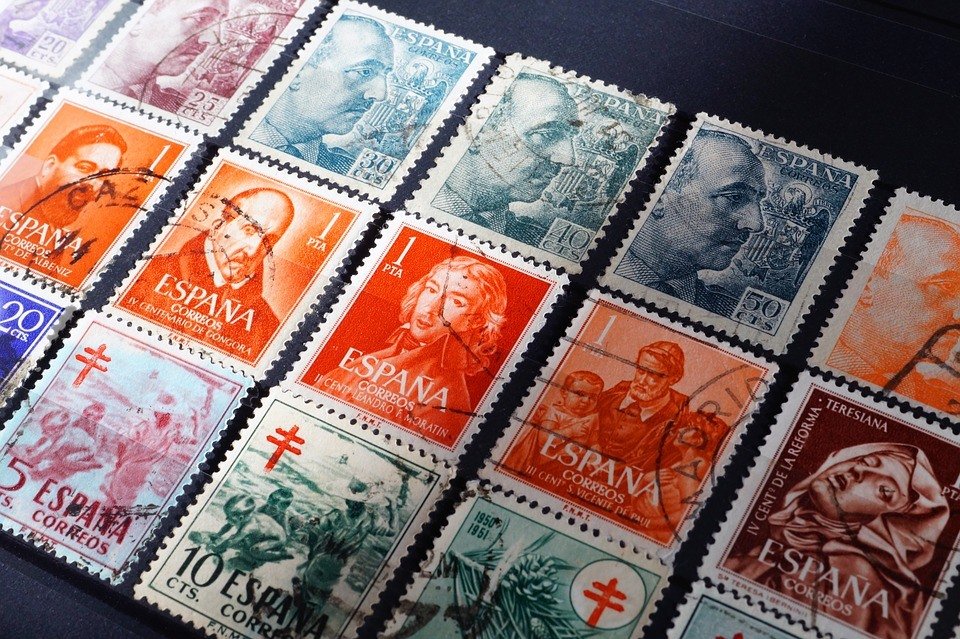 Before the postal stamps came into use, the mail in the UK was handled in a way that recipients had to pay for the letters or shipments they received. Meanwhile, the US mail was being operated by captains of ships and deposited in special bags hung in taverns.

Starting from the middle of 19th century,  governments have been establishing national postal systems that operated on prepaid fees, with a proof of payment mostly in the form of adhesive postage stamp. But just before this form of stamps emerged, the letters were marked with ink and hand stamps made from wood or cork.

Here are the first issued stamps from countries around the world:

1847 is the year when the US first started using the prepaid system of mailing letters. It was also the year when introductory postage stamps were issued. They went on sale July 1, in New York City, bearing the faces of Benjamin Franklin and George Washington for the five-cents stamps and ten-cents stamps respectively.

These presidents were the only people gracing the cover of the US stamps up until 1856 when a five-cent stamp honoring Thomas Jefferson was issued. It wasn’t until that same year the post stamps became obligatory and the only legal form of sending and receiving mail. 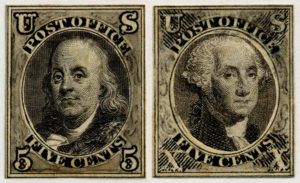 The two presidents were featured on different US stamp designs for 9 years in a row. (Source)

The first adhesive postage stamp ever created comes from the UK in the distant 1840, thanks to Sir  Rowland Hill, inventor and social reformer, and his effort to simplify and revolutionize the process of sending mail and reduce postage costs.

He chose black ink for the one-penny stamp, which became known as the Penny Black, and it featured the profile of the fifteen-year-old Queen Victoria. Right after that, there was a need for sending heavier mail, and instead of using two Penny Black stamps, Hill created the Twopenny Blue by changing the the stamp color and lettering. 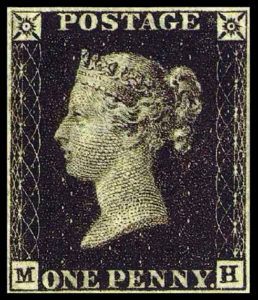 These stamps represent a picture of a big dragon against a background of clouds and waves in green, brown red, and yellow color. The most valuable one is the yellow dragon stamp issued in 1883, because it’s one of the rarest and hard to find.

The Province of Canada (consisted of what is now Ontario and Quebec) officially issued the first stamp in 1851, featuring a beaver on an orange red background. It was designed by Sir Sanford Fleming, a famous engineer, and inventor.

This 3-pence stamp was the first one in the series that followed afterward, such as the six-pence stamp featuring Prince Albert, and the twelve-pence with Queen Victoria. 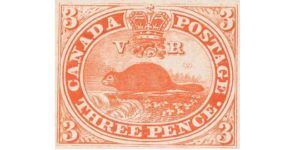 The Canadian beaver on the first stamp. (Source)

The first Russian stamp went on sale in 1857, issued by the Russian Empire. With a face value of 10 kopecks, it featured a coat of arms in brown and blue color. A few years later, with the purpose of simplifying international mail rates, 1-, 3- and 5-kopeck stamps were added in the series.

The first Russian stamp bearing a coat of arms. (Source)

The 20c Ceres Black stamp is the first issued French postage emblem in 1849. Designed by  Jacques-Jean Barre, the general engraver at the Paris Mint, this stamp featured the Roman goddess Ceres on a black background, wearing a crown of branch and a bunch of grapes in her hair. Philately experts like comparing this stamp with the British Penny Black because of their resemblance and similarities. 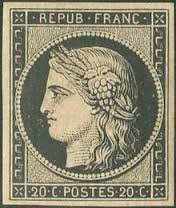