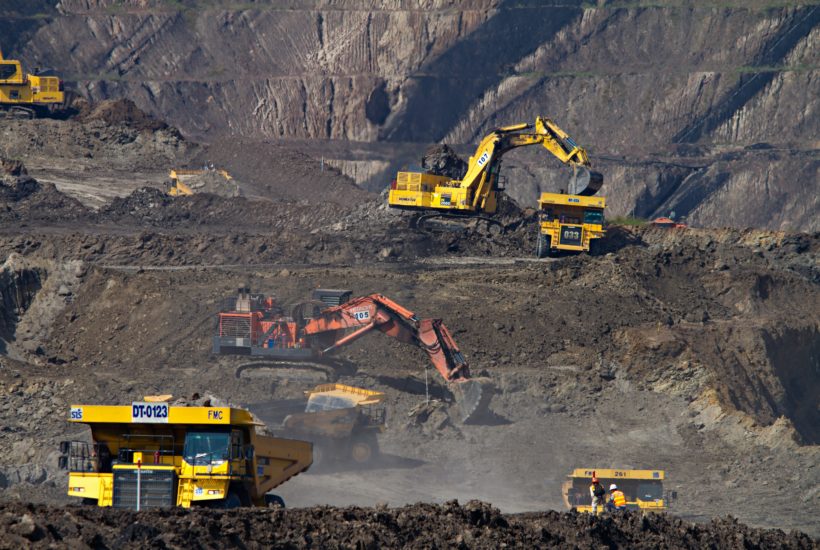 Several major mining companies join the group of industries that do not want to remain on the sidelines of the road to zero emissions. The companies belonging to the International Council of Mining & Metals (ICMM) announced on Monday that they are committed to decarbonizing their operations.

Thus, they are committed to implementing measures to reduce scope 1 and scope 2 emissions (those that companies generate both directly and in order to operate) in line with the Paris Agreement. The only objective that remains outside – and for the moment – of the pact is the one that affects scope 3, which would also include, for example, the emissions of its customers and suppliers.

This step – which activists have been calling for some time and which has already had effects at the individual level, for example in the case of Glencore or BHP – affects the mining sector‘s heavyweights.

In other words, several of the world’s leading companies from five continents are involved.

Find more about the mining companies’ commitment to take the net-zero route and read the most important business headlines with the Born2iNvets mobile app.

Although in this first step indirect emissions have been left out, the major mining companies recognize that they are critical and will come a little later. “We recognize that Scope 3 is critical to minimizing our overall impact and we will set Scope 3 targets, if not by the end of 2023, then as soon as possible,” they advance.

“We will play a leadership role in overcoming these barriers and advancing partnerships that enable credible targets and emissions reductions across all value chains,” they insist.

Investors are being very active in demanding clear targets from companies for each of the scopes. Chris Hohn was one of the first to start asking its investees to make this data public, but BlackRock made that shift earlier this year, and institutional investor associations involved in the net-zero route are also demanding it.

In fact, some proxies this season opposed some of the climate plans that have been presented to the board just for not measuring scope 3 emissions.

The companies in the ICMM have taken this into account because they have committed to providing information both on their volume of emissions in all scopes, as well as their evolution. They will follow the recommendations of the Task Force on Climate-related Financial Disclosures (TFCD).

The risk of being left out of portfolios and finance

Mining companies are some of the companies that have the most at stake in this first stage of the road to zero emissions, because not only could they be excluded from the portfolios of institutional investors, but also from bank financing.

Banks are beginning to present concrete commitments to decarbonize their credit portfolios, but one of the commitments that is already public is related to coal.

In Spain, Banco Santander and BBVA have already committed to stop financing companies with a certain percentage of revenues from coal.

They are the first to make this public – BBVA is expected to provide a more concrete route on November 18 at its Investor Day – but more will follow. Caixabank has also made a commitment by joining the Net Zero Banking Alliance. Among the non-listed banks, Ibercaja and Abanca are also part of this group.

However, due to their international position, the strategy followed by Banco Santander and BBVA -and the rest of the global entities- can be very relevant for all mining companies.

Institutional investors are also pressuring and will continue to do so, because many of them are committing their own portfolios to zero emissions and this will condition them when investing and divesting in assets.

For the moment – and although there are those who have already sent out strong messages that they will be removing coal from their portfolios – what they are demanding from their investees is a path towards zero emissions. It is clear that the mining companies have not wanted to leave them wanting just before COP 26, where all those sectors that continue to refuse to row against climate change will be under scrutiny.

First published in finanzas.com, a third-party contributor translated and adapted the article from the original. In case of discrepancy, the original will prevail.