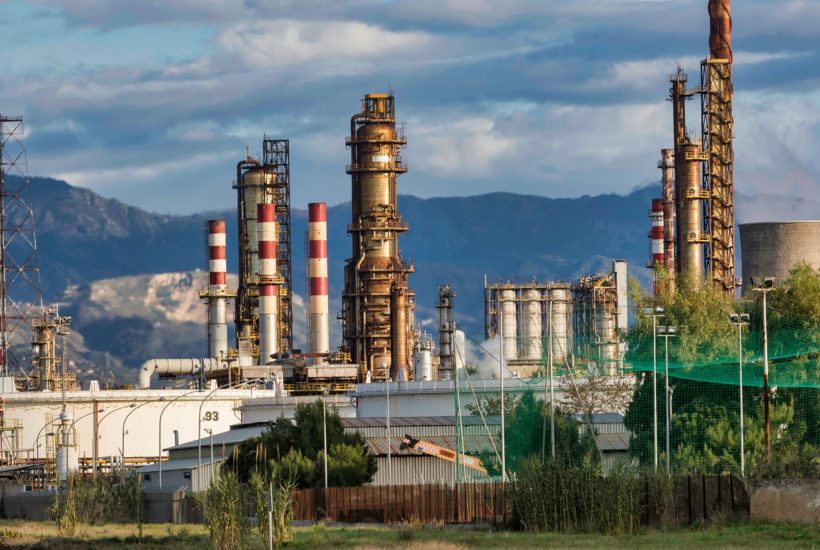 The unprecedented rise in gas prices, which has given European countries an energy shock comparable to the oil crisis of the 1970s, has now hit the finances of the world’s biggest commodity traders, who have been betting massively on falling gas prices.

Glencore, Trafigura, Vitol, and Gunvor have received margin calls from brokers in the gas futures market. Thus, they were forced to obtain additional financing from banks, Reuters reported, citing sources familiar with the situation.

According to agency insiders, brokers are demanding hundreds of millions of dollars from commodity traders to hedge positions that were taken as part of hedging strategies.

Companies trading commodities – from metals to hydrocarbons – have followed the same pattern for years: if the difference between EU and US gas prices (known as the spread) is widening, they bet on narrowing it – that is, they open short positions on EU gas futures and long-term US gas futures.

If the spread narrowed, the opposite transactions were made: traders bet on an increase in gas prices in the EU and a decrease in the U.S., counting on the difference returning to historically average values.

Read more about the gas markets and the rising prices, and find the most important business news of the day with the Born2Invest mobile app.

However, the year 2021 has escaped all previous patterns and rules

Gas prices on the EU market have increased by 484 percent since the beginning of the year and on Tuesday, October 5th, they exceeded $1,300 per thousand cubic meters.

Gas is also getting more expensive in the United States, where the shale boom over the past decade has brought prices down to minimal levels. Now gas is rising at a record pace in 13 years, but it can’t keep up with gas prices across the Atlantic. By comparison, U.S. gas at the Henry Hub costs $5.97 per million British thermal units (MMBtu), and at the Dutch TTF hub, it costs nearly $34 per million MMBtu.

According to Reuters, it is commodity traders who hold the bulk of the short-term gas contracts on the London ICE exchange. According to these contracts, it reaches $30 billion.

Some commodity traders are raising funds from banks to cover hedging requirements. Others are thinking of closing positions, but this could lead to a further increase in quotations: companies will have to buy contracts out of the market, which will create artificial, “paper” demand.

The rise in gas prices in Europe started in the first half of the year when demand rebounded after a pandemic and LNG supplies fell sharply. Tankers sailed en masse to Asia, where fuel costs are higher.

Over the summer, Russia’s Gazprom, which is lobbying for the Nord Stream 2 pipeline, decided to turn up the heat. In July, the Russian company cut supplies to Europe by 10 percent. In August, it abruptly and drastically stopped pumping gas through the Yamal-Europe pipeline and stopped selling gas through its electronic platform, where customers could accept additional volumes beyond those booked in long-term contracts.

Since September, Gazprom has refused to book additional capacity on Ukraine’s gas transmission system, reducing pumping by 12 percent, and since October it has again turned off the tap on the Yamal-Europe pipeline, cutting supplies three times.

(Featured image by nicolagiordano via Pixabay)

First published in msn, a third-party contributor translated and adapted the article from the original. In case of discrepancy, the original will prevail.