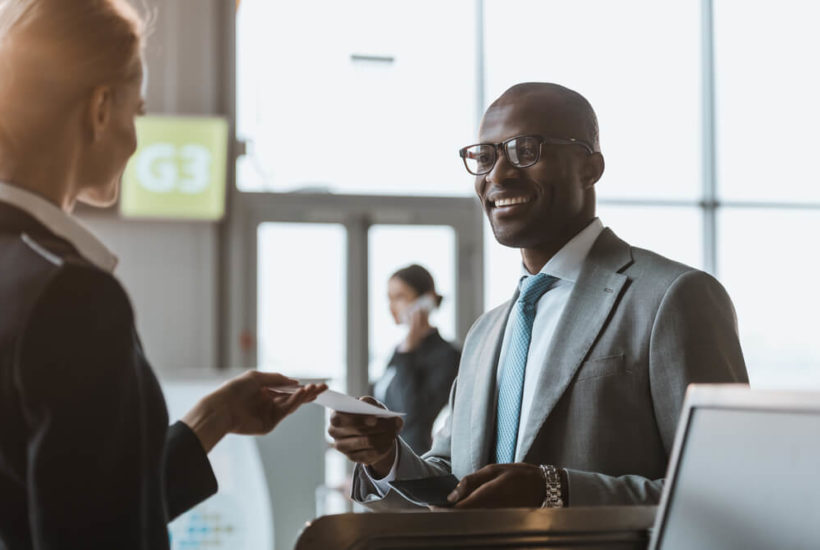 When it comes to respect, sometimes little things make a big difference for travelers. For Don Brauninger, it’s travel industry employees who replace the words “you’re welcome” with “no problem”.

Brauninger, a manager for an emergency services company in Haymarket, Virginia, has heard it from airline agents, hotel clerks, and car rental employees.

“No problem” — as if his patronage and his presence might be a hardship.

It also raises a question or two about modern-day travel: Has respect between the travel industry and the people it serves deteriorated to such a point that we, the customers, are a problem? And if so, what can we do about it?

Respect is a hot topic in travel again. First Uber and then Frontier Airlines started soliciting tips from passengers. A tip is a gesture of respect – an acknowledgment that the customer is happy with the service.

More: Travel tipping guide: Who gets what?

But for travel experts, soliciting a tip is a mile marker in the race to the bottom. Airlines and other travel companies have cut services to such an extent that customers no longer feel respected. They say it’s insulting for companies to ask for a gratuity when they’ve reduced service to the point where it’s almost unrecognizable from a few years ago.

“Will I be courteous?” asked etiquette expert Lisa Grotts. “You bet. Will I say please and thank you? Always. Will I be tipping? No.”

In other words, we do have a problem.

Do travel companies respect us?

Travelers accuse travel companies of starting this tailspin and say they no longer respect their customers.

“Airlines have continued to create new reasons to charge fees and they have begun charging for what was once free,” says Kryss Shane, a frequent traveler, and social worker. “It feels like a racket and the flyer is getting taken advantage of.”

Shane sees the effects whenever she travels. It’s the tense moments when passengers take their frustrations out on flight attendants. Crew members have to deal with the backlash, even though they aren’t directly responsible for reductions in service.

It isn’t just the cuts, but also the constant upselling that bothers travelers and underscores the lack of respect.

It’s all the extra charges on the plane – a fee for a carry-on bag, a fee for a seat assignment, a fee for early boarding. But it’s also the prices at hotels: the $7 bottle of water and the mandatory $25-a-night “resort” fee.

“When a consumer feels nickel and dimed, when the travel experience takes a back seat to profit, then respect suffers,” says Ted Scofield, an attorney and author based in New York who travels frequently. “When you are measured and promoted and possibly compensated based on your ability to drive profits, customers become cash machines.”

Maybe we’re the ones who have lost respect

Talk to folks on the other side of the counter, and it’s clear there’s another perspective. 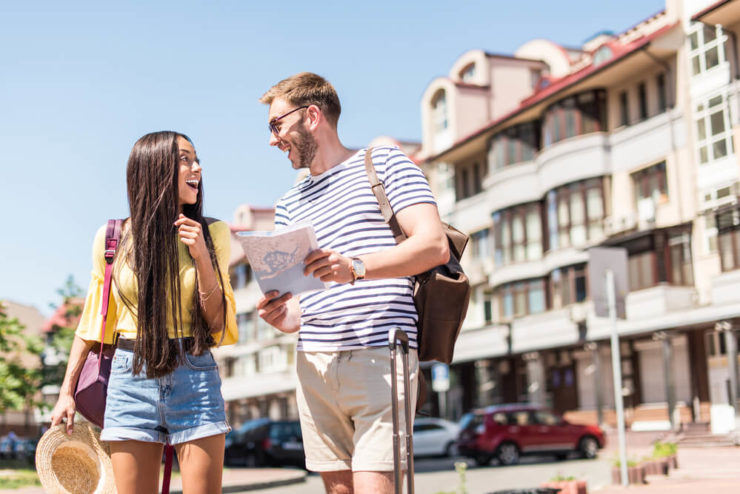 Travel companies should focus on maximizing the customer’s travel experience. (Photo by DepositPhotos)

“The lack of respect that I have seen is firmly with the customer,” says Patricia Hajifotiou, who owns Olive Odysseys, which offers tours of European destinations. “People are harried, out of time and so much more often feel entitled. And that adds up to a real lack of respect towards the person on the other side of the desk.”

Hajifotiou says a little patience and politeness would easily restore the lost respect. “Say ‘hello’ or wish them a good morning and then ask in a calm voice, clearly what it is you need. You will find so many better outcomes for yourself,” she says.

It’s clear that asking for a tip won’t bring back the respect between flight attendants, hotel workers, and car rental companies and their customers. Nor, probably, will platitudes from experts.

SEE ALSO  The Italian Fintech Company Sibill Closes a €500,000 Round

“Respect breeds respect,” explains Beverly Randolph, founder of the Protocol School of Indianapolis. “Companies must foster a culture of respecting one another from the top down. In respectful workplaces, employees are more engaged and productive; they’ll also be less stressed and genuinely happier – translating into happier travelers”

Shamila Nduriri, a frequent traveler who founded Dalasini, an African jewelry company, agrees. For her, it comes down to observing the Golden Rule. “Do unto others as you would have them do unto you,” she says. “Unfortunately, until people view others as equals, and act accordingly, this will be extremely difficult to achieve. Nevertheless, it starts with you and a hope that your good attitude will be contagious and others pay it forward.”

Then again, maybe we’ll know that we respect each other when people like Brauninger stop hearing “no problem” when they’re at the ticket counter – and get a “you’re welcome” instead.

How to tell if a travel company respects its customers

How do customers rate them? Check the American Customer Satisfaction Index for a list of top-rated companies. Last year’s top performing airlines were Southwest, Alaska, and JetBlue.

How do employees rate the company? Happy employees offer respectful service. A Glassdoor ranking of employees found that Southwest was the top travel company, followed by Delta Air Lines and Kimpton Hotels & Restaurants.

How does the government rate them? The Department of Transportation publishes monthly report cards for airlines. The annual Airline Quality Rating summarizes the data into a ranking. Last year’s winners: Alaska, Delta, and JetBlue.