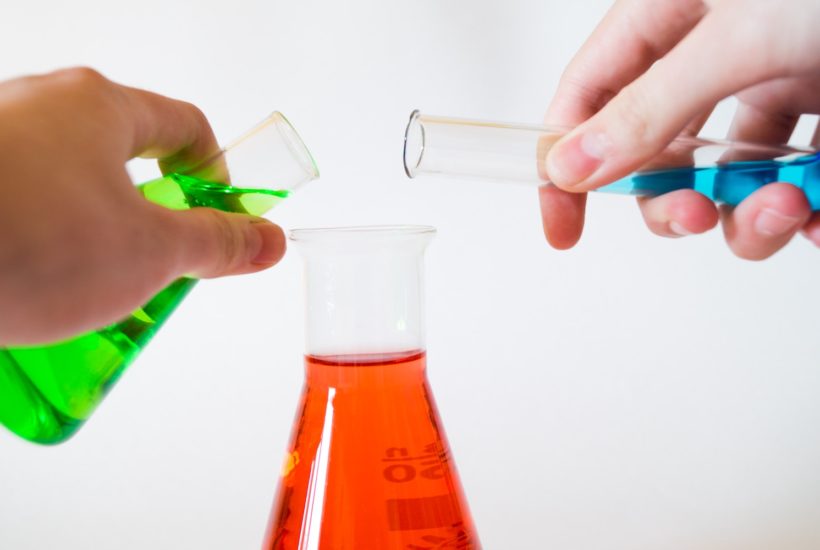 Lonza grew again in 2019 thanks to its activities as a pharmaceutical supplier. By contrast, some areas of the chemical products business showed signs of resin formation. The Basel-based company intends to present a new CEO before the end of this year.

Lonza also reported figures adjusted for provisions and restructuring costs. The so-called “core EBITDA” increased by 7.2% to $1.67 billion (CHF1.62 billion) with a margin of 27.4%. This is 0.1% more than in the previous year.

The bottom line was a net profit of $788 million (CHF763 million), an increase of 16%. The Board of Directors proposes the payment of an unchanged dividend of $2.84 (CHF2.75) per share. These figures more or less met analysts’ forecasts.

Find science, technology, and biotech news at your fingertips! Get to know what is new in biotech research, business, and more with Born2Invest. Our companion app includes news updates of business headlines from Africa, to investing, and cannabis.

The highlight at Lonza is, and remains, the Pharma Biotech & Nutrition (LPBN) segment, which supplies pharmaceutical companies with active ingredients for drugs, among others. The sales climbed by 11% to $4.3 billion (CHF4.17 billion) and core EBITDA by 10% to $1.41 billion (CHF1.37 billion). Only the capsules and food ingredients business, part of the LPBN division, fell short of expectations, Lonza added.

According to Lonza, the Specialty Ingredients segment, which produces disinfectants and wood preservatives, among other things, continued to face “adverse” conditions. Particular mention was made of lower demand from the automotive industry and agriculture.

Last summer, Lonza announced the spin-off of its chemicals business. According to the company, the move should be completed by mid-2020. According to the plans, LSI will be spun off but will remain owned by Lonza.

The search for a new boss for Lonza is still ongoing. The process should be successfully completed during 2020 with the announcement of a new CEO, the company stated on Tuesday, January 21st.

In mid-November, Lonza’s CEO Marc Funk surprised everyone by announcing that he would be stepping down after only eight months in office. According to the company, the resignation was “for personal reasons”. Funk’s predecessor Richard Ridinger had previously headed the Basel-based company for seven years. Currently, Chairman of the Board Albert Baehny holds the position of CEO on an interim basis.

On Tuesday, January 21st, the shares of the Basel-based pharmaceutical supplier Lonza stood out from a weak overall market with rising prices. The 2019 annual figures, published in the morning, were almost exactly in line with analysts’ expectations. Only the dividend could have been a little higher, according to experts.

On the morning of January 21st, Lonza’s names are listed on the Swiss Stock Exchange 3.67% higher at $396 (CHF380.90). The overall market (SMI), however, is slightly lower. All in all, the analysts’ verdict is that the 2019 business results have met expectations. Nevertheless, the analysts at Baader Helvea have awarded it the rating “outstanding”. And Falko Friedrichs of Deutsche Bank pointed out that the second half of 2019 showed the first signs of recovery.

Peter Welford of Jefferies sums up that the strong pharmaceutical-biotech business compensated for the weaker chemicals business. This was also expected, according to Credit Suisse.

As usual, Lonza has issued rather conservative guidance for the current year, contrary to analysts’ assessments. The company has “only” set itself the goal of keeping the operating profit margin stable, which is considered disappointing for ZKB. That could lead to a reduction in earnings estimates in the range of 1% to 2%, Welford thinks. The colleagues at JP Morgen even expect a reduction of 2% to 3% in the consensus estimates. This does not worry Welford any further, however, as this was expected by many market participants, added Friedrichs of Deutsche Bank.

First published in finanzen.ch, a third-party contributor translated and adapted the article from the original. In case of discrepancy, the original will prevail.