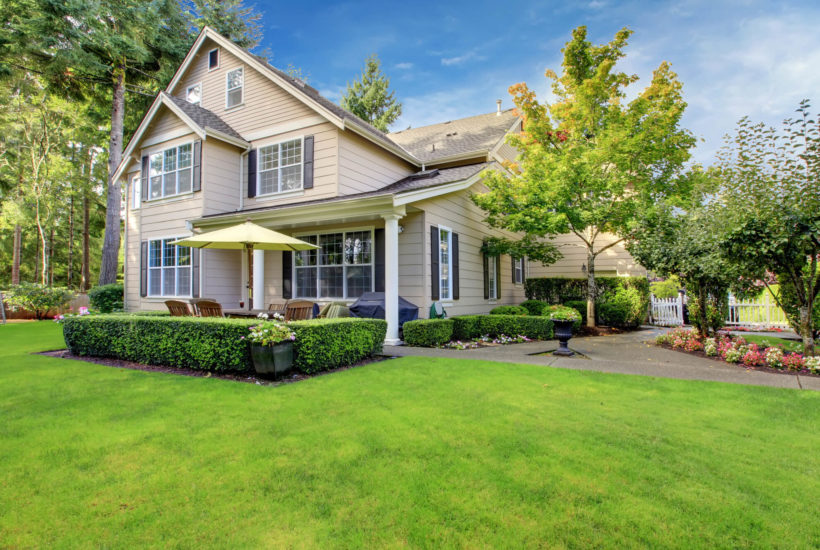 My house is in a bit of disarray. We’re spring cleaning, but it’s more than that. We’ve decided to move, so going through clutter takes on new meaning.

We don’t need to move, but as I wrote a few weeks ago, we’re looking to the future and trying to determine how best to position ourselves. Two hundred feet from open water in one of the more expensive homes in the neighborhood looks less attractive when I consider rising taxes and higher flood insurance. As many of you commented, it might be time.

But now I’m a bit anxious. Other high-end homes in my neighborhood aren’t moving. After making a tentative decision to sell, I have that nagging worry that I won’t be able to get the price I want.

The National Association of Realtors recently reported that existing home sales dropped 4.9 percent in March, following an 11 percent gain in February. Combining the two gives a monthly average gain of about three percent, but that’s misleading. Over the past year, existing home sales are down 5.4 percent.

New home sales are moving the opposite direction, up 4.5 percent in March to a 16-month high, and up three percent over March of last year. Still, the details give a more precise picture of what’s going on. The median new home sales price fell 9.7 percent. It’s possible that home builders were discounting their inventory to get it out the door, but it’s more likely that they’re building what’s selling, which are moderately-priced homes.

In March, The Wall Street Journal ran a big story on the problem homeowners are having as they try to sell McMansions. Boomers built them in the early 2000s, and now they can’t find buyers as they try to downsize. Or at least, they can’t find someone willing to pay their price. It’s not a new story. The Chicago Tribune ran a similar article in 2016, and Harry has been talking about this issue for years.

The situation will get worse before it gets better…

And it’s all about demographics.

There aren’t enough Gen-X’ers like me to replace the buying power of the Boomers, so in some areas we have to skip a generation, going straight to the Millennials. This creates a disconnect when it comes to large assets like homes.

Boomers are starting to unload their trade-up homes, the big houses they bought in their 40s both to show that they had “arrived” and to get their teenage kids farther away from them within the house. But without enough rising Gen-X’ers, those born from 1964 to 1980, to buy them, they’re stuck trying to push the big houses on Millennials. That’s a tough sell because the younger generation is trying to buy its first home. Most first-time home buyers don’t jump into the game with a 5,000-square foot, $900,000 mini-resort.

But as the saying goes, all real estate is local. In San Francisco, the median home sells for more than $1 million. Of course, their teachers and city workers must commute for two hours because they can’t afford to live in town.

This leads to a bifurcated real estate market, where the high-priced stratum moves at a snail’s pace because of a lack of potential buyers, while the modest end of the market turns over rapidly.

The question is, where are you on the spectrum?

Is your home at the high end and likely to take a while to move, or do you live in a home that will attract Millennials looking to buy their first home? Knowing where you stand can help you determine your options down the road.

SEE ALSO  How to combat buyer's remorse in real estate

Our home has unique features like water views, so we should be able to squeeze out some gains, but I’m sure every homeowner thinks that. We’re Americans, after all. Everyone is special and all of our children are above average. But the test will be when we put the home on the market. At that point, what we think won’t matter.

As for the next home, I’m thinking golf course… and a bit lower-priced. I want to make sure my home will stand out the next time I choose to sell, but I also want it to be as attractive as possible to the next wave of buyers. If I’m selling to Millennials wanting to trade up in 10 years, I should be able to attract buyers who like Tiger Woods. Here’s hoping he continues his winning ways.