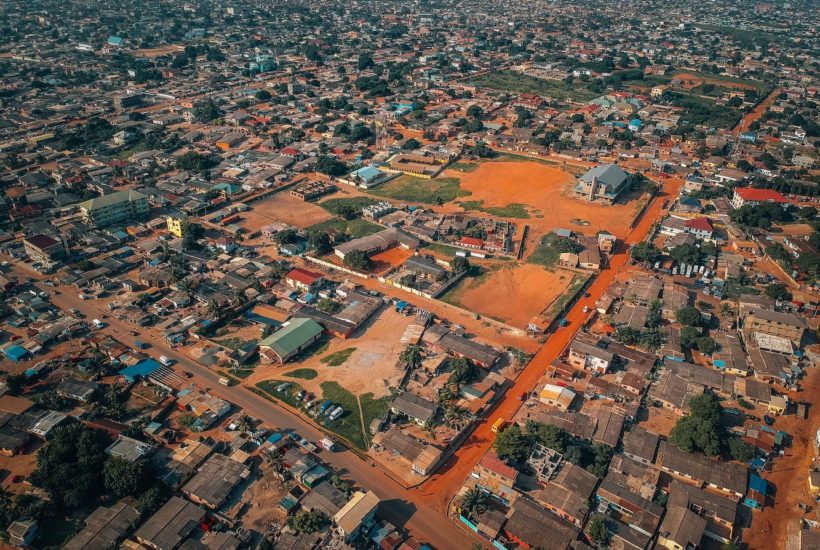 Popularised from the 1970s onwards by the Bangladeshi Muhammad Yunus, microfinance quickly established itself as one of the best instruments in the fight against poverty and financial exclusion. The success of the Grameen Bank, which won a Nobel Prize in 2006, has served as a model for the creation of new financial systems targeting the most disadvantaged in many developing countries.

However, recent findings on inequality reduction and poverty trends raise questions about the real impact of microcredit solutions, the flagship product of microfinance, in the least developed countries. Concerns that resonate particularly in West Africa, where these initiatives have multiplied during the 2000s.

The latest business and financial news, breaking personal finance, insight, and analysis into Africa and global markets with our companion mobile app, Born2Invest.

In recent years, microfinance (and more specifically microcredit) has made significant inroads in Africa, particularly in West Africa. The latest available data on the sector confirms this upward trend. According to the Central Bank of West African States (BCEAO), the utilization rate of microfinance services (which measures the number of people holding deposit or credit accounts in microfinance institutions as a proportion of the adult population) in the WAEMU rose to 21% in 2018 against 19.4% in 2017.

The Bank’s latest report on the state of microfinance in the WAEMU as of September 30th, 2019 showed that “15.2 million people benefited from financial services provided by microfinance institutions during the period under review, through 4,869 service points spread across the member states of the Union.”

The outstanding amount of microcredits has also improved. The BCEAO estimated that the outstanding loans granted by microfinance institutions, at the end of September 2019, increased by 12% year-on-year. This situation is due to the good performances of Mali (+17.1%), Burkina Faso (+13.5%) and Senegal (+13.3%), in particular.

In both the public and private sectors, the West African region has recorded numerous initiatives to improve the performance of countries in terms of microfinance. These are sometimes funded by governments, or foreign donors, and target particular categories of entrepreneurs.

On February 24th, Kafo Jiginew, one of Mali’s leading microfinance institutions, received funding of $11.03 million (CFAF 6.5 billion) from the European Investment Bank (EIB) to grant some 60,000 microcredits to small farmers, as well as financing for nearly 15,000 people. Last year, the EIB announced $13 million to finance two microfinance institutions operating in Senegal and Burkina Faso. In Nigeria, the Federal Government has launched three different microfinance programs since 2016 under its Government Enterprise and Empowerment Program (GEEP).

These are the FarmerMoni program (which offers loans to farmers), the MarketMoni project (which targets market associations, women’s cooperatives, artisan groups, trade associations, and cooperatives), and the TraderMoni project, which offers unsecured loans to small traders and artisans, including food vendors, hairdressers, tailors, carpenters, tricycle drivers, and second-hand clothing vendors.

SEE ALSO  4 investment strategies that are better than real estate

Despite all these initiatives aimed at providing income to the poor in order to lift them out of precariousness, it must be noted that the poverty and inequality curve in West Africa is far from having been reversed.

According to the NGO Oxfam, West Africa is home to the largest number of countries where 30% of the population lives on less than $1,90 a day. This situation makes it the most unequal region of the African continent. Indeed, the institution estimated that the richest 1% of West Africans earn more than the rest of the region’s population combined.

In countries with large populations such as Nigeria or Ghana, this situation is even more acute. In the continent’s most populous country and leading economic power (Nigeria), the cumulative wealth of the five richest people amounts to $29.9 billion, more than the entire budget of the country in 2017, said Oxfam. That, while 60% of Nigeria’s population lives on less than $1,25 a day, the absolute threshold of extreme poverty.

“In Ghana, one of the richest men in the country earns more in one month than one of the poorest women in the country could earn in 1,000 years. Between 2006 and 2016, the distribution of wealth generated 1,000 new millionaires (in dollars) while nearly a million more people fell into poverty,” said the NGO.

These situations effectively exclude a large part of the West African population from access to essential services for their full development in society, even though ECOWAS countries are among those with the highest growth rates in the world. In the light of these statistics, it is clear that microfinance has failed to improve the living standards of the West African population.

Why did microfinance fail to eradicate poverty in West Africa

For many experts, the difficulty of microfinance in reducing poverty is mainly due to its inadequate design to meet such a challenge.

First of all, the amounts granted in the framework of microcredits are generally too small to invest in real income-generating and job-creating projects. According to the latest BCEAO report on the state of microfinance in the WAEMU, the average outstanding loans per beneficiary in the region was only $148 (FCFA 87,236) at the end of September 2018, before rising to $166 (FCFA 97,774) at the end of September 2019. In addition, numerous studies have shown that the interest rates charged by microfinance institutions can curb the desire of the poorest to use them, especially since they already obtain loans through informal means.

SEE ALSO  The No. 1 thing brokers can give borrowers who don’t qualify for a mortgage

The second problem concerns the measures put in place to improve access to credit for the poorest, by reducing the risks of non-repayment. One of the innovations of microcredit was to offer, in return for loans, the pledge of the borrowers’ social capital (reputation) in place of the physical capital (assets) of which the poorest are most often deprived. For this, several techniques such as the principle of joint responsibility (which binds individuals who have benefited from a group loan, in the event of non-repayment by one of them), dynamic incentives (increase and extension of credit in the event of repayment), or the use of frequent repayments are used. Unfortunately, the counterpart of these tools has been the reduction of the impact that microcredits could have.

Indeed, in order to avoid personal bankruptcy, loan beneficiaries prefer to use their funds for low-risk, and therefore less profitable, activities and investments. This situation is particularly visible in the case of dynamic incentives, which do not enjoy the advantages of group insurance or group control that exist in the case of group lending.

First published in Ecodafrik, a third-party contributor translated and adapted the article from the original. In case of discrepancy, the original will prevail.