With the birth of the first stamp in 1840 came the hobby of stamp collecting, known today as philately. People around the world started being interested in this miniature pieces of art, mainly because of their beautiful design (usually featuring royal members, animals or presidents at that time), and later on because of their increasing value as collectible items.

There is even a case in 1841 where one woman placed an advertisement in the London Times newspaper requesting help to gather Penny Black stamps (the first ever created stamps) sо she can cover her bedroom wall with this beautiful postage emblem.

The issuance of special commemorative stamps in 1893 contributed to the popularity of this hobby. The first stamp of this kind in the US was the one commemorating Christopher Columbus’ discovery of the New World, and it is a copy of the ”Landing of Columbus,” a piece by the famous neoclassicist painter John Vanderlyn.

Since those times, stamps have become an object of many changes, and have been coiled, perforated and issued in many different designs, colors, formats, and shapes.

Postal offices around the world are making efforts to bring stamps and generally the hobby of stamp collecting closer to the younger generations of email senders. With cool and creative ideas of new designs and materials, it seems that this strategy works well since there are reported 5 million active philatelists today — and that’s only in the US.

Let’s take a look at some of the most contemporary stamp designs that are aimed to draw the attention of a younger audience:

This series of stamps is inspired by the popular Pixar movies, and were released in 2011 by USPS.  With a circulation of 40 million copies, they were intended to celebrate the 25th anniversary of the company and had a face value of 44 cents. 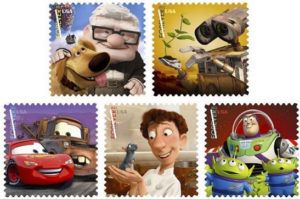 Issued in 2015, this awesome series features 12 stamps dedicated to the Star Wars franchise. The UK Royal Mail had an idea to make the Star Wars fans more interested in philately by bringing some of their favorite character on the face of the envelopes such as Yoda, Obi-Wan Kenobi, Princess Leia, and Han Solo, among others. 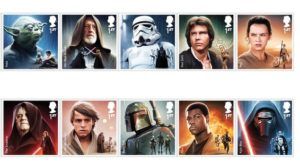 With a print quantity of 250 million stamps this series is one of the most popular in the history of the USPS. Issued in 2007 and with a face value of 39 cents, it featured some of the most popular Marvel comic book heroes such as Spiderman, The Incredible Hulk, Captain America, Iron Man, Wolverine, etc. 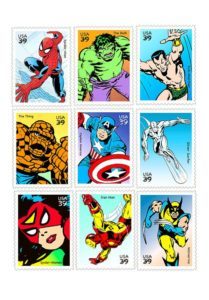 These wonderful stamps were issued in 2015 by the Royal Mail and were an instant hit because of their beautiful design and appealing theme. The purpose was to commemorate the 150th anniversary of the publication of the classic children’s novel, Alice’s Adventures in Wonderland by Lewis Carroll. The artist behind these pretty drawings is Grahame Baker-Smith. 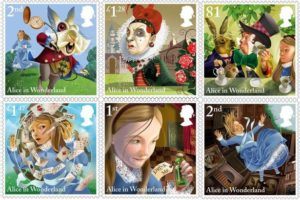 The Harry Potter Stamps were issued in 2013 with a special unveiling ceremony at the Wizarding World of Harry Potter at Universal Orlando Resort. There were produced 5 million booklets of 20 First-Class Forever stamps featuring the most beloved characters from J.K Rowling’s book. 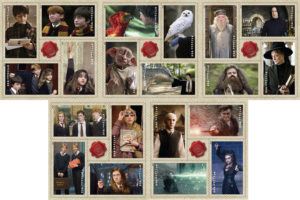