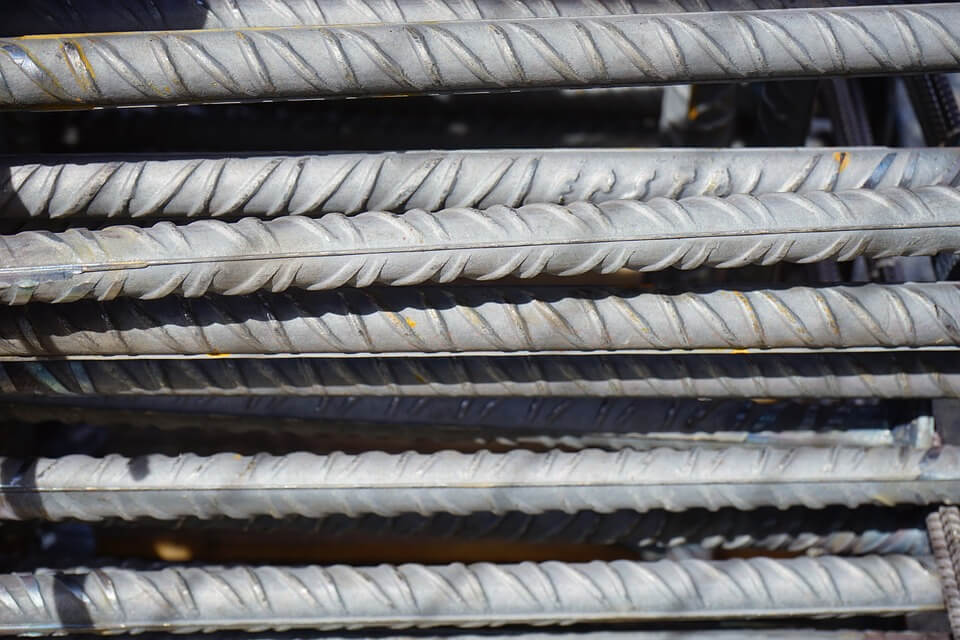 For a long time, carbon steel has been the standard metal used for reinforcing bars or rebars, largely because of their cost-effectiveness. However, its susceptibility to rusting has made it prone to corrosion reaction, especially if the metal has not been covered with enough concrete. 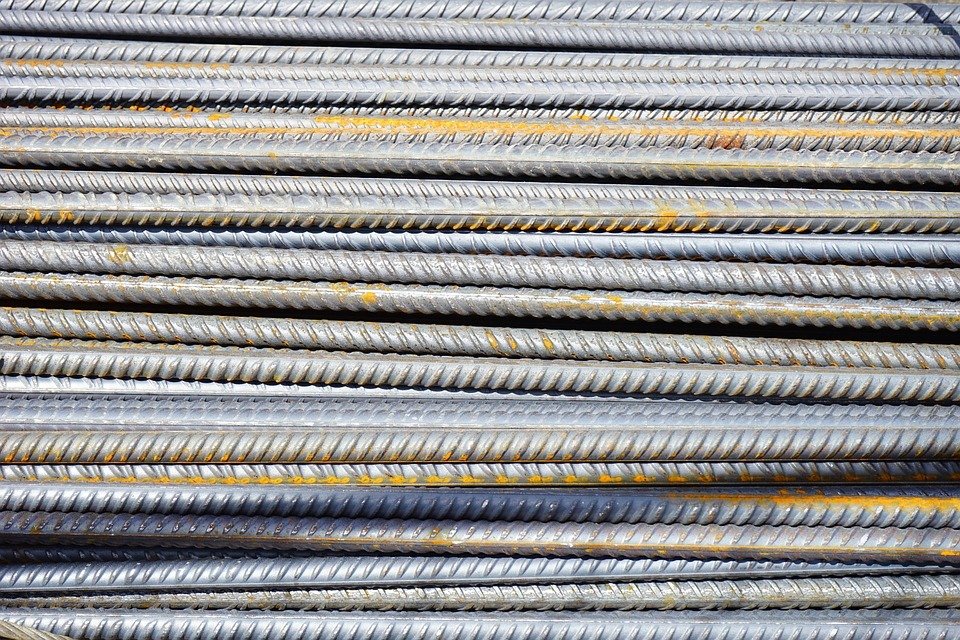 Steel is prone to rusting, making it easier to have reactions to corrosion. (Source)

Normally, the concrete cover is able to provide a pH value higher than 12, hence avoiding corrosion. Too little concrete can compromise this guard through the process of carbonation, which lowers the alkalinity of the concrete and exposes the steel to chloride ions that corrode the material. Too much concrete cover, on the other hand, causes bigger crack widths that also compromise the local guard. Rust, therefore, takes up greater volume than the carbon steel, causing severe internal pressure from the surrounding concrete and leading to cracking and eventual structural failure.

Although carbonation is a common phenomenon among structures exposed to saltwater, it poses a serious safety risk, especially for infrastructures that are being used by the public. For instance, a pier built in 1970 at Progreso, Mexico failed because the marine environment made the carbon steel rebar corrode. Another car park in Canada had structural failure, as de-icing salts carried into the car park on vehicle tires contributed to the collapse of its floor. In the United Kingdom, it is estimated that 25 percent of multi-storey car parks are badly affected by corrosion.

The choice to go stainless

What really makes stainless steel rebars highly resistant to corrosion is nickel—a silvery white metal that is considered an important component of stainless steel. Around 80 percent of the world’s nickel supply is used in alloys like stainless steel and superalloys, as the metal boosts not only their corrosion resistance but also their ability to withstand harsh temperatures. Russian miner Norilsk Nickel is the leading nickel producer in the world, thanks to Russia’s rich mining resources. Another Russian nickel miner to watch out for is Amur Minerals Corporation (AIM: AMC), which recently secured its mining license application for its flagship Kun-Manie project located in Russia’s Amur region.

Possible applications of these stainless steel rebars include marine structures like bridge decks, sidewalks, parapets, retaining walls, ramps, pilings, barriers, parking garages, sea walls, piers, jetties, retaining walls, anchoring systems, columns, and moorings. However, their uses are not limited only to harsh marine environments as they may also be considered for infrastructure of chemical and other process plants where corrosion resistance may be important.

Even though it has a higher upfront cost than carbon steel, the price is often justified when compared to initial costs, lifetime maintenance, replacement, and operating costs of carbon steel rebars. Furthermore, the use of stainless steel rebar is predicted to extend the useful life of the structure to 75 to 100 years, saving on repairs and early replacement. Experience has shown that the total bridge project costs only increased by three percent at most when stainless steel rebar is used, depending on the size and complexity of the bridge design.

The use of nickel-containing stainless steel rebar is expected to continue to increase as governments demand much lower infrastructure maintenance costs, fewer disruptions, and longer life spans. Other stainless steel components like rebar couplers, tie wire, dowels, and welded wire mesh can be used in order to complete the corrosion resistant system.