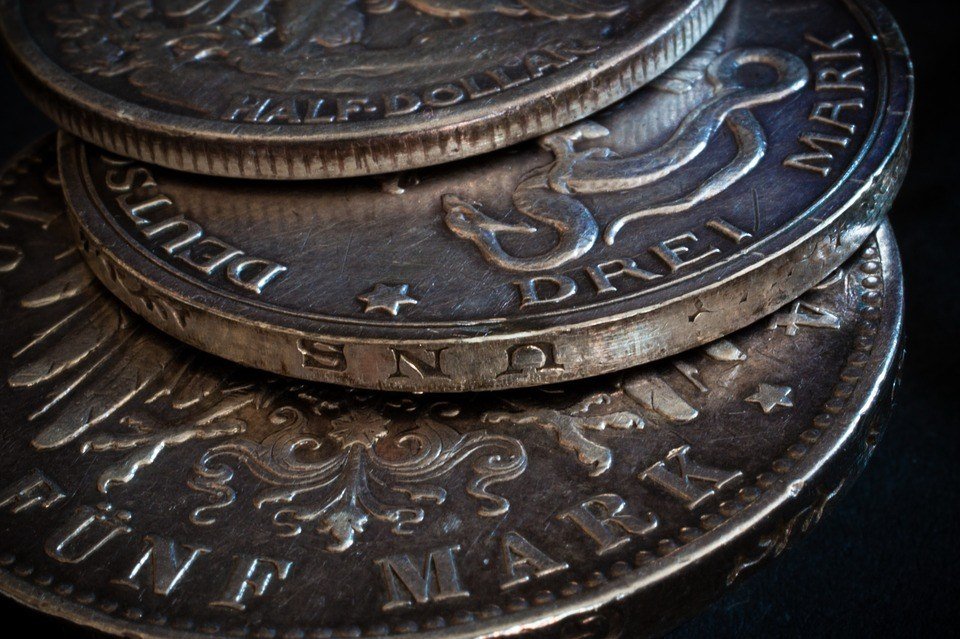 A coin is a flat piece of metal issued by governmental authority as money or a form of pay, as defined by Merriam Webster. Usually being made from precious metals and with some beautiful designs, coins have always been prized and collected.

The history of coins is very long and fascinating, extending from ancient times up until the modern days.

Let’s have a look at some of the most impressive old coins from around the world:

‘The Lydian Lion’ coin is believed to be by many experts the world’s oldest coin. It originates from Sardis, Lydia (what is now known as the territory of Turkey), and was issued around 600 BC by King Alyattes.

It’s made from ‘electrum’ or what we call ‘white gold’ today, which is an alloy from gold and silver particles. It weighs around 5 grams. The design of this coin is quite magnificent, even taking into consideration its age: a roaring lion represented in a captivating archaic style.

It’s no wonder why the Lydians were the first civilization who started using coins. They have been the first merchants strategically located between many trading routes, so their king wanted to have control over the transactions. He declared the ”lion” the only viable currency that could be used. Another fact is that the river Paktolos that passed through the cities of the Lydian people was rich in ‘electrium’—the material of which the coins have been made. 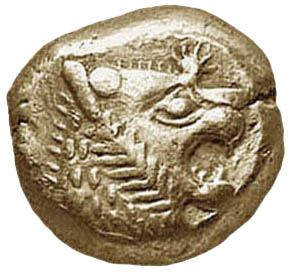 The Lydian Lion is said to be first official issued coin. (Source)

The Athenian tetradrachm (or owl) were introduced around 478 BC and continued being in use for half a millennium in Ancient Greece.

One side of these coins were featuring the face of Athena—the patron goddess of Athens, and an owl on the back, symbol of wisdom and Athena’s mascot. According to the Greek mythology, Athena sometimes takes the form of her owl.

These kind of coins were usually made from silver after the discovery of new silver deposits near Athens. 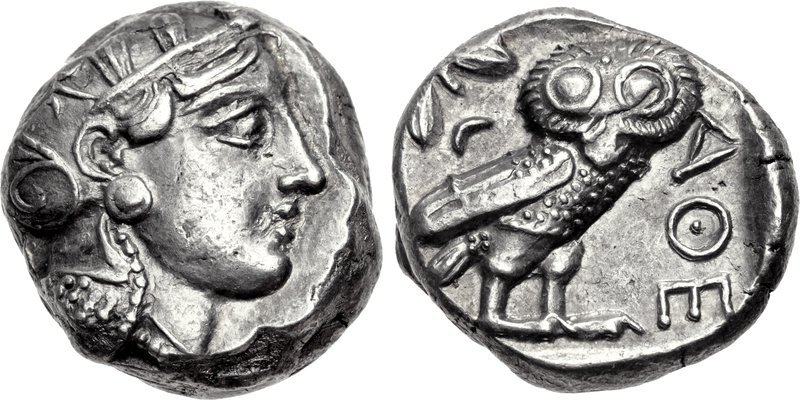 The Athenian Owl is the first Greek coin. (Source)

The Coin Reform of 211 BC made the Denarius the main and most important silver coin used as an official denomination in the Roman Republic. The coin was made from silver and weighs around 4.5 grams.

It is not clear how much was the original value, but some historians speculate that it was probably around a three-day pay of a soldier. These coins have different designs on both sides, such as Roman quadrigas or portraits of prominent people at that time.

Karshapana of the Satavahana Empire controlled the central part of India. The ruling dynasty  Satakarni issued this coin somewhere around 30 AD and 107 AD.

The front features an elephant—an important animal from the Indian tradition and culture—and the back of the coin contains the Satavahana (or the Ujjain) symbol. The coin is made from ‘potin’, a combination of lead alloy and copper.

The Satavahana Empire, despite using the official elephant coin for internal trade, used it also in foreign transactions especially with the Roman Empire. 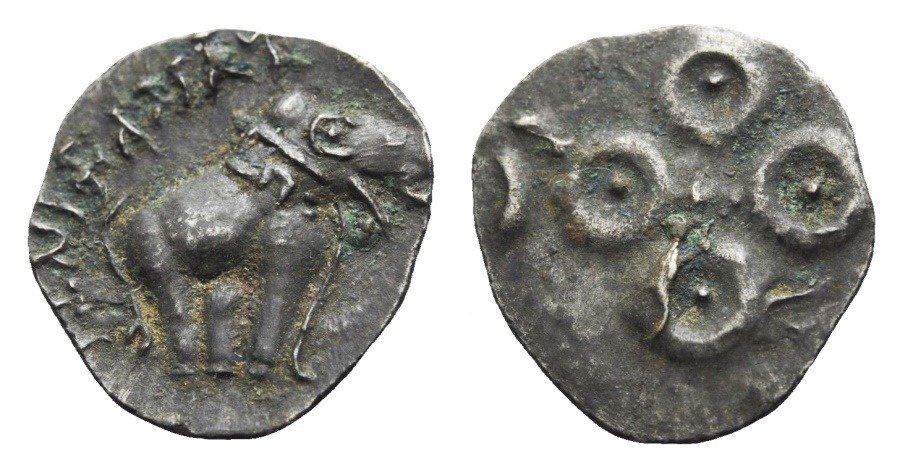 The elephant coin was the first coin from the Satakarni Dynasty in India. (Source)