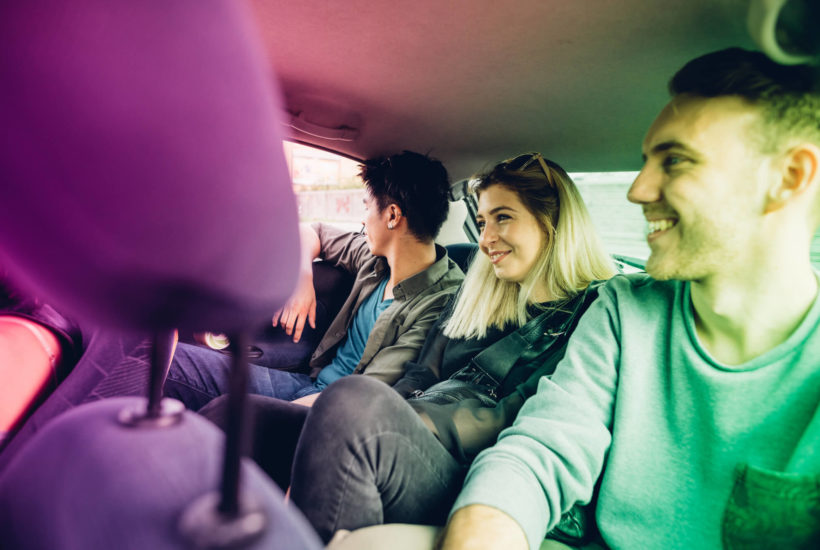 A new law that regulates peer-to-peer car sharing companies may quietly kill an emerging business in Maine. But the repercussions could be felt across the country.

If it did, it would represent an important victory for the car rental industry, which says it’s trying to create a level playing field to compete with companies such as Getaround and Turo.

“Because these are fundamentally different business models, this legislation in no way can bring any parity,” says Michelle Peacock, Turo’s vice president of government relations. “If the governor signs, we will have to consider ceasing operations in Maine.”

A representative for Gov. Janet Mills did not respond to a request for comment on the status of the Peer-to-peer Car Sharing Insurance Act or whether she might sign it.

A representative for the American Car Rental Association (ACRA), the trade association for the car rental industry, said the law is “good for consumers” because it strengthens insurance requirements.

“Consumers are not well served if they get into an accident in a peer-to-peer vehicle, and then discover there is an insurance gap that does not provide sufficient coverage for the driver, occupants, or third parties,” said Sharky Laguana, an ACRA spokesman.

Companies like Turo offer a platform that allows car owners to make their vehicles available to renters for a short period. Think of it as Airbnb for cars.

Peer-to-peer car sharing services see themselves as nothing more than electronic facilitators that give travelers more choices and allow car owners to take an idle, depreciating asset and earn money.

“If you are renting a car for profit to a member of the public, you are a car rental company,” Greg Scott, the government relations representative for ACRA, told me recently. “If a peer-to-peer company is in the car rental business, then it must abide by the safety, insurance and tax laws that federal and state legislators and regulators have adopted to regulate car rental companies.”

“Existing rental car regulations don’t apply to Turo,” says Peacock. “However, we are more than happy to have a direct and forthright conversation with any legislative body about how to appropriately regulate peer-to-peer car sharing.”

In Maine’s case, however, there wasn’t much of a conversation, according to Peacock. She says car rental companies introduced the measure to drive peer-to-peer car sharing companies such as hers out of the state. Turo currently operates in 49 states. It can’t do business in New York because of insurance requirements that the company says it is addressing.

“We tried to share model legislation with [Maine’s] lawmakers,” she says. “But they Frankensteined a bill together, despite our protests. We now have legislation that is so onerous, we may have to leave Maine.”

Laguana says a standing committee on insurance and financial services chose to increase the maximum financial responsibility on peer-to-peer car sharing companies, noting that the operators “don’t have any assets to cover losses, so they should have to carry higher insurance,” he says. “This was not based on our input.”

Either way, the new law is too burdensome, say car sharing companies.

“This legislation goes way beyond what is required of the rental car industry because it was intended to stifle peer-to-peer car sharing,” says Peacock. What’s more, she adds, it tilts the playing field to the advantage of car rental companies.

“We can’t expose our company to that kind of liability,” she says.

Is there a better way to regulate peer-to-peer car sharing?

Is there a better way to regulate car sharing companies? Peacock says Colorado’s new car-sharing regulations, signed into law last month, are an example of a more cooperative process that allows the two industries to coexist.

Rep. Matt Gray, a Democrat from Broomfield, Colo., who sponsored the legislation, says the new law draws a line between a large car rental company and an individual, like a neighbor loaning a truck to another neighbor. Just before the bill’s passage, he told me that he wanted to “strike a balance” between the needs of the car rental industry and the emerging peer-to-peer car sharing companies.

“The Colorado bill clearly defines peer-to-peer car-sharing as unique and separate from the traditional car rental model,” says Steve Webb, a spokesman for Turo. “This was a massive bipartisan effort where Turo both worked with the Colorado legislature and insurance agency to create a fair and balanced law.”

I’ve spoken with many consumers about this long-running dispute. Some feel the car rental industry has a valid point, and that states should regulate peer-to-peer car sharing companies the same way they do car rental companies. Others believe car sharing isn’t the same as renting a car and that imposing the same rules on an emerging industry could squelch its development.

But all of them agree on one thing: Having fewer transportation options will hurt travelers.

It’s unclear if Turo will leave Maine if the Peer-to-peer Car Sharing Insurance Act becomes law. Turo, which says it has a “few hundred” hosts in Maine, is actively considering leaving if this proposed law is passed. The other car-sharing company, Getaround, does not operate in Maine and would not comment on the new law.

If Maine’s governor signs the new law, and if Turo pulls up stakes, it could be an important victory for the car rental business. And car rental companies could use it as a template for other states, slowly driving peer-to-peer car sharing out of lucrative markets—and potentially, eliminating another transportation option.