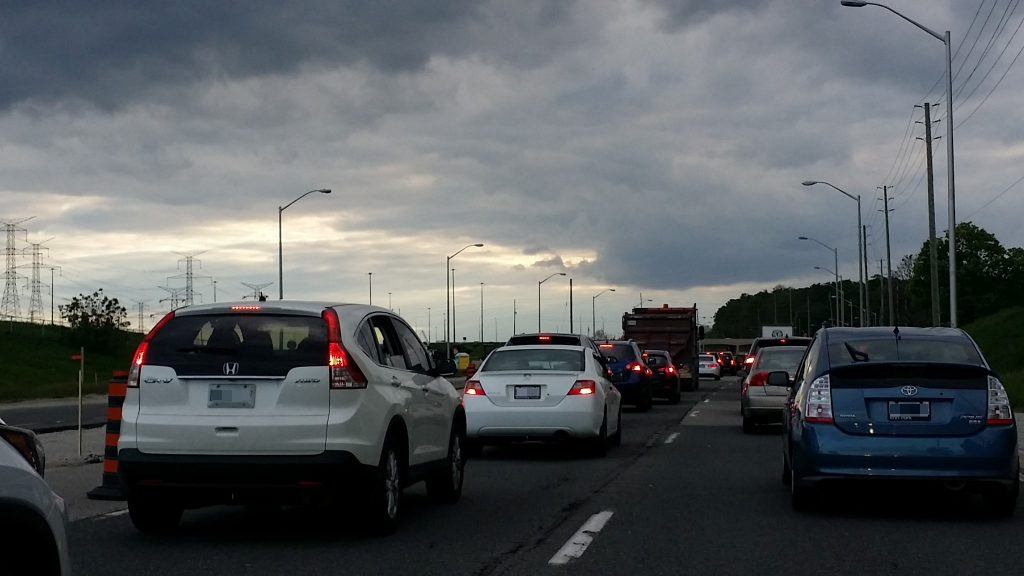 These days, Canada’s largest city is known for two things: Skyrocketing real estate prices and major downtown traffic congestion (3 if you include the absence of a championship caliber sports team).

Toronto does a great job earning its place among world capitals, but when it comes to transit and transportation, The Big Smoke does a third-rate job moving its residents for work and play.

Opposing forces in government are causing havoc in the city’s plan to update its transit needs. Toronto wants cash and trains to expand the service footprint which the province and Bombardier aren’t too willing or quick to deliver. The friction between the city and the province is causing more sparks than those old-timey streetcars that traversed Queen Street. Say it ain’t so, but it looks like Toronto is NOT the center of the Canadian universe.

‘Toronto’s Great Transportation Crisis’ is further flamed by the archaic taxi industry’s resistance to the ‘wave of the future’ rideshare platforms such as Uber and Lyft. Taxi drivers hate driving short distances and to the suburbs. Where’s the love (and progress) in that? Can’t we all just get along boys and girls?

A city like Toronto should embrace ride sharing, car sharing, bike sharing and another type of vehicular sharing that is next on the horizon. Speed, safety, efficiency and ease of operation for both the provider and user should be main considerations when framing rules and regulations at the municipal level. Regulations are important to protect people, but should not be used as a tool to control or throttle competition.

SEE ALSO  Which investments are safe havens during volatile markets

Toronto is making strides and self-serve high tech bike sharing stations are popping up all over the core in key commuter and tourist areas. Many name brand rental companies are shifting resources to car sharing and drop zones are even starting to appear in the suburbs. Imagine how much damage you could do at Costco if you had a Honda CRV at your disposal for a few hours? Once you buy ketchup by the gallon you will never go back.

The pure simplicity of the sharing economy can generate innovative solutions to complex infrastructure challenges. Platforms such as Uber deliver efficient and affordable transportation and could be easily regulated.

Sharing economy businesses are heavily invested in technology creating seamless and easy-to-use apps that make transactions easy for the customer. The need for technology has a trickle-down effect and enhances local economies by creating skilled employment and other work needs.

Let’s face it, resources are not getting any cheaper and are becoming less available. Big cities like Toronto which face challenges can embrace the sharing economy and use innovation and technology to keep things moving and in the right direction.