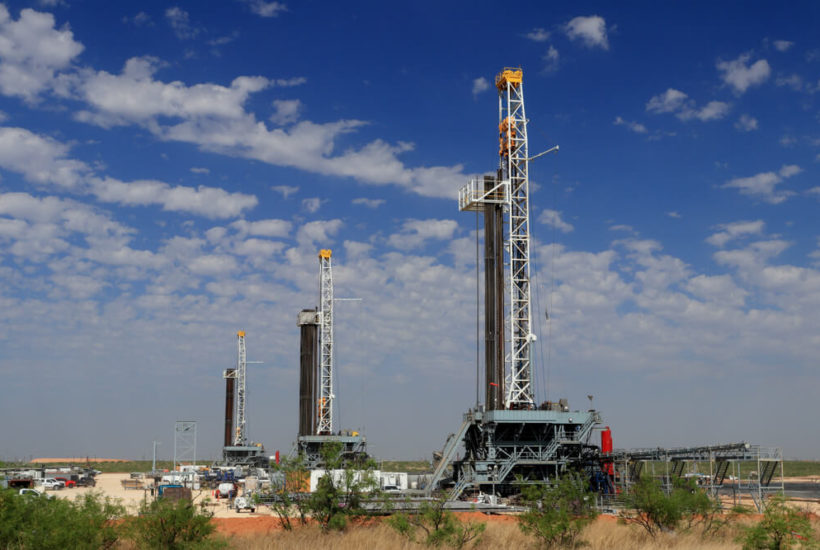 The biggest names in the United States oil industry have opened 2019 with their mightiest ambitions of conquering the Permian Basin which is currently becoming the source of power for the country’s oil economy. Both Exxon Mobil Corp and Chevron Corp, two of the biggest oil and gas companies in the world, have announced their plans to increase acreage in the Permian.

Meanwhile, Netherland’s Royal Dutch Shell Pc, the smallest of the three in terms of scale, has also been eyeing some possible deals to expand its position in the most abundant oil and natural gas geologic basins in the US.

On the other hand, these giants’ move into the region has been detrimental for the wildcatters, the smaller oil gas companies, and independent players who were the ones who pioneered small explorations in the Permian. Most recently, investors and shareholders were incessantly putting pressure on the smaller players to either sell the operations or merge with one another to fight the oil majors.

At this point, outsiders are having a pull-and-push. Would it really be healthy for the Permian Basin to welcome the oil majors or they are robbing an important resource from the original explorers of the West Texas Basin?

Amid this backdrop, however, the Permian Basin is bringing the US into a position where it could become the world’s largest oil exporter, even larger than the Middle East or any of the member of the Organization of the Petroleum Exporting Countries.

The boom of the Permian Basin

For numerous decades, the oil and natural gas resource which extends into an area of about 250 miles and 300 miles, was the least of the priorities of the major US oil and gas companies. This was because there was no technology that can support drilling into the 75,000 square miles of oil and gas deposit buried a hundred feet below the surface.

The basin is home to the thickest deposit of rocks aging from the Permian era, some 299 million to 251 million years ago. The basin had a maximum depth of 29,000 feet and contains sub-basins made of rich reservoirs of other elements such as limestone, sandstone and most importantly, the shale.

By 2012, wildcatters, with their humble technology, were able to find ways to make horizontal drilling and hydraulic fracturing possible. This led to a boom in the region that by 2018, the Permian was already producing about 843,000 barrels per day to 1,900,000 barrels per day. This has been the status annual status quo in the region with a growth rate registering 10.6 percent per year.

The boom of Merger & Acquisitions in the Permian Basin

In February 2019, both ExxonMobil and Chevron reported blockbuster fourth-quarter earnings respectively. The two companies acknowledged that their upstream and midstream initiatives in the Permian Basin were what drove the impressive financial achievements. Exxon Mobile reported its highest earnings since 2014 while Chevron achieved its all-time high at 3 million barrels of oil per day.

In the same month, Exxon also conducted the groundbreaking of the expansion of its Beaumont refinery. The site will be responsible for bringing an additional 250,000 bopd for the company.

Most recently, Exxon Mobil announced a partnership with Microsoft. The latter will develop cloud technology software and apparatus that will be used for the company’s Permian Basin operations. The deal represents the largest acreage position using cloud technology, the company said in a statement.

The technology under development is expected to bring in billions in net cash for Exxon in the next decades. Specifically, cloud technology is expected to enhance Exxon’s capital efficiency by improving Permian production growth to as much as 50,000 barrels per day by 2025.

Meanwhile, Chevron confirmed its plan of acquiring a stake in the Pasadena Refining System which is owned by Petrobas America Inc. With the acquisition, Chevron can produce an added 100,000 bopd. The purchase is only part of the company’s plan to boost its Permian production to 650,000 bopd per day by 2022. It has allotted a total of $3.6 billion for its Permian projects alone.

Not to be outdone, the smallest of the three companies, Royal Dutch Shell, have been mentioning about its willingness to enter into a multibillion-dollar acquisition for a company that can provide it with an increased position in the Permian. The most likely candidate is independent producer Endeavor Energy Resources but none of the parties have confirmed the reports.

Shell is currently producing 145,000 bopd from its Permian operations but is also racing with the gas giants and hope to produce an additional 30 percent by the end of this year.

Ironically, the first to develop the needed technology for hydraulic fracturing and hydraulic drilling in the Permian was what generally known as “wildcatters.” They are a group of individuals independent of any big company who drill wildcat wells or wells which are not known as a rich source of oil.

In time, these individuals started working as independent contractors until eventually, they manage to grow into small companies. Through them, the US has become independent from the Middle East for its petroleum needs.

Now that oil major players were able to replicate their technology, these wildcatters struggle with their businesses or are being compelled to agree to a buyout. Of most pressing concern is that investors could no longer allocate money to sustain different individual company productions. To date, investors are bleeding in a total of $200 billion a year to sustain different small operations. It would be less costly to maintain fewer but much compact operations.

For example, the Kimmerige Energy Management Co is overseeing a total of 112 operators in the Permian Basin. This means that there are more parties operating similar assets while they could just be combined into one to utilize one asset. Ben Dell, the founder of Kimmeride Energy, said that 20 operators from these 112, or any other valued under $3 billion, should just think about pursuing mergers.

Still, there are those who believe that they could beat the big oil and gas companies in the Permian Basin, according to Allen Gilmer, founder of Drillinginfo which provides insights into the gas and oil industries. These are the ones who believe that big players will eventually surrender to the difficulty and hardship of oil drilling in the region.

The birth of a new US oil industry

The country is currently producing about 3.2 million bpd in the Permian basin alone. This means that the country is already producing more oil than the countries that used to dominate the industry, such as Kuwait, Nigeria, and Mexico.

The country, in fact, has the potential to rise above Canada, China or any other nation in the world (except Russia and Saudi Arabia) just with its oil production in the Permian Basin, provided the region produce 5.4 million barrels a day by 2023.  This is according to the recent estimate from the IHS Markit Output. If the US happens to be a member of OPEC, the country can surpass Iraq as the group’s biggest oil exporter.

At one point in February, the US has actually become the largest oil producer in the world, when the Permian and other US oil site pumped as much as 12.1 million barrels per day.

(Featured image by G B Hart via Shutterstock)