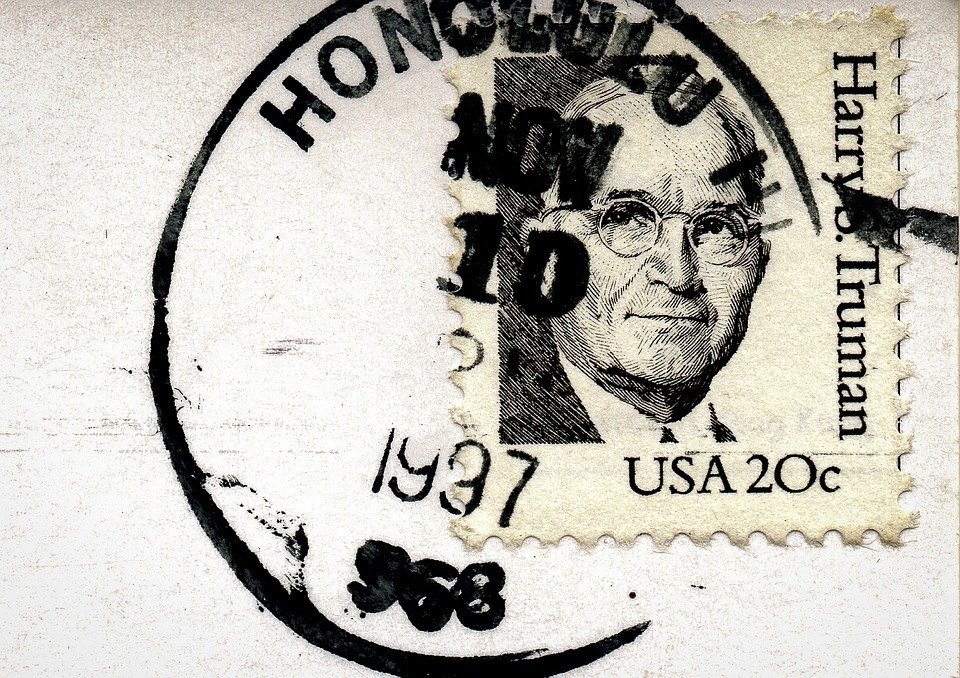 The United States Postal Service (USPS) dates back to 1775 when then-president Benjamin Franklin became the first postmaster general in the role of chief executive officer. During those times, it was a practice of the postal service to deliver stampless letters, with all the costs to be transferred to the receiving person.

In 1847, the first adhesive postage stamps were invented, and the USPS started using the prepaid system of mailing letters. Benjamin Franklin and George Washington were the first presidents featured on the initial and introductory five-cents stamps and ten-cents stamps, respectively.

The US history of stamps is long and diverse, covering different designs and blueprints. Some of these have achieved great success and popularity among philatelists.

Let’s see which stamps turned out to be the most important ones in the US postal history:

The Elvis Presley stamps were released by the USPS on January 8, 1993, celebrating the 58th birthday of the iconic king of rock and roll. There was even a spectacular first-day issue commemoration in Graceland. 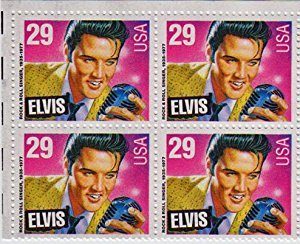 The Wonders of America stamps, 2006

Issued on May 27, these stamps with a face value of 39 cents, represented the most important natural and man-made wonders of the United States. The 40 different stamps from this series were selected from every region of the country. The wonderful designs were from Richard Sheaff of Scottsdale, and were issued in 204 million copies. 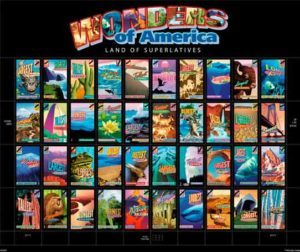 The Wonders of America Stamps. (Source)

Wildflowers are a beautiful American symbol, spreading their distinguished colors every summer across the land. These stamps honor the pretty flowers in 50 varieties, all of them native to North America. With a face value of 29 cents, these stamps were printed in 11 million copies. 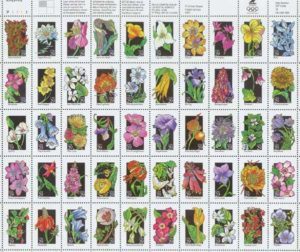 The Legends of American Music Stamps, 1993

Issued on June 16, the rock and roll legend stamps were issued in a quantity of 14.2 million, with a  value of 29 cents. Using a special technique of photogravure (printing from an intaglio plate), they featured the sixties’ most favorite musicians such as Bill Haley, Clyde McPhatter, Ritchie Valens, Otis Redding, Buddy Holly, and Dinah Washington. 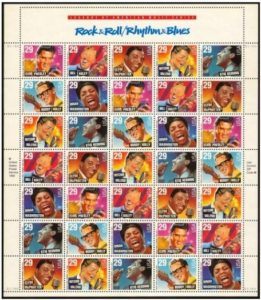 The Greetings from America Stamps, 2002

The US Postal Service issued this set of stamps on April 4, with a quantity of 200 million and a face value of 34 cents. The design featured local scenes from the 50 US states, with bright colors and information on the back of the stamp about the the state’s bird, flower, tree, and capital. They were designed by  Richard Sheaff and illustrated by  Lonnie Busch. 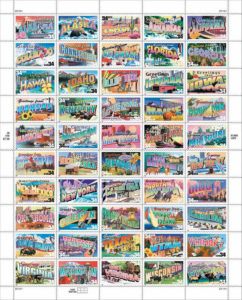 The Greetings from America Stamps. (Source)

The Insects and Spiders Stamps, 1999

Even though the theme is not so pretty and appealing, these stamps still achieved great success and popularity. Issued on October 1, with a face value of 33 cents, they managed to sell 4.3 million copies. The idea was to pick an insect and spider species that would be of educational value and interest to children. On the back of the stamps, there are some general information of the bugs featured on the front. 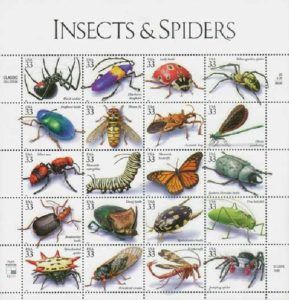 The Insects and Spiders Stamps. (Source)