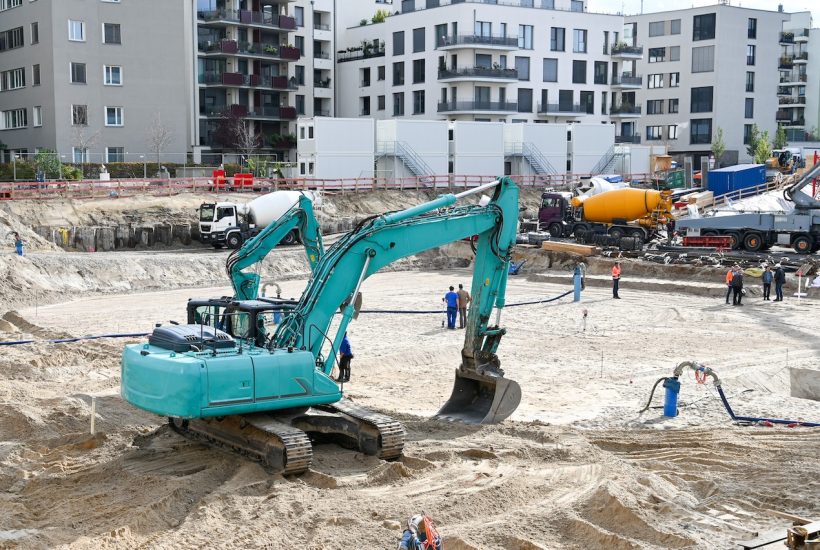 As construction, engineering, and development firms consider the impact of inflation and the increasing cost of capital, some are beginning to embrace projects designed to provide tax incentives. These types of projects fall into the category of ‘adaptive reuse’ and a federal program grants attractive tax incentives when private sector firms work with public officials to modernize existing public assets. This is just one additional way that America’s infrastructure is being rebuilt, enhanced, and upgraded.

Adaptive reuse is categorized as the act of repurposing an existing structure for new use. There are thousands of outdated structures that qualify for renovation, upgrades, and/or expansion. Examples include shopping malls, train stations, factories, school buildings, and even military property. Because of the tax incentives available, community leaders are aggressively seeking private sector partners for these types of projects.

A massively scaled redevelopment plan in Salt Lake City is being called the most significant development in Utah history. A public-private partnership is spearheading redevelopment of state property that will be vacated by the Utah Department of Corrections. The adaptive reuse project has a proposed budget that reaches the multibillion-dollar range, and it will include affordable housing units, a business innovation center, mobility improvements, and pedestrian trails.

Earlier this month, officials in Gwinnett County, Georgia approved redevelopment of an abandoned shopping mall. The county purchased the vacant facility several years ago for $23 million and redevelopment will include affordable housing, neighborhood services, commercial establishments, cultural resources, and improved mobility. County officials are expected to release a detailed timeline and total cost estimate for the mall’s redevelopment by the end of August.

Local leaders in Minnesota’s Morrison County are advancing to the next stage of a courthouse redevelopment plan. At the end of July, a schematic design was approved for the renovation project which includes renovation work, upgraded ADA accessibility features, restoration of historic windows, and a unified government center. County officials suggest the project’s schematic design will ultimately include $15 million to $20 million in contracting opportunities.

Centre County officials in Pennsylvania are almost ready to launch a project to redevelop an unused 84-year-old building. The facility’s 135,645 square feet will be repurposed to accommodate 118,600 square feet of usable office space. The majority (roughly 80 percent) of the office space will accommodate county administrative services, but there will also be space to rent. Officials anticipate that the $33 million project will be out to bid early in 2023.

The Pennsylvania city of Coatesville is targeting 26.3 acres of former commercial property for a future sports and events complex. The largely abandoned commercial site will be converted into one of the city’s foremost tourist and recreational destinations. A total of $9 million was received from the Pennsylvania Department of Community and Economic Development and will be used to support site preparation work. A cost estimate of $50 million has been suggested for the redevelopment effort. Construction is scheduled to begin in late 2023 and wrap up in time for a grand opening in 2024.

Councilmembers in Santa Monica, California approved plans to redevelop two buildings with historical landmark designation located within the same parcel of city-owned land. The buildings will be repurposed and a new third facility will be constructed on the site. The redevelopment project is poised to generate over $200 million in construction contracting opportunities as the city launches a “cultural uses campus” and surround it with public gathering spaces. The redevelopment effort will strengthen Santa Monica’s cultural identity while spurring additional equitable infrastructure support for underserved communities.

State officials in New York have approved redevelopment of Manhattan’s degenerating transit center, Pennsylvania Station, which also happens to be North America’s busiest transportation hub. Approval of the redevelopment plan opens the door to what will be one of the largest planned real estate projects in US history. Costs could climb as high as $7 billion. Once completed though, the project will deliver ten networked skyscrapers and 18 million square feet of office space—much of which will be rented out to pay down the project’s monolithic price tag. On the other hand, the plan is also forecasted to generate $1.2 billion in tax breaks for developers working on the redevelopment effort. Contractors and developers would be advised to check the guidelines for adaptive use projects. There will be thousands of upcoming opportunities for companies to be awarded extremely valuable tax incentives. With each project that is launched, jobs are created, and public assets that once were non-revenue producing morph into revenue producing public assets that benefit citizens.

(Featured image by visionart.av via Pexels)