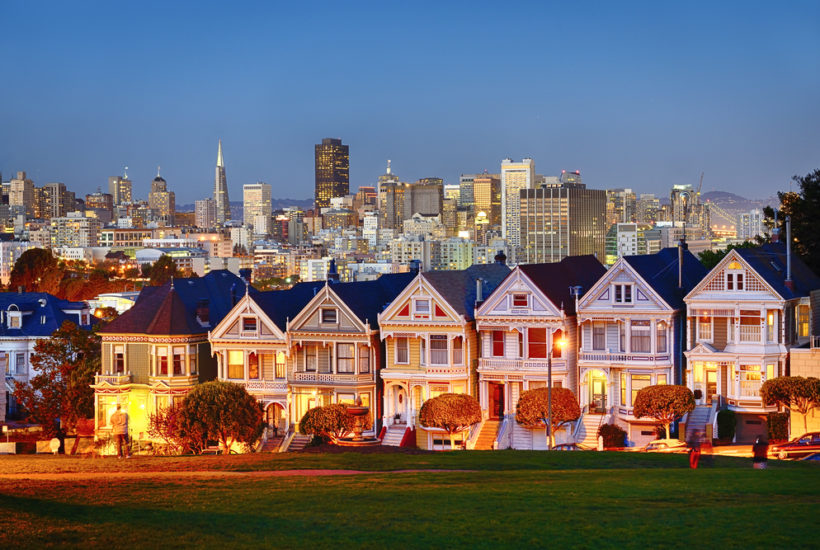 There’s been a lot in the news lately about a slowing U.S. property market, with San Francisco a particular worry.

I’m, in fact, in Australia for the next two weeks – my third visit in 14 months – because real estate prices are cratering. Everyone seems shocked. I’ve been warning of this for a long time now.

One piece, in particular, caught my eye: “San Francisco at ‘boiling point’ over tech, houses, homeless.”

What lights me up like a firework show on Independence Day is that this is news to anyone. Since 2014, I’ve warned that San Francisco is a ticking time bomb. Several times this year alone I’ve pointed out how San Francisco starter home prices are utterly unaffordable.

And it’s not just windy city that has this problem. Dozens of cities across the country have nose-bleed real estate prices that only the wealthy can afford. The rest of us suckers are left out in the cold. And up and coming millennials? They can just forget owning a home in some of those areas.

Little do they realize that the bubbles they’re inflating will burst from their own extremes… and that’s where we are today. You practically have to be a millionaire to afford a trailer in San Fran and parts of Palm Beach and other areas.

But, as overinflated as real estate prices are in places like San Francisco and Manhattan, as ready to burst as they are, they may not be the trigger for the pain that awaits property owners and investors ahead…

The subprime lending crisis in the U.S. burst the last U.S. real estate bubble. People who had no business financing McMansions started to default on their mortgages.

But these weren’t rich people living in LaLa land. No. The people losing their homes (and families) were those who lived in areas that weren’t benefiting from the bubble boom in investments and new technologies. Living largely in the Midwest and inland Southeast, they weren’t in the bubbliest areas. They were ordinary, hardworking Americans who had their asses handed to them when the subprime house of cards collapsed.

We’re seeing a similar trend this time around.

While this current bubble has concentrated even more in the most urban and hi-tech cities like San Francisco and Manhattan, LA, Seattle, Boston, Washington D.C., Vancouver, Toronto, Sydney, Melbourne, Singapore, and Shanghai… and while we’re already seeing slowing or price declines on the high-end in those cities… there is a bigger problem brewing in middle-class cities.

We are witnessing growing signs of “mortgage stress,” as Martin North calls it.

Just look at those numbers.

Detroit continues to lead the mortgage stressed pack with 34.4 percent of its mortgages underwater. That after a 10-year-plus recovery? In what was once King City, leading the auto and mass manufacturing revolution in the 1900s? That level of financial distress speaks volumes about the Economic Winter Season we’ve unknowingly endured since 2008.

Notice how all the other mortgage-stressed cities are in the Midwest, Northeast, and Southeast. All solid, blue-collar cities.

Even the national average is still 8.4 percent underwater mortgages, for crying out loud. Clearly, much of the country didn’t recover from the Great Recession of 2008 to 2009.

Just imagine how they’ll fare in the next Great Depression ahead?

Still, while Average Joe will be brought to his knees as the latest real estate bubble bursts, the people who stand to lose the most are those dumb millionaires throwing good money after bad on an overpriced property in places like San Francisco.

There’s truth to the saying, “the bigger they are, the harder they fall.”

Don’t pin your financial hopes and dreams to real estate. The foundations are crumbling. Rather, grab the Dark Window opportunities available right now. And prepare for the Sale of a Lifetime after the Great Crash of 2020.