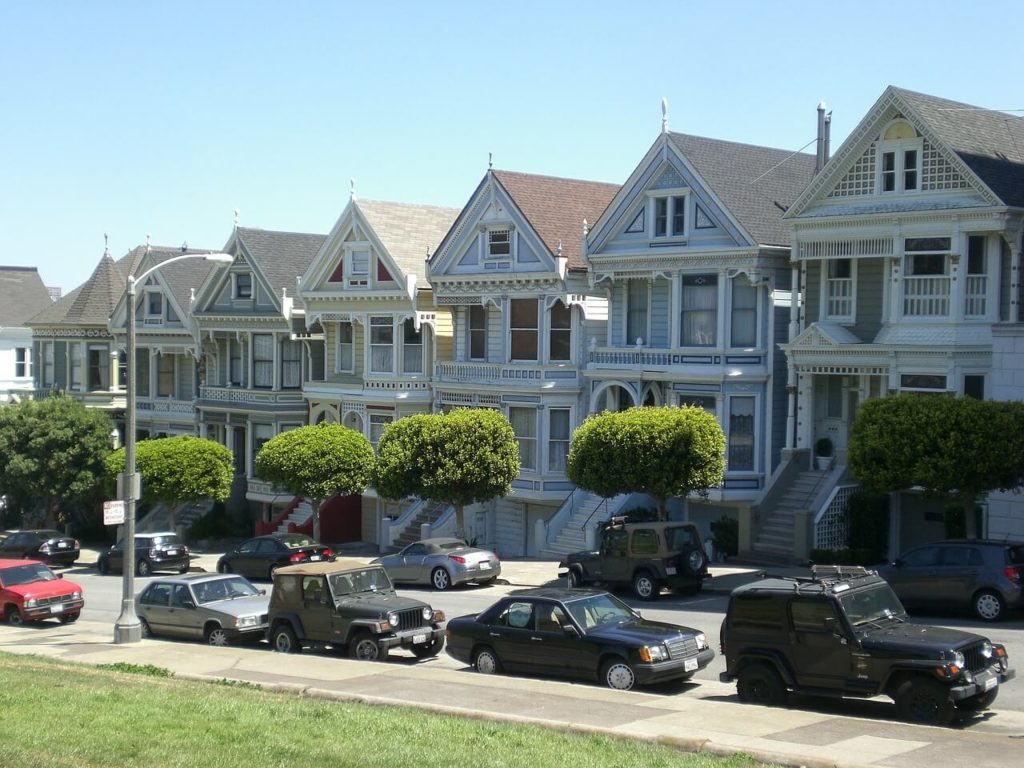 Bubbles ultimately die of their own extremes, although it always helps to have a trigger like the subprime crisis in 2006.

But the San Francisco area takes the cake when it comes to the U.S. real-estate bubbles! (That Canadian honor goes to Vancouver and in Australia it’s Sydney and Melbourne.)

And prices have started to fall, albeit slowly, despite no slowdown in the economy and only modestly rising interest rates thus far.

Because of the insanity of home prices there! They’re massively overpriced, especially in the large and critical starter-home market.

They have become, literally, unaffordable!

The biggest investment most people make is that first home, which they buy between the ages of 27 and 33 (with the average buying age at 31). The second one, if they get another, is an upgrade that they can usually afford with higher income sometime between the ages of 37 and 41. And for the upscale, into age 65 buyers invest in a vacation home that they rarely use.

So, forget that the median home price in San Francisco is a whopping $1.3 million, pushing on 13 times median income.

The real kick in the head is for starter homes… 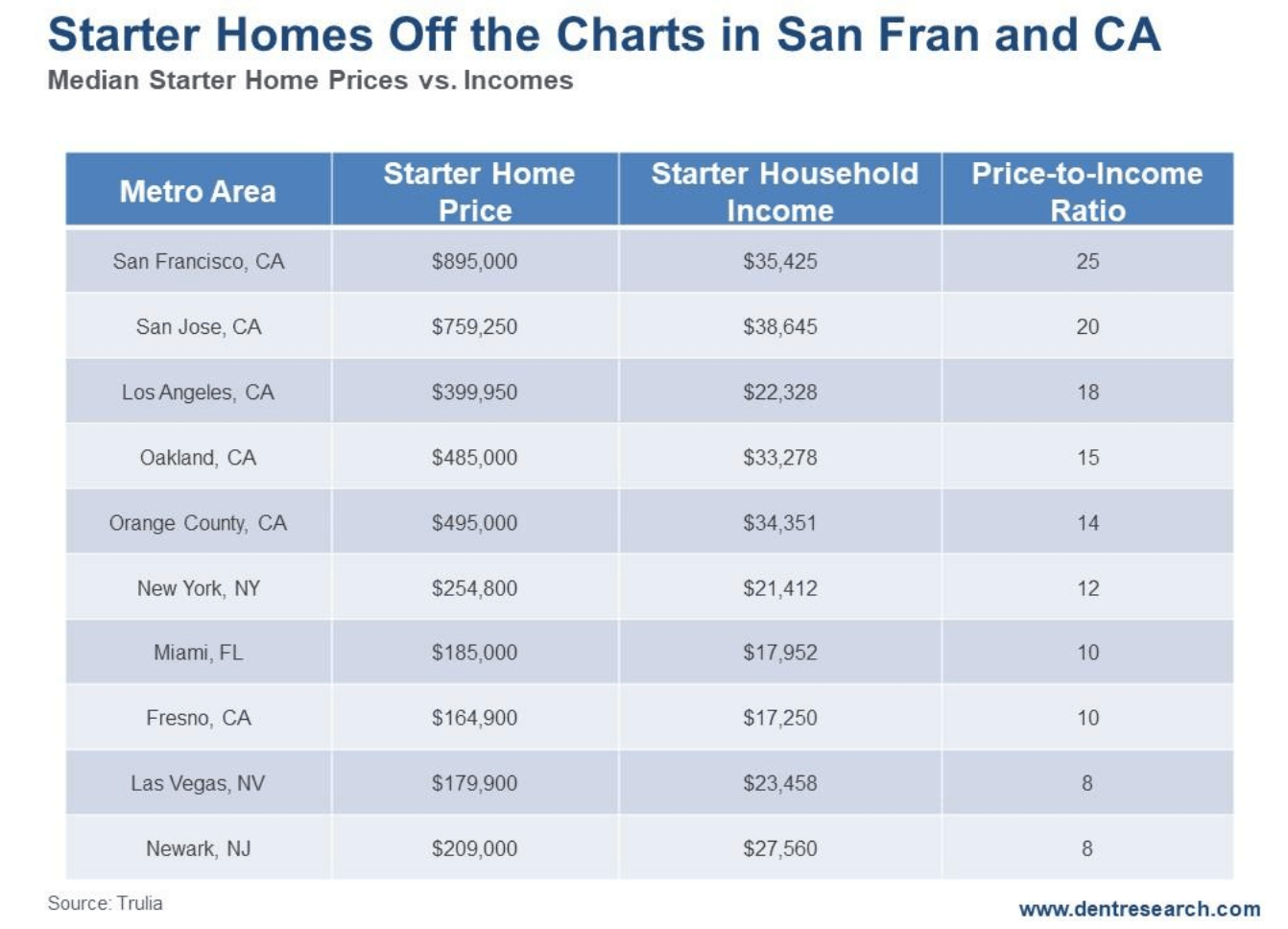 How could a bank possibly lend against that when the traditional norm is three to four times income?

It takes 41 percent of their income to pay for that home. Thirty percent is considered high and creates “mortgage stress.” To afford that starter home, you can just forget dining out at all those great restaurants in San Francisco.

The six most overvalued areas for starter home affordability are in California. Even Fresno, for crying out loud! That’s in the middle of nowhere in the desert. Last time I was there it was 120 degrees in the summer and felt like an oven.

San Jose isn’t quite as bad as San Fran, but only because they have higher starter family incomes thanks to the tech jobs. The median starter home there is $759,250 against incomes of $38,645… a mere 20 times income!

Then there’s my past stomping grounds: Miami.

That’s the biggest reason I ended up in Puerto Rico (not the tax advantages, as one journalist would have you believe).

My condo is 25 percent of the cost, and I deal with far less traffic, enjoy more good restaurants nearby, and suffer far fewer prima donnas per capita. Heck, in Puerto Rico I probably qualify for that label myself.

The everyday person in Miami has those low-end service jobs that David Stockman always harps on about growing the fastest. The town’s starter home household only has a median income of $17,952 (that’s $1,496 a month or $9 an hour). They need 10 times that income to afford a lower median price of $185,000 for starter homes.

Then there’s Las Vegas, which didn’t bubble as much this time around as it did into 2006. It’s coming late to the party, with the highest price rise for a major city in 2018 over 2017. It now weighs in at near 8 times income, as does Newark, New Jersey.

SEE ALSO  Can the greenest US states sustain their commitment to renewables?

Now this bubble is slowing down in many leading cities here and around the world, most so in San Francisco and Manhattan. Mostly because property is too expensive, especially for the biggest and most price-sensitive buyers, the new families.

When the bubble goes belly up, it’ll be worse than the last property crash because the most-bubbly areas are stretched beyond any reason!

And this bubble is leading the stock bubble in bursting, just like it did last time, by about two years.

We may have one more year in the stock bubble at best, but the real estate bubble is already saying “Game Over,” as it did from early 2006 forward and as we warned in late 2005.