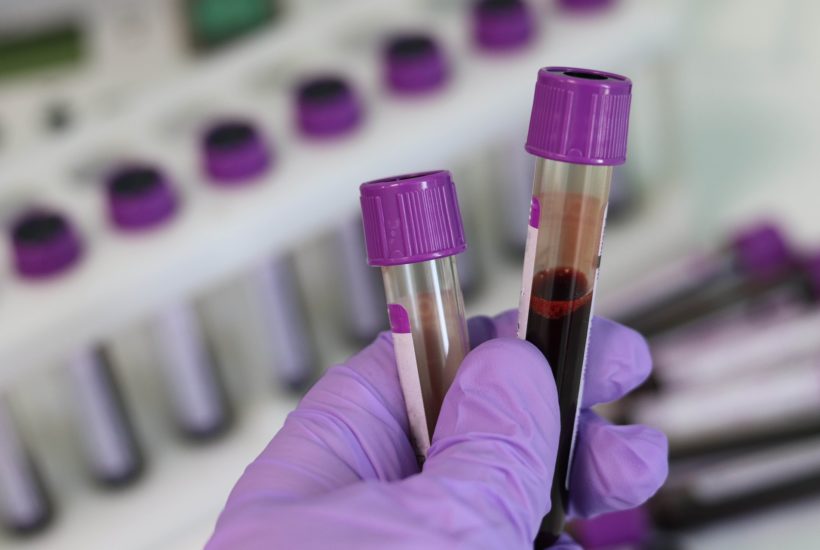 Serological tests detect the presence of antibodies specifically directed against the SARS-CoV-2 virus. After the PCR tests of bioMérieux or Abbott in particular, it is now the turn of serological tests to make their entry into the fight against COVID-19.

At the end of last month, NG Biotech announced the commercial launch of its rapid test. The COVID-19 NG-IgG-IgM Test is a serological strip test that simultaneously detects and differentiates the antibodies (IgM and/or IgG) produced by the body during the infection with the SARS-CoV-2 virus. The results are obtained in 15 minutes from a drop of blood.

CE marked on March 27th, following a first public order, this test was developed via a collaboration between biotech with AP-HP and CEA.

“The need for rapid tests being above all global production capacity, we will offer our tests as a priority to the French healthcare system, so that it can ensure better stratification of patients and monitoring of immune status as soon as possible,” said Milovan Stankov Pugès, the CEO of NG Biotech.

Consequently, the biotech company plans to open a second production site, in addition to that of Guipry located south of Rennes (Ille-et-Vilaine), in the short term to reach a production capacity of around two million of tests per month.

If you want to be the first to find the developments in the biotech sector and how companies from around the world are launching serological tests to identify if a person was infected with COVID-19, download the Born2Invest mobile app. Read the most important business headlines and stay on top of the market.

Roche and Eurofins the latest laboratories to launch serological tests

Latest announcements come from the Roche laboratory and the Eurofins Technologies. Each group has announced the development and launch of serological tests to identify people infected with the new coronavirus.

The Elecsys Anti-SARS-CoV-2 test, developed by the Swiss laboratory, is an in vitro test based on a blood sample and detects the presence of antibodies against SARS-CoV-2. The test can thus indicate whether a person has already been infected and has potentially developed immunity to the virus.

The test is performed in 18 minutes at a throughput of up to 300 tests per hour on Roche Cobas analyzers, which are already available in hospitals and reference laboratories around the world. The Swiss laboratory aims to make the test available at the beginning of May in countries accepting the CE mark, and is actively working with the FDA for emergency approval.

As a result, by June, Roche plans to accelerate production to manufacture up to one million tests per month. “Roche is working closely with health authorities and is accelerating production to ensure rapid global availability of the test,” said Severin Schwan, Roche CEO.

Eurofins Technology announced the launch of several CE marked serological in vitro diagnostic (IVD) medical devices for the detection of antibodies in patients who have been exposed to CoV-2 SARS.

Detecting the virus by the enzyme-linked immunosorbent assay (ELISA), the test has been developed with several Eurofins partners including Gold Standard Diagnostics and Virotech Diagnostics. For example, the test can be used as a complement to PCR tests to help diagnose the status and progression of acute infections.

“Our four factories and partners are preparing to produce kits for more than 10 million tests per month,” commented Gilles Martin, CEO of Eurofins.