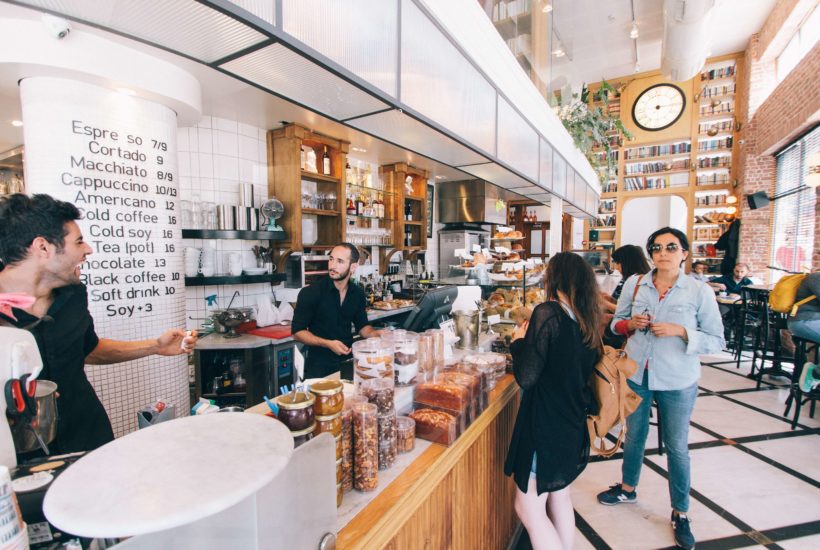 If you’ve ever wondered which states have the unfriendliest customers, you’ve probably just had to offer your best guess. But who is number one, when it comes to rude customers?

Its reporting suggests many Northeastern states, including New Jersey, Connecticut, and Massachusetts, have the friendliest customers. Meanwhile, some states with friendly reputations, including Missouri, Oklahoma, and Georgia, score high for rude customers.

Alex Vlasto, vice-president of marketing for Stella Connect, says his company studies all aspects of customer interactions, including whether a company has friendly or rude customers. “There’s no question that every customer service interaction is critical for brand reputation and to enhance a customer’s lifetime value,” he says. “This look at friendliness is a byproduct of how customers are rating service reps overall.”

There were a few insights that seem counterintuitive, he says.

“For example, Midwesterners have a reputation for being friendly and down-to-earth, but of the four regions, customers from the Midwest rated their customer service reps tougher than anyone else,” he says. “Likewise, Northeasterners have a reputation for being more tough and direct, but customers from this region provided the highest marks for the customer service reps they interacted with.”

To measure friendliness, Stella Connect culled data from its platform, which offers real-time feedback following each interaction between a customer and a service representative. Stella Connect asks customers questions about the interaction while also allowing them to give the rep a “star” rating on a scale of one to five. The data from Stella Connect’s report represents millions of customer interactions during the last four quarters.

The findings can offer a rough barometer for national friendliness — or unfriendliness. They also help consumer advocates like me to set our expectations when we’re dealing with customers. (And for the record, my advocates and I always try to respond politely, whether it’s a rude customer or a friendly one.)

These are the states with the unfriendliest customers

According to Stella Connect, here are the five unfriendliest states (the company rates only the contiguous states plus Washington, D.C.):

“With all the gridlock coming out of our nation’s capital, is it any wonder that customers there are seemingly more grouchy than elsewhere?” says Vlasto.

OK, the district’s number-one ranking might not come as a shocker, but Nevada? Missouri? And North Dakota? These states don’t have reputations for unfriendly customer behavior. Perhaps there’s some discontent elsewhere, too. Hard to know why, but it’s there — and it’s measurable. They have rude customers.

States with the friendliest customers

Here are the five friendliest states:

“As a resident of New York for the past 12 years, I think it’s safe to say that the bad rap New Yorkers and Northeasterners in general receive is just that: a bad rap,” says Vlasto. “We may be more direct, but people here are extremely friendly and are willing to help out their fellow man and woman.”

I pushed him for a more scientific explanation. Vlasto says the data is derived from millions of customer interactions spanning an entire year. ” So it’s safe to say this is a comprehensive look at how groups of customers rate service reps.”

“Could it be that these customers just squared off with really good or bad customer service reps?” he asks. “Maybe. Perhaps weather or environmental factors played a role as well, such as the California wildfires. Overall, it’s hard to explain the <em>why</em> behind the data even though it definitely showcases geographic trends.

But what does the data mean to you?

“As a customer, these results could help to give an indication of how happy or grumpy your neighbors might be if you’re considering moving to a new part of the country,” he says. “For a business owner, understanding the average satisfaction levels of customers from different regions might just make you act a little differently when you see the location of customers calling in with service inquiries.”

And maybe, just maybe, everything we thought we knew about the unfriendliest customers was wrong.