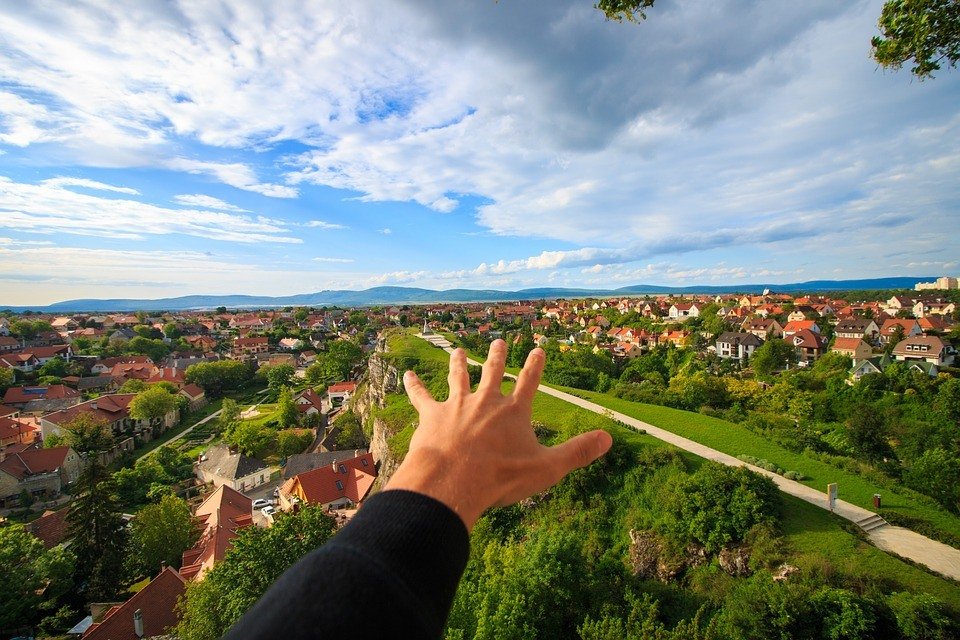 Lately, I’ve been focusing a lot on real estate. There are starting to be clear signs of extremes in pricing and high rent burdens. Cities are starting to crack on the high end.

It’s what I’ve been forecasting—that this second bubble burst would start on the high end and work down. Unlike the last bubble, which started on the low end with the subprime defaults.

Millennials are increasingly becoming the buyers. They’ve been a bit reluctant to do so due to tighter lending and the lingering pains of the last crash, yet they are finally buying in, as they can’t wait forever.

But prices are so high in most cities that buyers are turning back toward the suburbs.

So, what do the new millennials want?

But now, more than ever, charming and walkable town/central areas.

I was at a wedding north of San Francisco and was hanging out in Sebastopol and Petaluma. Talk about perfect little suburbs and both within a reasonable commute of San Francisco.

This list is based off a number of factors ranging from growth to affordability to ease of commute. The point is, these represent the type of suburban areas that are doing the best in this market.

Keep in mind—as I continue to remind you we’re in the late-stage of this second bubble—that this is not the time to be rushing out and buying. 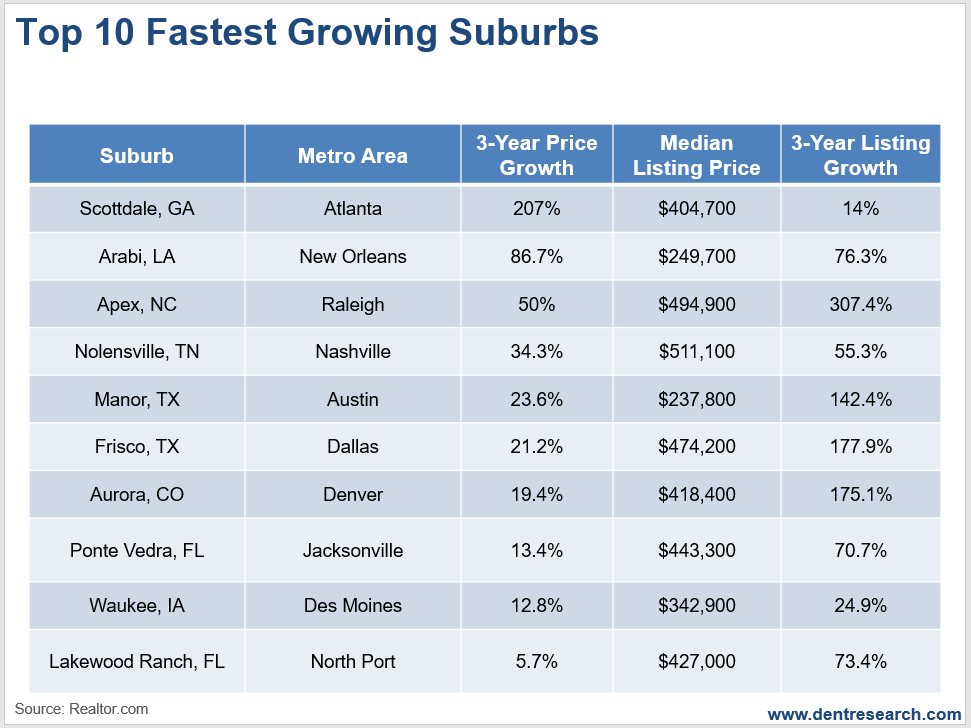 But if you do have to buy, buy in areas that aren’t as overvalued. Or in areas where you can get a great deal on the purchase.

Most importantly, these are the types of places you or your kids want to buy in the next crash and downturn. They’ll have most appeal to millennial buyers down the road.

Number six on this list—Frisco, Texas—is just outside of Dallas.

An associate in our company wanted to buy there during the first bubble. She had a great deal on a foreclosure but knew I was cautious on real estate. When she asked me about it, I told her to go ahead, as Texas was the least overvalued major city in that bubble. And Frisco was an up-and-coming suburb with a 30-minute—give or take—commute to downtown Dallas.

Frisco is now one of the hottest suburbs, with median prices at $474,200. That investment clearly paid off despite riding out the previous crash, which was more minor there.

Now, I’d like to draw your attention to the two most affordable of these “hot burbs” as examples of the type of places to look for.

The first, at number five, is Manor, Texas. It’s just 12 miles outside of Austin with a 10- to 15-minute commute to downtown Austin in light traffic, all on freeways. And Austin is one of the hottest and most desirable cities. It’s also right off of the new I-45 with a 75-mph speed limit (which means most are cruising at 85). There’s little traffic, and it’s just a 2.5-hour trip into Dallas. The median home price there is a very average $237,800.

Then there’s Arabi, Louisiana, at number two. Just seven miles outside of downtown New Orleans, right off Highway 39, which connects into I-10. It’s probably about a 10-minute commute in light traffic… Not too shabby. Median prices there are a mere $249,700.

At number eight is Ponte Vedra, Florida. It’s like the Hamptons of northern Florida. And is just outside of Jacksonville. I spoke there twice and loved the area.

If you’re wondering where number 10 on the list, Lakewood Ranch, is… it’s just 20 minutes outside of Sarasota, which I consider the most attractive, affluent retirement area in Florida. With a 50-minute commute to Tampa, and 45 minutes to the nearest major airport, I’d say it’s an easy spot to be.

This is clearly the time to have restraint in buying, as I’ve been saying. But it’s a great time to scope out the areas to pounce on when the crash sets in and bargains start to appear, especially when it comes to foreclosures.

These suburbs are hot and may be the best potential investment for you, and more so for your kids.