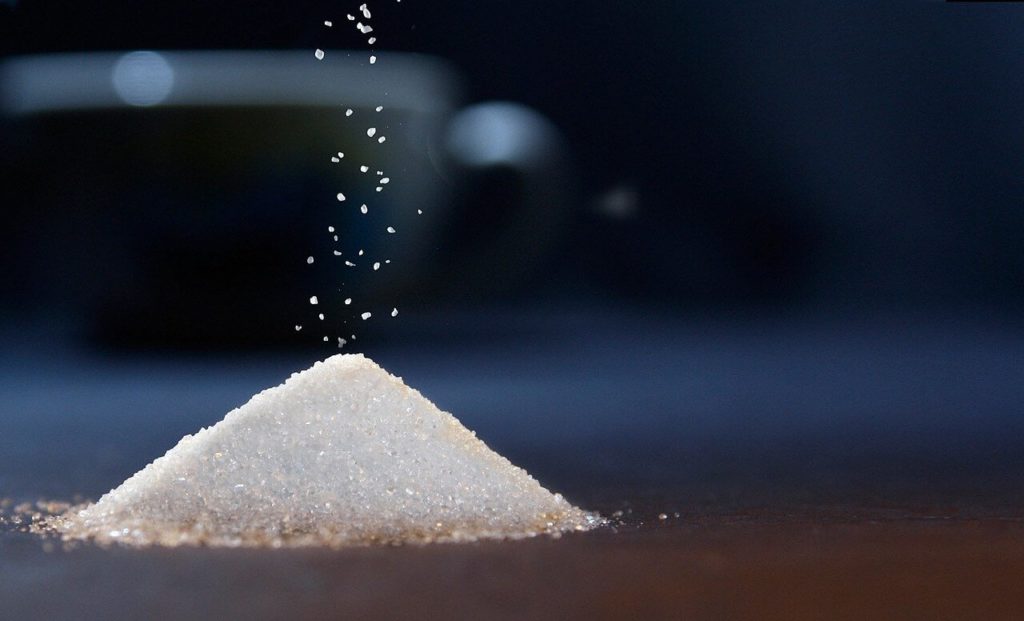 It was the Chinese data that caused the increase in world supplies, and this wheat will most likely not be traded at all in the world market. Supplies are rather tight once the Chinese data is separated from the rest of the world data. US data was mostly bullish as ending stocks were below expectations.

The weekly export sales report showed better demand than seen in most reports so far this marketing year. Winter wheat planting remains a little slow, and cold weather has arrived. There is an increasing chance that some of the intended acreages will not get planted this year due to bad weather. The cold might affect emergence if it persists.

USDA showed a sharp increase in world stocks projections due to major changes in Chinese production and supplies. These changes were a shock to the market and created initial selling. However, the market recovered as world supplies would have been less than last month if the Chinese changes were not included. The reports implied that higher prices are coming.

The harvest continues and farmers are wrapping up the soybeans harvest in many areas of the Midwest and going after the corn harvest. Conditions remain more variable with some rain and dry weather mixed together and cool temperatures. Snow was seen for the first time this season in Chicago and other parts of the Midwest last weekend. Temperatures will moderate this week, and it should be dry until some precipitation appears at the end of the week.

Soybeans were unchanged and products were lower last week. Support appeared to come from commercials who are in need of soybeans for domestic processing needs. USDA cut production in its estimate last week. Yield and production projections were below the trade guesses.

However, USDA finally cut the Chinese demand for US soybeans and showed more ending stocks than trade projections. The initial reaction to the reports was bearish due to the sharp increase in ending stocks, but the market was able to recover. It appears that most in the trade felt that the lost Chinese business was already factored into the price and speculators and end users start to buy once the selling abated somewhat. It was a positive close considering the data. However, the huge ending stocks projections should serve to limit upside potential over time.

There was little reaction to the stronger US Dollar and the weaker export sales report did not factor much into the trading.

The weather this week should feature moderating temperatures after a very cold start to the week and drier conditions. More snow is expected more generally in the Midwest by the end of the weekend.

Futures are still supported by some variable yield estimates from producers.

Rice was lower again on Friday in reaction to the USDA reports. USDA left long grain production alone but cut demand to show an overall increase in ending stocks. USDA raised production for medium and small grains and also ending stocks. The weekly export sales report was positive but had a limited effect on pricing last week.

Trading volumes were limited as producers are basically done with harvest and are doing other things. One thing they are not doing much of is selling rice to mills or other merchants. The mills appear to be well covered right now. The chart patterns show that futures trends are sideways for now. Good to excellent yields were reported in Texas and Louisiana, and good to very good yield reports are being made in Mississippi and Arkansas. Milling yields have been strong so far in areas near the Gulf Coast, but not really good in Arkansas.

World vegetable oils prices were generally lower once again last week, with most in the market worried about finding enough demand to take up the increasing supplies. Palm oil was lower as the demand for export slowed in comparison to the previous month. MPOB is expected to show the weaker demand and a sharp increase in stocks when it releases its monthly report today. Daily and weekly charts show futures in a down trend.

Canola was lower on improved weather and as the harvest started to get done. The harvest is finally over. Farmers had a tough time getting into the fields due to rains, especially in the west. Progress had been significantly behind normal, so the trade expects to yield new losses. Yield reports so far are said to be below expectations.

Cotton was lower on Friday in resp0nse to the stronger US Dollar and weak demand ideas. Speculators were the best sellers and were selling based on the charts showing a short-term failure for the up trend.

USDA cut production estimates in a big way to 18.4 million bales for the US and also cut world production estimates. Demand was also trimmed, but not as much as production, so ending stocks were lower at 4.30 million bales. The market needs new demand. Export sales for the last few weeks have been poor and show no real signs of improvement for now. Export demand needs to improve soon for prices to rally significantly this year, but any increase in demand has to come with no purchases from China for a while.

US production was estimated at 128.4 million boxes from 130.4 million last month. The market is holding a support area on the charts, and this created a little speculative buying. The oranges harvest is active in Florida under good weather conditions. Chart trends are sideways.

Overall growing conditions in Florida are good to very good, and there is no storm development in the Atlantic at this time. Florida producers are seeing small-sized to good-sized fruit, and work in groves maintenance is active. Irrigation is being used in all areas. Packing houses are open to process fruit for the fresh market, and a couple of major processors are open in the state to take packing house eliminations.

Futures were lower in New York and in London. Currency relationships, and especially the rate between the US Dollar and the Brazilian Real, continue to be the driving force in coffee trading, but something else supported the markets yesterday.

The Brazil crops are getting harvested now, but are not always finding their way to the market due to the overall Real strength against the Dollar. Producers are also looking ahead to next year.

El Niño remains in the forecast and coffee areas in Brazil could be affected by drought. This is the off year for production there, anyway, and a drought would mean even less production.

Vietnam is getting close to its next harvest. Production in Vietnam is estimated at or above 30 million bags. Producers in both countries are not selling much. Some problems with too much rain have been noted in Central America. Drier conditions are wanted for harvesting, and mostly dry weather is in the forecast as the calendar turns to November.

New York closed lower last week. London was lower as well. Prices fell in part to the weakness in petroleum futures and on ideas that there are plenty of supplies out there. The downside potential of the market should be limited on ideas that world production is in fact dropping and might be less than though just a few weeks ago.

Sugar was supported by reduced selling in Brazil due to the stronger Real against the US Dollar. The elections for the new president in Brazil created some buying interest in the Real on ideas that the new government will be business friendly. The Real has been gaining on the US Dollar as a result and this has served to limit export interest in Brazil.

There are now doubts on just how much production will be seen this year in India. Wire reports indicate that pests have invaded sugarcane fields and are eating and destroying the crop. There is no indication of losses yet, but the implication of the reports is that the losses could be significant.

Northwest India had been experiencing hot and dry weather that could cut yields. Dry conditions continue in Brazil, the EU, and Russia, but conditions are mostly good in Ukraine. Very good conditions are reported in Thailand.

Brazil producers are worried about cane production, and the market still talks about less production there this year. The dry weather in much of Europe and in southern Russia near the Black Sea has hurt sugar beets production potential in these areas.

Futures closed lower in New York and lower in London as the new main crop harvest comes to market in West Africa. US Dollar weakness supported New York and hurt prices in London. Trends are sideways on the weekly charts for New York but are still up in London. The recovery has been impressive as it is time for offers from the West Africa harvest to start increasing.

The outlook for strong production in the coming year is still around, but there are some disease concerns for West Africa as a lot of humid air has promoted some concerns that Black Pod Disease could spread. In fact, initial harvest reports from Nigeria indicate reduced yields due to too much rain as the main crop was maturing.

The main crop harvest is in its earliest stages in some parts of West Africa. Main crop production ideas for Ivory Coast and Ghana are being reduced, with Ivory Coast now estimating its main crop production at 1.985 million tons, down from previous estimates just over 2.0 million tons. Conditions appear good in East Africa and Asia. Demand is said to be improving as offers from the new harvest start to increase.