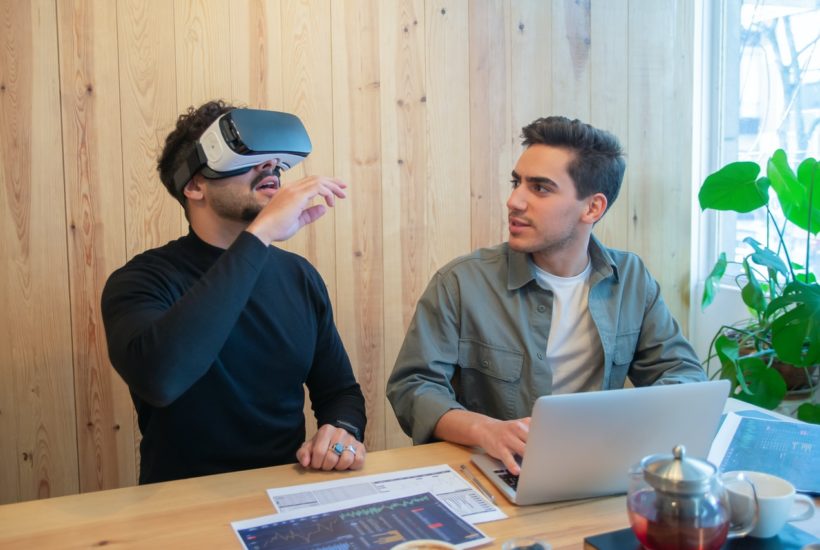 Today, companies are increasingly looking to augmented and virtual reality (AR and VR) applications for everything from professional training to marketing. They’re using it to promote products, give demonstrations, train workers in difficult and dangerous scenarios, and even to meet in-person, but remotely.

In fact, it is now at the point where it’s almost an indispensable need in some sectors, and this is causing a boom in AR and VR. This has companies like XRApplied (CSE: XRA) finding their services in hot demand. Businesses need solutions and, in VR, there’s a shortage of them.

VR and AR developers are in hot demand

On a recent episode of CSE’s Tech Tuesday’s event, Nextech AR Solutions CEO Evan Gappelberg noted that a major challenge facing his company was the price of hiring engineers and developers skilled in AR and VR. He went on to note that top talent in the industry starts at about CA$250k a year as a minimum bid, meaning that even amongst the broader developer community, which already earns high salaries, VR and AR engineers are expensive.

This situation has only been exacerbated by Meta’s recent announcement that they’re going on a metaverse hiring spree, bringing on an additional 10,000 new hires to help build the metaverse. Obviously, this has set up something of a bidding war, meaning most of the talent is ending up in just a small handful of companies.

Too much talent in the hands of too few

Rising salaries come with secondary side effects, the biggest of which is the shrinking diversity of solutions available in the broader AR and VR ecosystem. If thousands are working on a small handful of Meta products, that means there are also thousands who aren’t working on potentially hundreds of smaller products.

What this means is that, leveraging AR and VR technology risks becoming harder than it needs to for everyday businesses. For most, full-time hires were probably out of the question anyway, so rising salaries don’t affect them as much. But a shortage of AR and VR business solutions and consulting firms—that has a much bigger impact.

A big AR and VR opportunity?

The flipside of this is that every problem creates opportunities. When people have a problem, they will actively seek you out if you can solve that problem. This is what companies like XRApplied are set to start experiencing now.

The reason for this is that the company is one of the first to come forward with a viable ecosystem geared towards making AR and VR more open and accessible. This is achieved through a range of pre-made app components, SDKs, and APIs, allowing the company to rapidly move through the development process, thus delivering cost-effective solutions.

Of course, XRApplied isn’t the complete solution to this problem, nor does it present itself as such. As the slogan from its website would seem to imply, a company that’s “integrating XR into your business” isn’t about to go and create the next Beat Saber. Nor are they going to create the next mega-production to rival the big gaming studios—that’s just out of scope.

However, in some ways, that just makes it more valuable. By focussing on the next big pain points for AR and VR, the company is set to address a very large market: the SME sector as it makes the transition into AR and VR.

The fact that the SME segment is also the one set to be most deeply affected by the shortage of VR and AR solutions only compounds the value even further. When there are limited places to look, people seeking you out will find you. And when they do, they will be banging the door down.

How much is VR and AR demand set to grow?

The possibilities offered by virtual and augmented reality are so diverse and varied that it is now omnipresent in the daily life of many companies. And, for want of a better term, expect to start seeing the old monkey see, monkey do effect in motion very soon.

Add to this the fact that word travels. Businesses using AR and VR are reaping huge benefits. In fact, in a recent survey, 82% of enterprise respondents stated that they were not just satisfied that VR or AR had met their expectations: many found it far exceed them.

In other words, AR and VR are two hot new technologies that we can no longer afford to ignore, even if many businesses think they can’t afford it. The shortage of solutions and developers is an issue being tackled by XRApplied and, as word catches on, so too will the use of AR and VR in the enterprise.