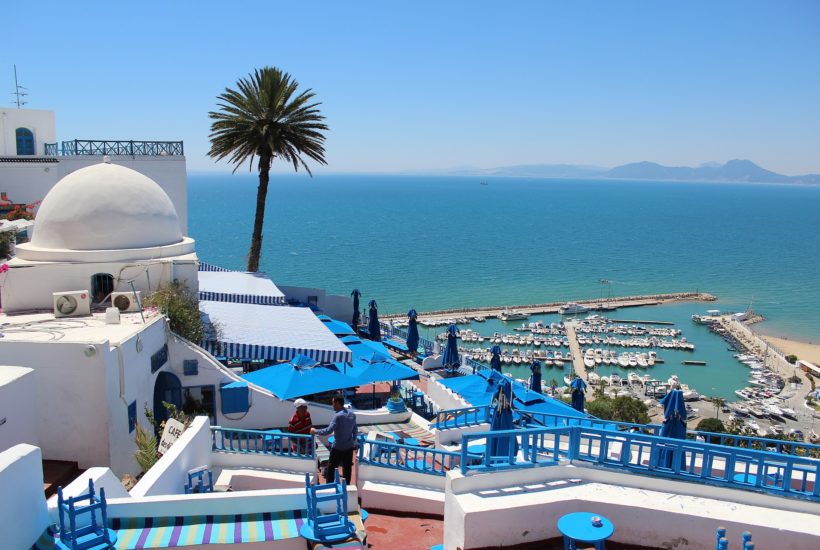 At a press briefing held at the Kasbah, the Minister of Health, Abdelatif Mekki, deplored “that a minority harms the majority.” The minister spoke of “a nightmare scenario if the slackening continues.” He evoked, if the worst happened, “deaths at the doors of hospitals, and the use of war medicine if part of the population persists in not respecting confinement and curfews.”

As of April 5th, the country had 596 cases and 22 deaths. Non-compliance with quarantines could cause these figures to escalate. Mekki was accompanied by Interior Minister Hichem Mechichi, who quantified the number of arrests for non-compliance with containment. There is a gap between the concern of the authorities and the people on the streets. The problem is both the health of the population and the economy of the country.

Discover more news about emerging African countries and their plans to cope with the coronavirus pandemic. Download our companion app Born2Invest and read the latest financial headlines in the world.

Some economic sectors in Tunisia are in immediate danger

“The costs will be enormous if we don’t move fast,” warned Tarak Cherif, president of the Conect employers’ association, in his usual calm voice.

Himself a company manager, the first Tunisian exporter to Africa, employing more than two thousand people in the various departments in which he operates, noted that “at the industrial level all factories are closed except for medicines and agronomy. Hundreds of thousands of employees find themselves unemployed and without compensation in Tunisia. We won’t be able to pay them for more than two or three months.”

“As for those who are paid by the day, they defy death to be able to provide for their most basic needs. The State does not have the means to provide for everyone’s needs, we must be lucid and pragmatic,” he added. As President of the Conect, he met last Friday with the President of the government Elyes Fakhfakh, “my only way out of confinement.” The conference calls follow one another: Monday, the governor of the Central Bank, Tuesday the Minister of Trade. If it is confined, lobbying for the preservation of the economic fabric has quadrupled in intensity. It is a question of saving the private economy.

Tarak Cherif has the merit of consistency. At the end of 2011, after the first democratic election of the Constituent Assembly, he visited the then Prime Minister, Hamadi Jebali. He asked him in the preamble: “Will you listen to me? “Of course,” replied the new occupant of the Kasbah, Tunisia’s 10 Downing Street. “In every capital of the country, it is necessary to build, install a health center, a shopping center, an auditorium. This will attract investors to the underprivileged regions and it will fix the populations instead of fleeing to Tunis in the hope of finding, in vain, a job.”

Jebali approved but this will not be followed up. Tarak Cherif will give the same speech to the four successors of Jebali. He goes further in his proposal: “Those who are granted permission to create large malls in Sousse or other large coastal cities should be asked to found one or two small malls in the country, grant them two or three hectares.” The aim is to reduce the economic divide between the two parts of Tunisia. That of the land and that of the coasts. At the moment, the virus is widening the gap. Tunisia is discovering that entire regions are deprived of sanitary means.

The tourism sector in the country has come to a standstill

The coastline is now lined with closed hotels, beaches without tourists, empty restaurants and cafés. The whole industry is anesthetized. In Tunisia,  this sector has closed its doors. A sector that weighs “twenty percent of the economy”, a source of foreign currency and “two million direct or indirect jobs” according to Mohamed Ali Toumi, the new Minister of Tourism.

Among the solutions Cherif identified is asking the World Bank and the Monetary International Fund for financial support: “We need to give companies a break, a moratorium on the repayment of loans.”

He believes that Elyes Fakhfakh, president of the government since March 2nd, has complete freedom to act. “No one will dare to play political games at this time. He has an opportunity to act quickly and strongly. For nine years, I have been advocating the digitalization of the country and today we realize that the economy suffers from not having done so,” he said. He cited corruption as an obstacle and the lack of political will since the revolution.

The month of Ramadan another treat for the country

Tarak Cherif is concerned about the month of Ramadan which starts in two weeks. “It seems impossible to me to ask families not to get together, it’s cultural, it’s a month when you don’t have dinner alone,” he said.

He wants tests and masks, but repeats that “the state does not have the means”. The tears of the Minister of Health and Tarak Cherif’s educational indictment come together. Priority to health, and concerns about post-epidemic social health when the economy will be severely tested.

(Featured image by AlexSky via Pixabay)