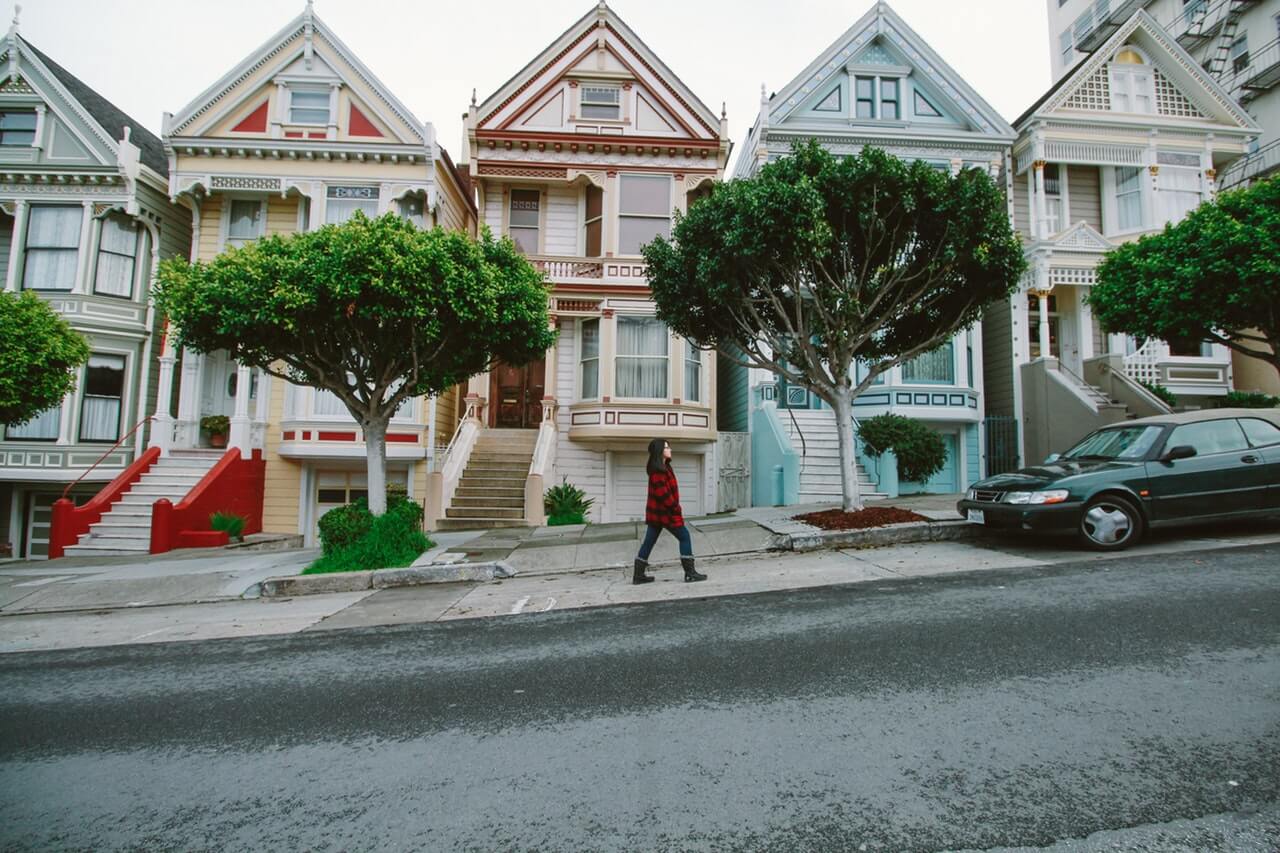 In my previous article, I showed how Japan’s first and more massive real estate bubble peaked in 1991. And then showed how it crashed right along our bubble model into 2013.

The difference was, it never bounced. Even when its millennial generation came along to buy houses again.

A rise of “dyers” (sellers) was offsetting the rise of millennial buyers.

Now let’s look at the U.S. bubble—or our double bubble.

The demographic downturn we predicted set in after 2007. Right when the subprime lending crisis blew up.

It took six years to build and six years to crash into 2012. That’s down 34 percent versus Japan’s whopping 70 percent over 13 years. 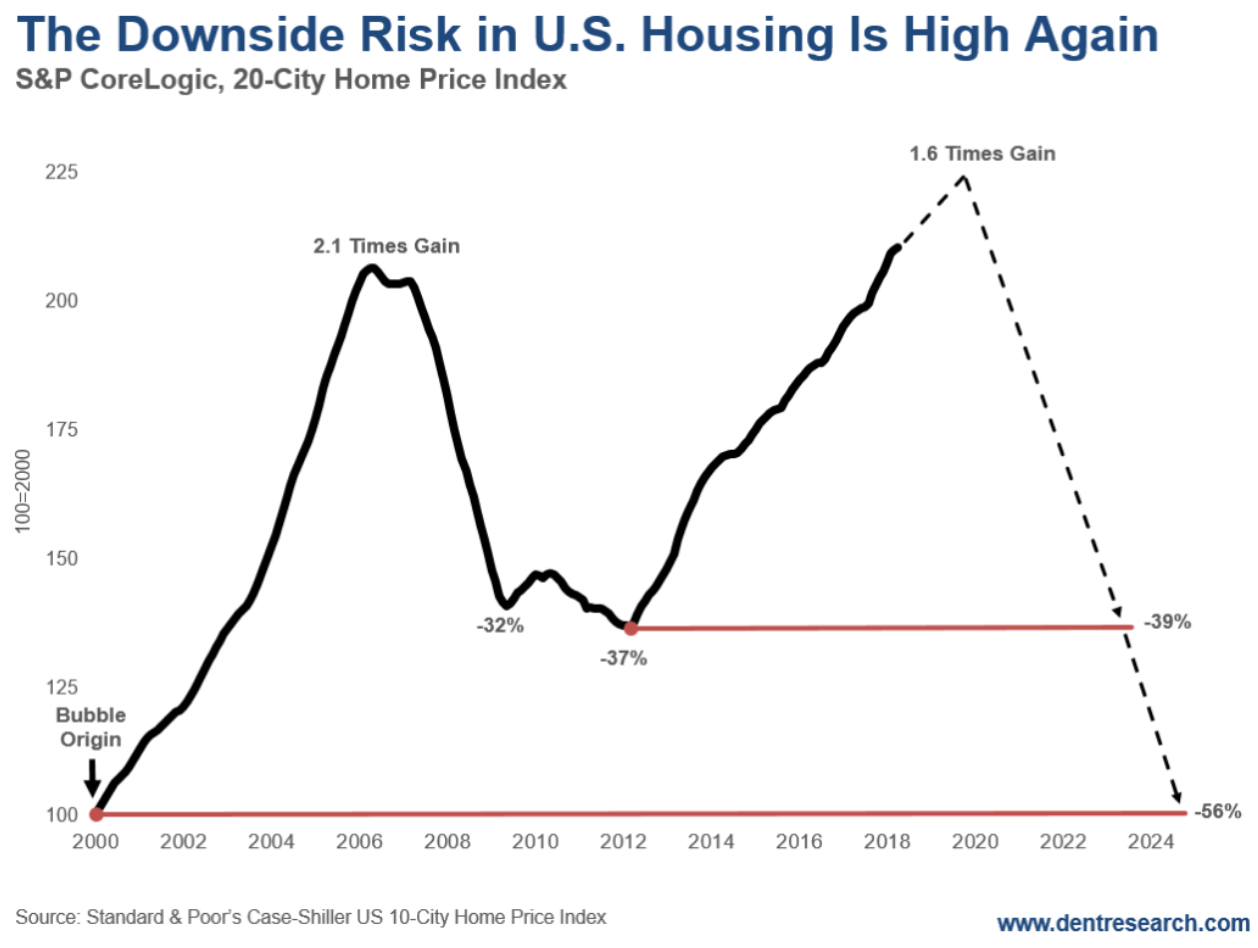 Massive QE and ultra-low mortgage rates created a second—now artificial bubble—that has recently eclipsed the first one. And it looks almost identical in its size and buildup time—six years from 2012 into 2018.

This bubble will burst within the next year.

So, what has happened since the first serious real estate downturn since the one from 1925 through 1933? According to a study by the online apartment service RENTCafé, since 2007, ownership has dropped by 3.6 million and renters have gone up by 1.9 million.

The causes are obvious: Much tighter lending standards, remarkably low supply—especially of affordable, less profitable starter homes—along with soaring prices and valuations. Home prices have gone up 35 percent while rent is up only 20 percent in the last five years, making home prices 75 percent more expensive than rental prices. Both are way above wage gains, which have been near nil.

Overall, the bubble and crash thus far are not nearly as bad as Japan.

Our demographics aren’t as unfavorable, but still very much so given the new model of subtracting dyers from peak buyers.

In this case, peak buying in the future is at age 42 for the U.S. and age 78 for dyers, as we don’t live as long as the Japanese on average. 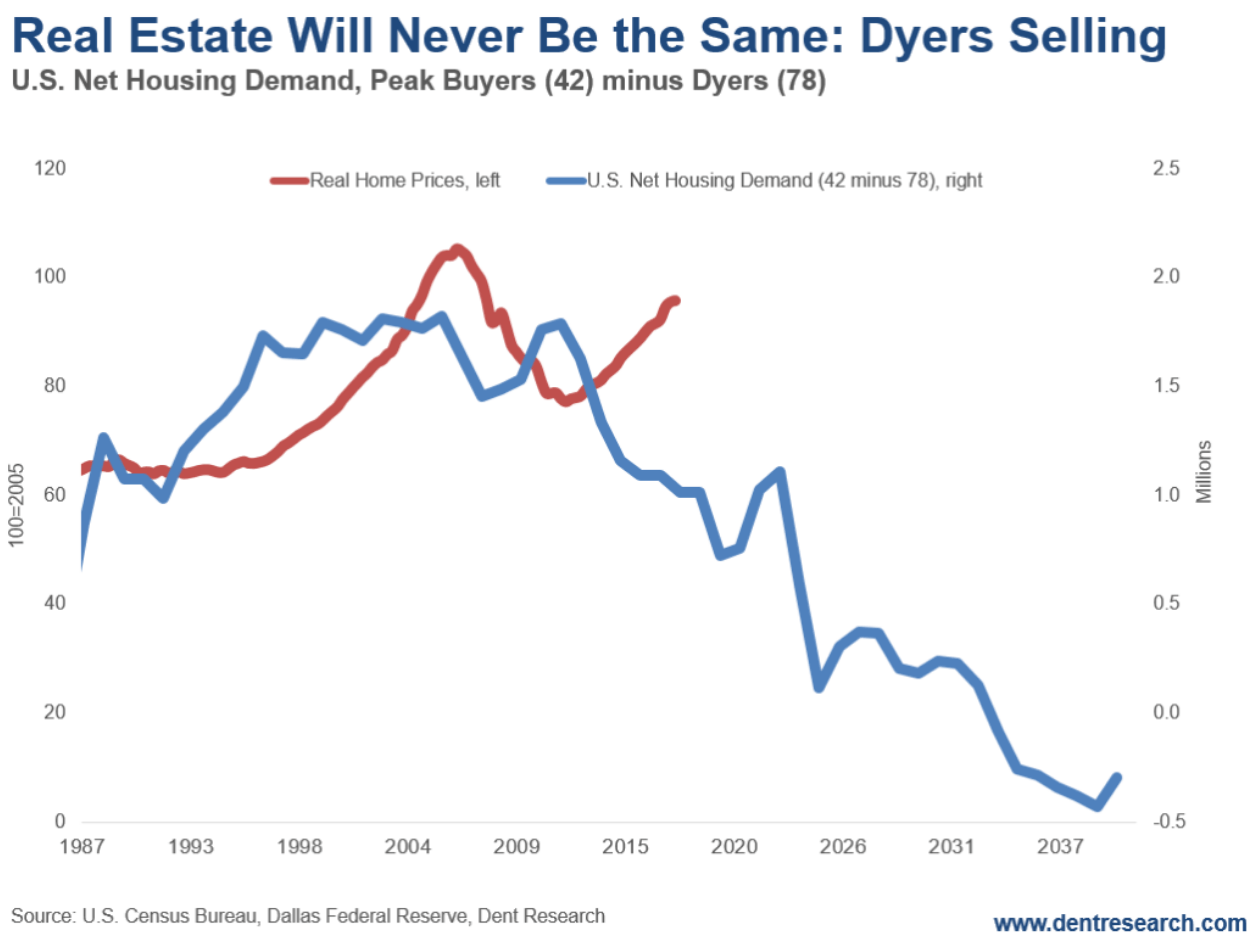 So, even if we hit a bottom by 2025 when the highest numbers of Boomers die, prices will still be likely flat to down a bit into 2039 or so.

Net demand does not turn negative until 2032—so we won’t have tens of millions of empty homes like Japan. Builders will be even more cautious next time around, as will buyers, at first.

Millennials will ultimately choose to buy just to control their own house and destiny, even though appreciation is unlikely to top modest inflation.

“The Dream” of getting rich off of real estate will be dead by 2024, and no longer considered “on hold.”

The demand for vacation and retirement homes will peak last for the aging Baby Boomer generation around 2026. That would be the best time to sell those homes, if you don’t near term, to avoid a bigger crash ahead.

The best thing you can do is convince your kids to wait until at least 2024 to buy—and be happy renting until then.

They should look to other financial investments to build their wealth. Whether it be stocks in the booming emerging nations (like India and Southeast Asia). Or the next great commodity boom that’ll favor metals.

Whatever you do, just know that the dream of owning a home for profit is dead.