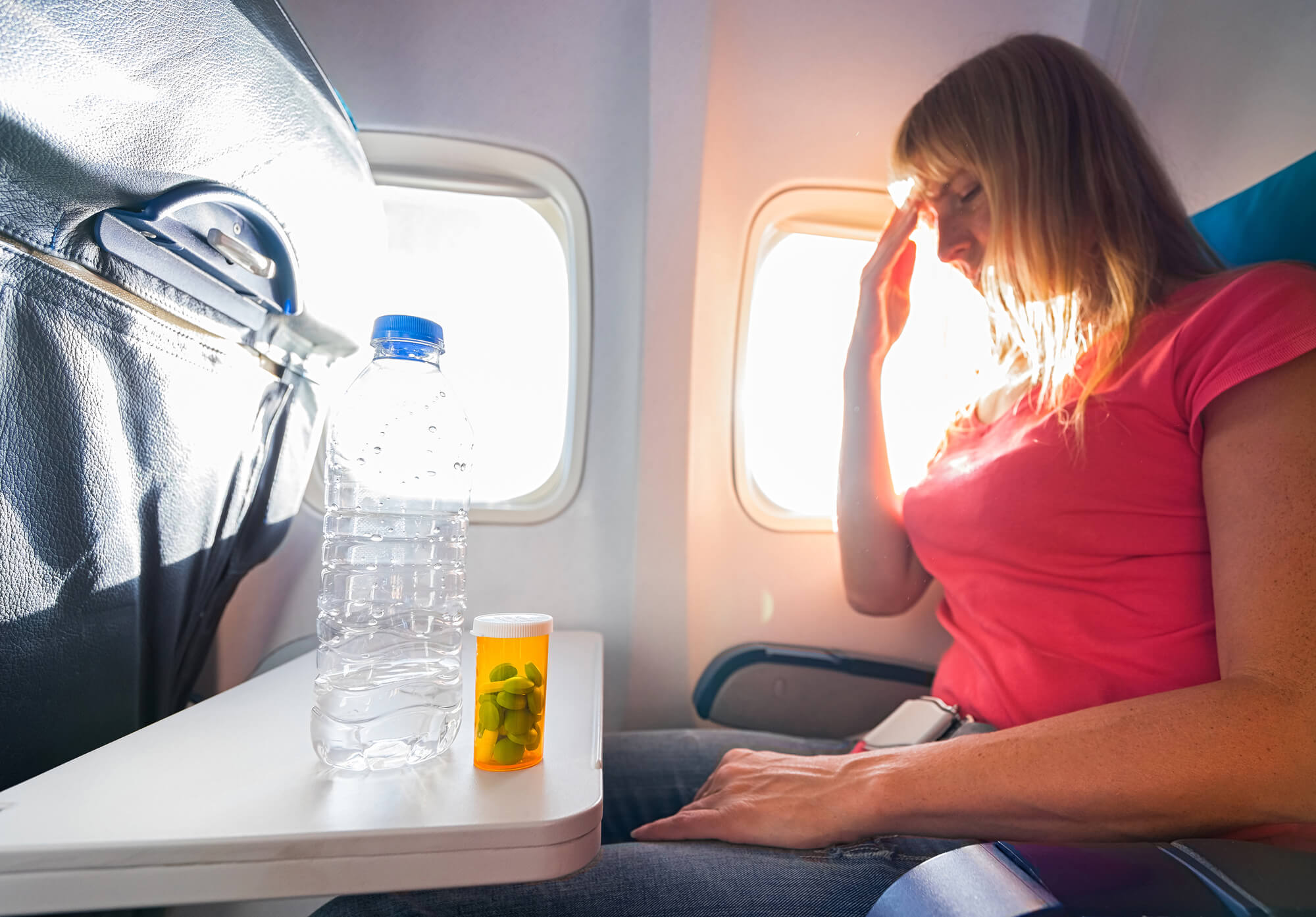 If you feel a little jittery in the moments before you leave for the airport, you might be suffering from pre-trip anxiety. It’s an increasingly common malaise in a world of uncertainty and inconsistent customer service.

“Pre-trip anxiety is a form of anticipatory anxiety,” explains Marie Casey Olseth, a psychiatrist based in Minneapolis. “It’s not a specific phobia, such as a fear of flying or fear of driving, although these phobias can contribute to the anxiety felt by someone with pre-trip anxiety.”

Symptoms may include a sleepless night before a trip, an upset stomach, or feelings of dread. To put it more bluntly, you’ll freak out a little before you fly. But don’t panic. Given the modern-day realities of travel, a little anxiety is inevitable and more common than ever. Fortunately, it’s treatable, and perhaps even preventable.

I have a close relative who always has a predictable pre-trip meltdown. It starts with packing her bags days — sometimes a week — before the journey. She insists on arriving at the airport several hours before the flight because she’s afraid of missing the plane. She’s easily agitated, no matter how smoothly the trip preparations go. And she can’t sleep the night before her departure, which doesn’t improve her travel-day disposition.

It would be tempting to blame all of that on pre-trip anxiety, but it’s a little more complicated, says Prakash Masand, a psychiatrist and the founder of the Centers of Psychiatric Excellence, a Durham, N.C., clinic that specializes in treating anxiety and depression. “Believe it or not, some people confuse excitement with anxiety because the symptoms of restlessness and increased adrenaline mimic each other,” he says.

So what’s the difference? Fear, dread and worry set pre-trip anxiety apart from mere excitement, according to Masand and other medical experts. If you’re so agitated that you’d rather call the whole thing off, it might be a severe case of pre-trip anxiety.

“It can mean not wanting to go on a trip, being uncomfortable on long car rides or flights, or being intimidated by security announcements, or personnel at the airport,” says Jennifer FitzPatrick, a Baltimore social worker and author who specializes in treating stress.

No one is immune. Consider Valerie Bowden, the author of the book “Backpacking Africa for Beginners.” She has a graduate degree in social work, which included taking many psychology classes.

“Even with my training, I experienced a lot of anxiety before one of my last big trips,” she recalls. “I was heading to Africa for seven months of backpacking. I broke down in tears in near fetal position during my layover in Frankfurt. I was terrified of everything that could go wrong.” 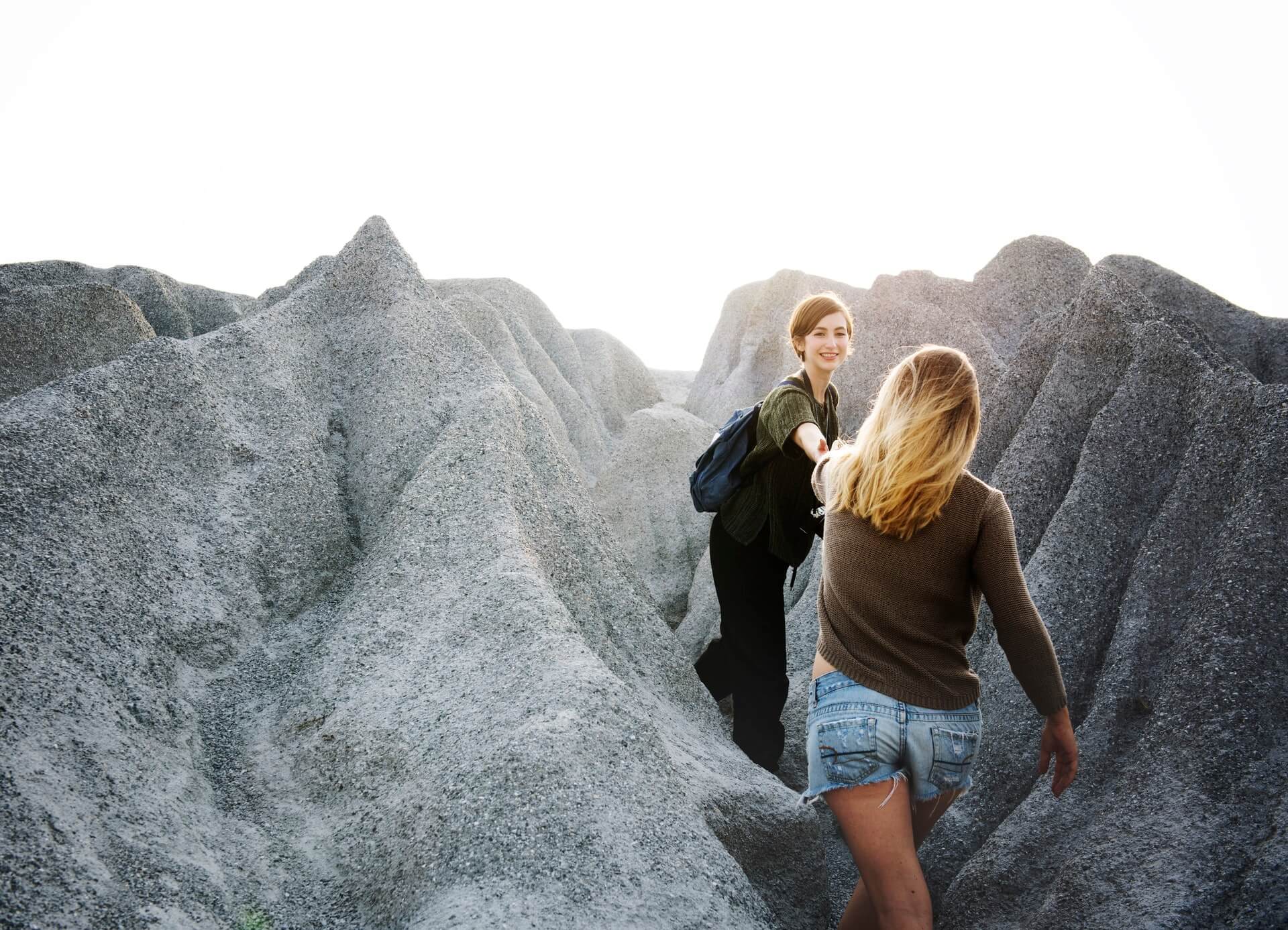 Being nervous even before departing from a trip doesn’t just make it uncomfortable for you, but also to those around you. Fortunately, it doesn’t have to be that way. (Source)

It would be disingenuous if I didn’t admit to my own fears, so here it goes: I don’t sleep well the night before a trip and I get nervous at airports. Like Bowden, I was also skittish about visiting Africa, although my biggest phobia involved all the shots I had to get. I hate needles.

It would also be unfair to the anxiety sufferers if I didn’t acknowledge that they have a reason to be worried. Accidents happen. We’re also traveling in an uncertain world, fraught with unpredictable events. A closer look at the latest Chapman University Survey of American Fears reveals that many of our top worries have a travel element of some kind, including terrorism, fear of heights and sharks.

Fortunately, there are ways to address pre-trip anxiety. Among the treatments:

Cognitive behavioral therapy: “Ask yourself how likely the negative outcome really is and how terrible it would really be,” says Judith Beck, founder of the Beck Institute for Cognitive Behavior Therapy in Bala Cynwyd, Pa. “Take each non-catastrophic prediction and figure out how you’d cope if the negative outcome did happen.” Beck says you should replace any negative images you have with more realistic scenarios.

Exposure therapy: That’s where a therapist introduces you the stimuli that are causing the anxiety. This allows you to work through this anxiety and fear with support. Michelle Maidenberg, a psychotherapist in Harrison, N.Y., does that by watching videos of takeoffs with her patients. “Following this, an individual can come up with alternative responses that refute or reality tests those given fears,” she says.

Exercise: This increases the production of serotonin and norepinephrine, otherwise known as “feel good” chemicals, in the brain. “These can help improve your mood before a trip and relieve some of your anxiety,” says Bryan Bruno, the medical director at Mid City TMS, a Manhattan-based medical center that treats anxiety and depression.

De-stressing: “When you feel anxiety coming on, pause to breathe,” says Carla Marie Manly, a Santa Rosa, Calif., psychologist. “Focus on your inhalation and exhalation. Notice that you can calm your body just by breathing.” Deep breaths can help quiet your symptoms at the moment—when you’re at the check-in counter or pulling into traffic.

But perhaps the best remedy is experience. Take enough trips, and you’ll soon realize that most of your worries are unfounded. If you miss a train, you can always catch the next one. If you forget to pack something, you can buy a replacement when you arrive.

Easier said than done, though. I’ve been on the road almost nonstop for most of my career. Still can’t get a good night’s rest before a trip.